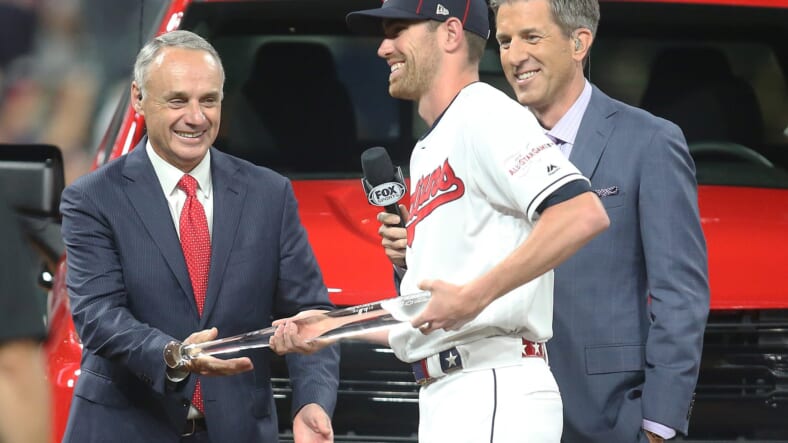 The MLB has issued new rulings that will be given to the 30 MLB clubs on Monday, according to Ken Rosenthal on Twitter.Â  This article is taken directly from the Atlantic. While the Atlanta Braves, Philadelphia Phillies and San Francisco Giants reportedly will pay employees through May 31, Major League Baseball will inform teams on Monday of a decision that will give clubs greater flexibility in dealing with nonplaying personnel during the COVID-19 pandemic.

Effective May 1, Commissioner Rob Manfred will suspend Uniform Employee Contracts, enabling teams to furlough employees or reduce their pay, according to major-league sources. Teams would not be required to take such measures, but baseballâ€™s decision would provide the possibility of relief for clubs facing the most significant financial duress as the 2020 season remains on hold.

A clubâ€™s nonplaying personnel includes managers and coaches at the major- and minor-league levels, some front-office staffers and scouts. Once baseball suspends the contracts of those employees, clubs can talk to them about a variety of adjustments, including the deferral of pay, sources said. The suspension will allow clubs to continue those employeesâ€™ health benefits.

Manfred recently informed league staff they would be paid through May 31 while also revealing that he and other senior league employees would see their salaries reduced by an average of 35 percent, according to ESPN. As baseball continues to discuss plans for how to begin the 2020 season, it is working with a former official at the Centers for Disease Control and Prevention (CDC) as its lead medical consultant, sources say.

Dr. Ali S. Khan, the dean of the college of public health at the University of Nebraska Medical Center since 2014, spent nearly two decades in a variety of positions with the CDC, most recently as its director of the office of public health preparedness and response.

Khanâ€™s professional interests, according to his biography on the UNMC web site, are emerging infectious diseases, bioterrorism, and global health security. He attended the State University of New York Downstate Medical Center in Brooklyn, N.Y., and completed a joint residency in internal medicine and pediatrics at the University of Michigan. He later earned a masterâ€™s degree in public health at Emory University.

To this writer, it would appear to indicate that as MLB mulls over all the options for getting in some type of baseball season that they may be leaning toward the Arizona/Florida plans rather than have any games at the New York Yankee Stadium or other home stadiums.Â  This plan would allow clubs to reduce or eliminate many of the payrolls for non-player personnel.