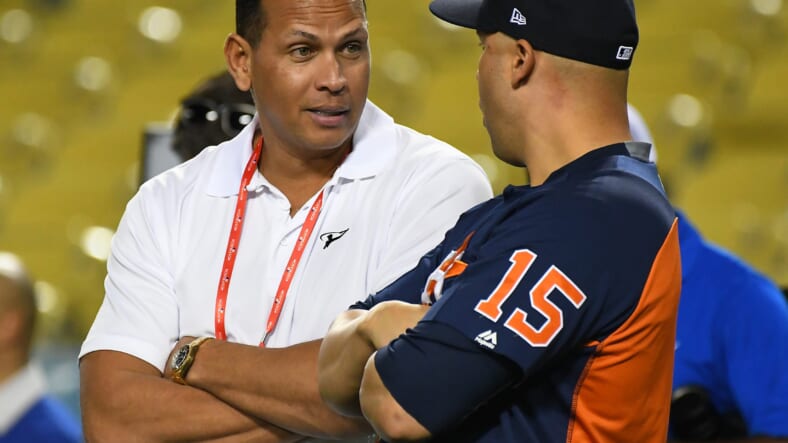 One of the most curious sports beef is the one existing between Jose Canseco and Alex Rodriguez. The former New York Yankees‘ star has been the quiet one for a while now, while Canseco keeps taking shots at A-Rod whenever he can, even when there is a pandemic killing thousands of people around the world.

The controversial slugger, retired since 2001, went to Twitter on Sunday and wrote: â€œHappy Easter to everyone except Alex Rodriguezâ€. The tweet had around 1,100 replies, 7,000 retweets and 49,000 likes.

The former Yankees’ third baseman, currently engaged to singer and actress Jennifer Lopez since last March, was accused by Canseco of cheating on J-Lo with Jose’s ex-wife Jessica. She denied the allegations, as reported by the New York Post.

At the time, Jessica wrote that the accusations were “false” and said that “I have known Alex for many years and havenâ€™t even seen him for over 5. I certainly did not sleep with him. I am friendly with both him and Jennifer. As for Jose he can keep playing with his Alien friends.”

After that, Canseco called Rodriguez a “piece of s…” and challenged him to a polygraph.

The beef, from Canseco’s part, went as far as Jose challenging A-Rod to a fight, either with boxing rules or mixed martial arts (MMA.) His wish, so far, hasn’t come to fruition, and most likely never will.

The origins of the words battle are tied to 2008. That year, Canseco wrote the famous book “Vindicated,” in which he accused Rodriguez of using performance-enhancing drugs. A-Rod, with time, accepted that he used PEDs, in 2014, back when he was an active player for the New York Yankees.

J-Lo and A-Rod’s wedding is currently postponed until after the ongoing COVID-19 pandemic is over.