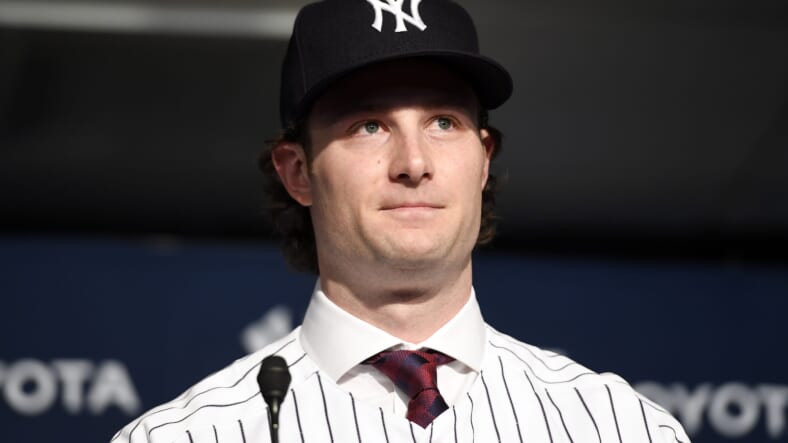 The New York Yankees signed star pitcher Gerrit Cole to a nine-year, $324 million contract over the winter, securing their “white whale.” But behind that piece of news, there was a lot of hard work done by several members of the organization, including a lot of attention to detail.

Do you want to know one of those details? Yankees’ manager Aaron Boone presented Cole with a bottle of the same wine from his anniversary dinner when he met with the organization at the Fashion Island Hotel in Newport Beach, California.

During the meeting, according to MLB.com’s Bryan Hoch, Cole admired the bottles of 2004 and 2005 Masseto Merlot, which is considered one of the finest red wines in the planet and the same vintages that he and his wife, Amy, enjoyed during their trip to Florence, Italy.

â€œThey were the only team that did that,â€ Cole recalled at George M. Steinbrenner Field during Spring Training. â€œIt was special. It wasn’t the end-all, be-all, but the tone was set that it was going to be more of a personal-touch meeting. I think itâ€™s pretty fascinating; this is a big machine that we have working here, and the fact that they put that attention to detail was meaningful, for sure.â€

Of course, the $324 million and the chance to win now and in the future were more important in Cole’s decision to sign with the Yankees. But the conversations that the team had with Lou Cucuzza Jr. about their shared Italian heritage and love for wine was a nice little detail. He recommended the 2004 and 2005 Masseto Merlot.

“To see the look on his and Amy’s face, it was great,” Boone said. “It was something that, I think, carried some sentimental meaning to them, so I think he was a little perplexed about how we figured that out. We give Lou Cucuzza all the credit for that.â€

Cole has a family of wine aficionados

Cole’s parents are wine aficionados, too. His father is a certified sommelier and his mother hosts Italian dinners each week.

â€œMy parents always had a glass of wine with dinner,â€ Cole said. â€œMy dad would have my sister [Erin] and I cook with him on the weekends; we’d make some bigger meals. He was always into pairing wines and stuff. When I signed, I built them a wine room off the house and kind of accelerated his passion from there. I think the history of it is really fascinating in the sense that it’s just grape juice, and we’ve been doing it for thousands of years.â€

Cole knows his wine. He can name world regions famous for their wine and recently visited a popular store near Steinbrenner Field, the Yankees’ camp. Looking for new bottles and flavors relaxes him.

â€œI’ve gotten to know a good handful of producers,â€ Cole said. â€œAs technical as you can get with some of the ways we can grow grapes, especially in the U.S., some of the best wines in the world are still made by the hands of small organic farmers in the middle of Burgundy or in the middle of Bordeaux. Itâ€™s always a good topic of conversation. We’re always looking for something else to talk about other than just baseball.â€