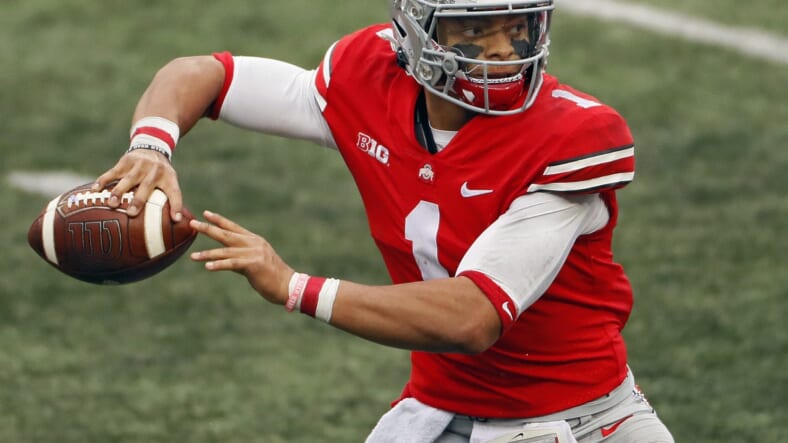 With the 2021 NFL Draft officially having concluded, the Chicago Bears came away with quite the haul. First-round picks quarterback Justin Fields highlight’s the Bears class, but second-round pick offensive tackle Teven Jenkins projects to be a day one starter.

Chicago used its final five draft picks to add players who are expected to be depth options in 2021 but could eventually become starters down the road. What’s significant about the Bears draft haul is that five of Chicago’s seven draft picks were offensive players.

Investing heavily on offense isn’t something that the Bears franchise has been known to do. In what is a defense-first town, the Bears have lacked on offense. Between 2019 and 2020, Chicago’s offense was in the bottom half of the NFL in nearly every category.

Head coach Matt Nagy and general manager Ryan Pace both saw issues that the Bears had in 2020 and used the 2021 NFL Draft to address the issues. Sixth-round picks Khalil Herbert, and Daz Newsome will likely contribute on special teams in year one. Both bring an element of speed to the Bears offense that was missing in 2020.

Fifth-round pick Larry Borom can play either right tackle or guard. Borom brings physicality and toughness, playing with a mean streak. Borom may not start from day one, but he did showcase enough potential at Missouri to warrant eventually starting as soon as 2022.

The Bears offense-heavy draft has a single message: Under Nagy, gone are the days of Chicago being a defense-first franchise. The goal now is to reverse the trend, becoming an offense-first team.

The Bears have tried to become an offense-first team in the past. The Marc Trestman days showcased what was a failed experiment. Expect this time around to be different, simply because the Bears finally got quarterback right.

If Fields lives up to expectations, Chicago will have finally gotten it right. Not just the quarterback position but for the first time in the Bears 102-year franchise history.