Chicago Bears: Time for Trevis Gipson to step up 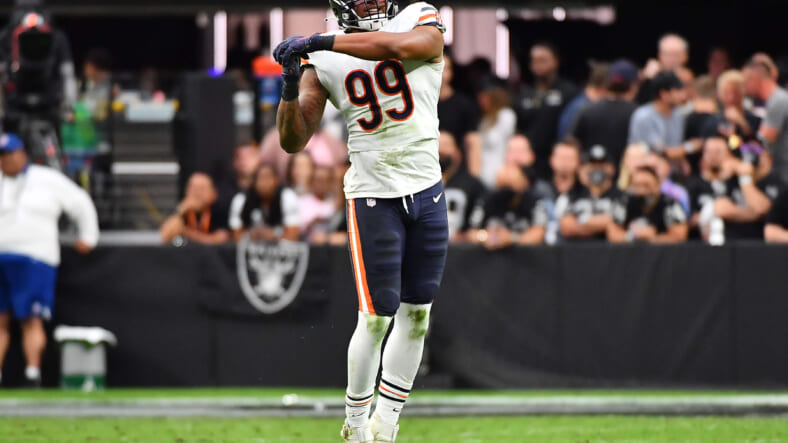 With the Chicago Bears returning home to take on the San Francisco 49ers in week eight, reports have surfaced that the face of the Bears defense, Khalil Mack is unlikely to play due to a foot injury.

Chicago, whose pass rush is already short-handed with veteran Robert Quinn being on the reserve/COVID-19 list will likely rely on second-year pass rusher Trevis Gipson to fill the void. Expect undrafted free agent Charles Snowden to be called up to the active roster.

With an aging defense, the only silver lining is that Gipson and Snowden will get additional reps, giving the Bears an opportunity to evaluate what young talent of the future is able to do. While Mack is under contract through the 2024 season, the likelihood of Quinn being designated as a post-June first cut in 2022 seems high, especially with the Bears hoping to extend linebacker Roquan Smith, a key face of the defense.

For the first time all season in week 7, a hobbled Mack and banged up Bears defense failed to record a sack. While Chicago is one of the NFL’s leading teams in total sacks, the 49ers do have a solid enough offensive line that will be sure to test Gipson and Snowden.

Gipson’s progression as a rotational player will be under the microscope throughout the rest of the season. Playing just 35 percent of snaps on defense in 2021, the second-year pass rusher has missed 23.1 percent of tackles but racked up two sacks, two quarterback hits, and two tackles for loss.

For the first time in what feels like forever, the Bears defense may not trot out Mack against an opponent, meaning the true mentality of next-man-up will be on display Sunday afternoon at Soldier Field.