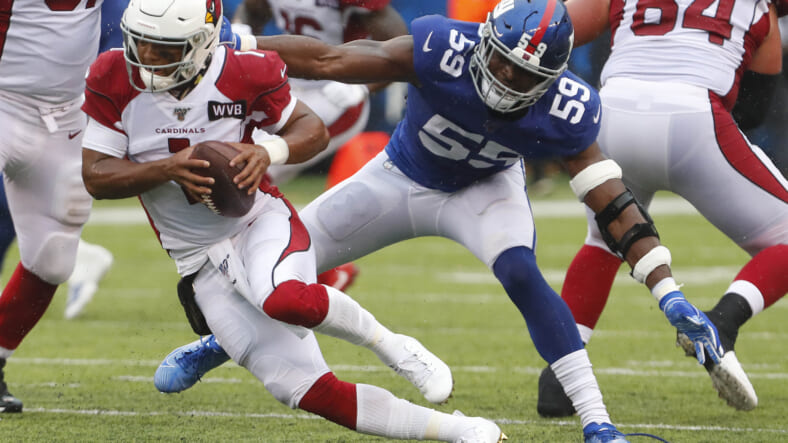 The Buffalo Bills conquered the forces of Russell Wilson last week, but their NFC West endeavors get no easier.

A win over the NFC-leading Seattle Seahawks should’ve, in theory, rendered doubters in the 2020 Buffalo Bills an endangered species. The Bills not only led a majority of the Seattle game by at least two possessions, but they neutralized the Swiss Army quarterback that is Russell Wilson through four turnovers (two interceptions and fumbles each).

But any progress the Bills made last weekend can immediately become undone by Wilson’s NFC West compatriot.

The road to respectability revealed a fast lane for the Bills last weekend, but another roadblock awaits in the form of the Arizona Cardinals this Sunday (4:05 p.m. ET, CBS). Buffalo (7-2) will face an Arizona offense that sits atop the NFL at 422 yards a game. The Cardinals (5-3) not only enter with voltage but fury as well after enduring a 34-31 defeat to the Miami Dolphins last weekend.

The primary reason for the revolution has undoubtedly been a combination of quarterback Kyler Murray, a top overall draft pick who has made several large leaps in his sophomore season. Murray has thrown at least one touchdown pass in each of his eight games thus far. That includes three each over the past two games to tally 16 on the season.

â€œTheyâ€™ve got a terrific young quarterback…and an offense that is ranked number one in the league, so weâ€™re gonna have our hands full with what they do on offense,â€ Bills defensive coordinator Leslie Frazier said earlier this week, per Sal Maiorana of the Rochester Democrat and Chronicle. â€œTrying to get a grasp around whatâ€™s the best approach that we need to take to slow them down. Itâ€™s hard to compare (Seattle and Arizona) other than the fact that they are both very explosive offenses. Weâ€™re gonna have to bring our â€˜Aâ€™ game to have a chance to be successful.â€

â€œThe speed and quickness element are off the charts,â€ head coach Sean McDermott added in the same report. â€œHaving never coached against him before, just when youâ€™re watching on film and you watch it on TV, you can see the difference. Weâ€™re talking elite (defensive) athletes that are around him, heâ€™s not running around just average athletes out there, heâ€™s running around great athletes, and he looks different even than those athletes, so Iâ€™ve been able to get an appreciation for him.â€

Murray has also caused relentless damage on the ground, gaining at 50 rushing yards in all but two games this season. He put up a career-best 106 in a losing effort against the Dolphins last week but the Cardinals are 6-3 when he otherwise reaches the half-century mark on the ground.

During game prep for Arizona, reserve receiver/returner Isaiah McKenzie played the role of Murray on the scout team.

â€œIt certainly helps,â€ McDermott said of the McKenzie imitation, in another report from Garrett Stepien of 247 Sports. â€œA lot? I donâ€™t know, I think that remains to be seen. I would just say it certainly helps to get ourselves acclimated to that type of speed and quickness.â€

Another factor in the Arizona revolution has been receiver DeAndre Hopkins, who came over to the Cardinals through an offseason trade with the Houston Texans. Hopkins’ final game in the Space City came against the Bills during the AFC Wild Card playoffs, when he earned 90 yards on six receptions in addition to a two-point conversion in the Texans’ overtime victory. Arizona’s other offensive talents include running back Kenyan Drake and Hopkins’ fellow receivers Christian Kirk, Andy Isabella, and the immortal Larry Fitzgerald.

Only adding to the Bills’ plight is the fact that they’ll be missing two of their top cornerbacks (Josh Norman, Levi Wallace) and a strong reserve safety (Dean Marlowe) after a positive COVID-19 test also sidelined several of those in close contact. Buffalo has made several roster moves to combat the losses.