Tyler Johnson views the Brooklyn Nets as a chance at ‘redemption’ 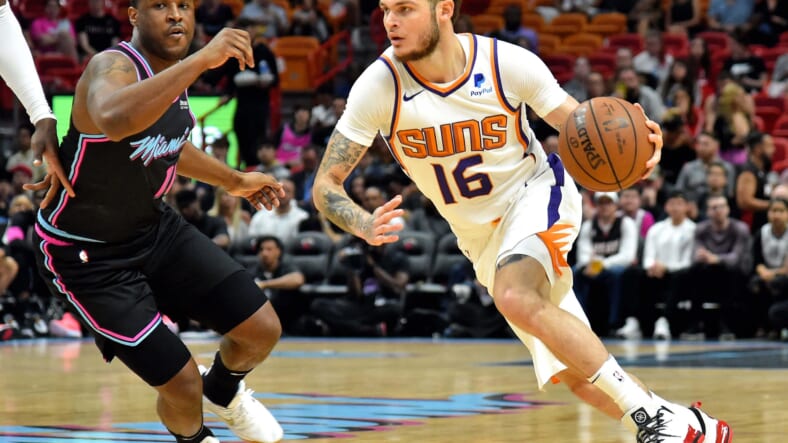 Tyler Johnson will be one of the handful of new faces suiting up for the Brooklyn Nets in the NBA restart later this month.

Ironically, Johnson signed a four-year, $50 million offer sheet with the Nets in 2016, but the Miami Heat matched the contract, as the guard was a restricted free agent.

Johnson is “ecstatic” to finally be playing for the Nets (quotes perÂ Brian LewisÂ of theÂ New York Post).

â€œMy mom still says Sean is one of her favorite people of all time. Weâ€™re very fortunate to be in this position. I signed that offer sheet four years ago, so I was ready at that time to become a Net,â€ Johnson said, referring to a restricted free agent offer sheet.

â€œObviously we know the story, Miami matched it. But â€¦ we were very interested in what was being built here. So we actually did sign that offer sheet and I was ecstatic when we got that call to come back over here.â€

Nets interim head coach Jacque Vaughn says Johnson “fit into the description of what a Net is.”

“I did meet Tyler and overall impression was this was a guy weâ€™d love to have with us in our organization, a guy that understands what it means to play and consider more than just himself when heâ€™s on the floor. So he fit into the description of what a Net is,â€ Vaughn said.”

â€œPart of lifeâ€™s twists and turns. We get him a little later, and fortunate to have him on the team now.â€

The Heat traded Johnson to the Phoenix Suns two and a half seasons into his four-year deal. The Suns released Johnson in February.

Johnson ponders whether he was “100 percent” in Phoenix.

â€œMaybe I wasnâ€™t at 100 percent. I was working through it, trying to get right. But I didnâ€™t have that pop, that bounce I used to have where Iâ€™d try to go up over the top of people. Who knows if that played a role in anything,â€ said Johnson, adding his knee is OK now. â€œI donâ€™t put any blame anywhere but myself. At the end of the day I can only control myself.”

Johnson views being with the Nets as a chance at “redemption.”

â€œObviously it didnâ€™t work out the way I wouldâ€™ve wanted. There was a handful of things that couldâ€™ve gone better, not necessarily being anybodyâ€™s fault. Coming in and having the quick change, it took a long time for everyone to get on the same page. Unfortunately it didnâ€™t work out. But fortunately, Iâ€™m here. I find myself in a position where I can have a little bit of redemption.â€

Johnson averaged 5.7 points and 1.6 assists per game while shooting 38.0 percent from the field across 31 games with the Suns this season.