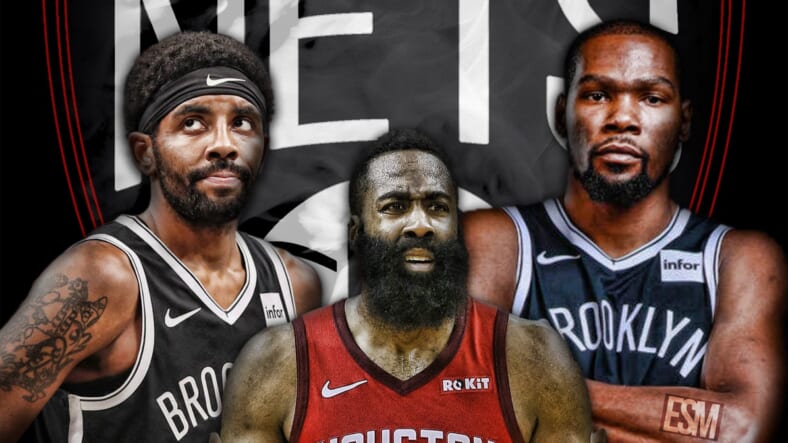 The Brooklyn Nets and the Houston Rockets are nearing completion of a blockbuster deal that will send James Harden to Brooklyn, according to Anthony Puccio of Front Office Sports.

Multiple sources have told Puccio that there’s a deal in place, and both teams already have a verbal agreement.

Shortly after the news broke out, Farbod Esnaashari of Sports Illustrated put out more details on the imminent trade.

Sources indicate the Nets are willing to put forth a “massive effort” to land Harden. Adding an impressive collection of first round picks/swaps to the group of players initially discussed in Saturday’s first report (LeVert, Dinwiddie, Allen, and Prince).

The Rockets are seeking a massive haul in return for Harden, who has been the face of the franchise since 2012. The 2018 MVP earned his third scoring title last season after averaging 34.3 points. In addition to his dynamic scoring, Harden also averaged 7.6 assists, 6.6 rebounds, and 1.8 steals, becoming just the third player to lead the NBA in total points and steals to join Michael Jordan and Allen Iverson in the exclusive group.

Harden, 31, earlier rejected a two-year, $103-million extension offer putting more pressure on the Rockets to trade him to his preferred destination.

The Nets rose on top of Harden’s wish list after conversations with Kevin Durant and Kyrie Irving on the West Coast, and with former Rockets coach Mike D’Antoni joining the Nets in an assistant role to first-time head coach Steve Nash.