Report: Kyrie Irving could return as soon as Nets-Grizzlies game 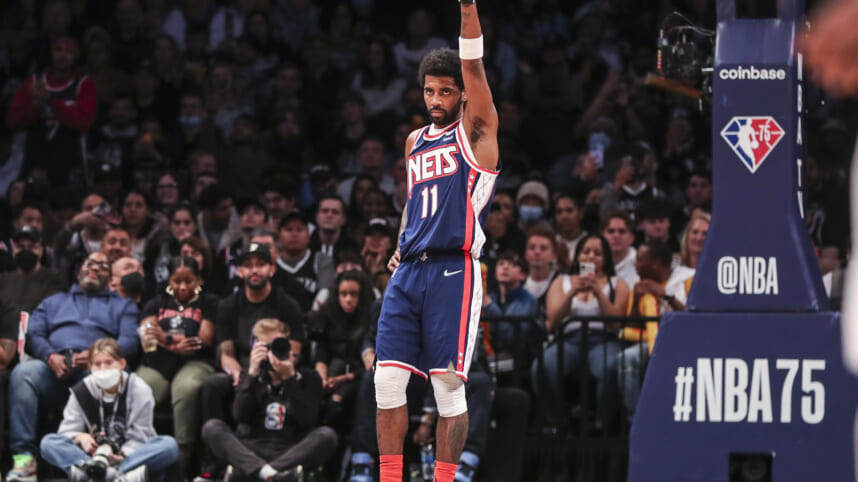 The Brooklyn Nets could have Kyrie Irving back as soon as Sunday when they host the Memphis Grizzlies after their current five-game West Coast trip.

According to an ESPN report, Irving has been working on the background not just to satisfy the long list of requirements that was asked of him, but he has taken ownership of the process.

“Kyrie is continuing his journey of dialogue and education. He has been grappling with the full weight of the impact of his voice and actions, particularly in the Jewish community. Kyrie rejects antisemitism in any form, and he’s dedicated to bettering himself and increasing his level of understanding. He plans to continue this journey well into the future to ensure that his words and actions align with his pursuit of truth and knowledge.”

Irving would miss his eighth straight game Thursday night when the Nets visit the Portland Trail Blazers, hoping to end a two-game skid. The Nets have won four of the seven games Irving has missed.

The controversial All-Star guard was suspended on Nov. 4 after repeatedly refusing to apologize for posting a link to a film with antisemitic tropes. The post has been taken down and he finally apologized after the announcement of his suspension.

He has since met with NBA Commissioner Adam Silver and Nets owner Joe Tsai, and they both believed that Irving is not antisemitic.

Two of Irving’s former teammates — Jaylen Brown (in Boston) and LeBron James (in Cleveland) — came forward to air their displeasure over what they perceived was the Nets’ excessive requirements.