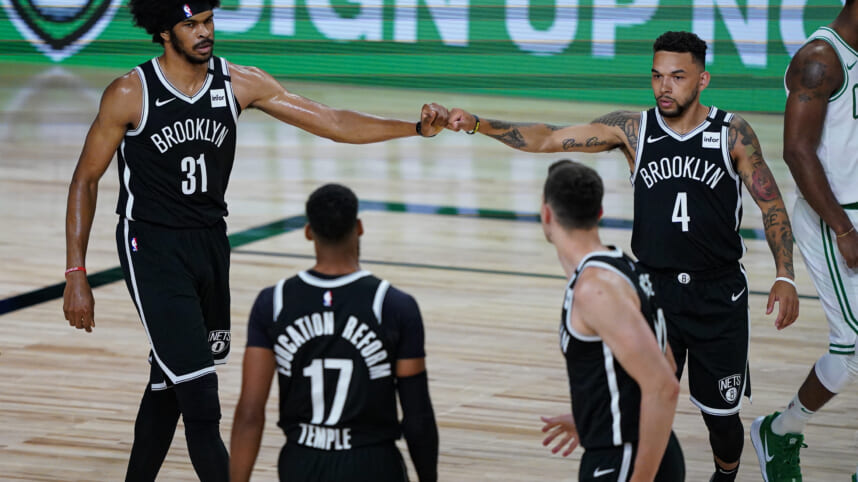 The Brooklyn Nets‘ opening night roster has been set.

After releasing Donovan Williams on Friday, the Nets announced they had waived Chris Chiozza and RaiQuan Gray cutting the roster to the league maximum 17 (15 on standard deals and 2 two-way players).

Chiozza appeared in only two games with the Nets in the preseason. He was scoreless in both games though he averaged 3.0 assists. But he was minus-9.5, making him expendable. Gray only appeared in one game and played three meaningless minutes.

Yuta Watanabe, who averaged 5.8 points and 3.0 rebounds on top of his tenacious defense, secured the final spot on the roster.

Earlier, the Nets also signed Marcus Zegarowski, Kaiser Gates, Brandon Rachal and Noah Kirkwood to Exhibit 10 deals, but these were also waived. Most, if not all, of them, are likely to play with the Long Island Nets in the G League.

With the opening night roster set, only the final spot in the starting unit is still to be determined. Kevin Durant, Kyrie Irving, Ben Simmons and Nic Claxton are locked to start. Royce O’Neale looms to be the favorite over Joe Harris for the final spot with his defensive upside. Both can shoot the three-ball although Harris, a former three-point champion, has a better percentage.