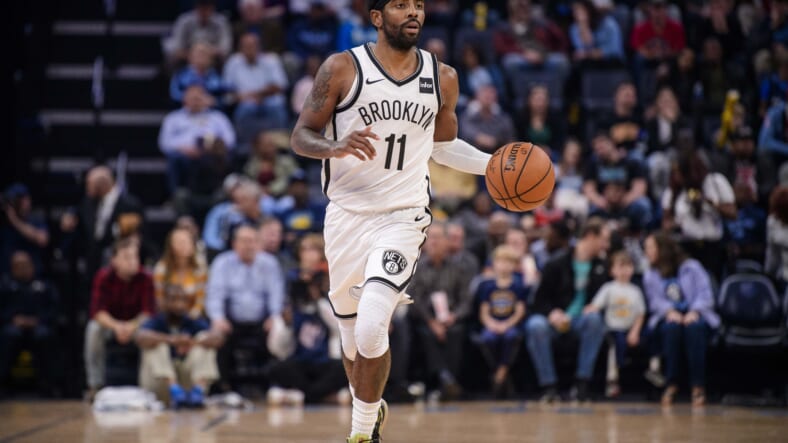 The Brooklyn Nets are without roughly half their roster in the NBA bubble due to a combination of injuries and players opting out of play. Subsequently, those present have assumed larger workloads in head coach Jacque Vaughn’s rotation, one of them being Caris LeVert.

In the six games he has appeared in since the regular season resumed, LeVert has averaged 25.0 points, 6.7 assists and five rebounds per game while shooting 48.0 percent from the field.

Kyrie Irving is among the Nets players absent from the bubble, but the star point guard has offered LeVert words of encouragementÂ (quotes perÂ Marc Berman of the New York Post).

â€œI talked to Ky [on Friday] morning, talked about the games and playoffs coming up and giving me encouragement,â€™â€™ LeVert said on a Zoom call Saturday. â€œHeâ€™s watching all the games. Heâ€™s been in this position before, fighting for something.â€™â€™

The Nets took the Portland Trail Blazers, who were playing to get into the NBA playoffs, to the final buzzer of their Thursday night matchup. Despite losing 134-133, there were positives for the Nets to build on, specifically LeVert’s performance.

Vaughn feels Irving reaching out to LeVert is “huge.”

â€œItâ€™s huge Caris got a call from Ky â€” thatâ€™s a great thing this isnâ€™t an individual sport,â€™â€™ Vaughn said. â€œJust because we donâ€™t have the group with us, doesnâ€™t mean they canâ€™t be part of it. Caris appreciated that.â€™â€™

The Nets finished the regular season 35-37, which is good for the seventh seed in the Eastern Conference, and 5-3 in the bubble. They’ll begin their first-round series matchup with the second-seeded and defending NBA-champion Toronto Raptors on Monday. Tipoff is at 4 p.m.