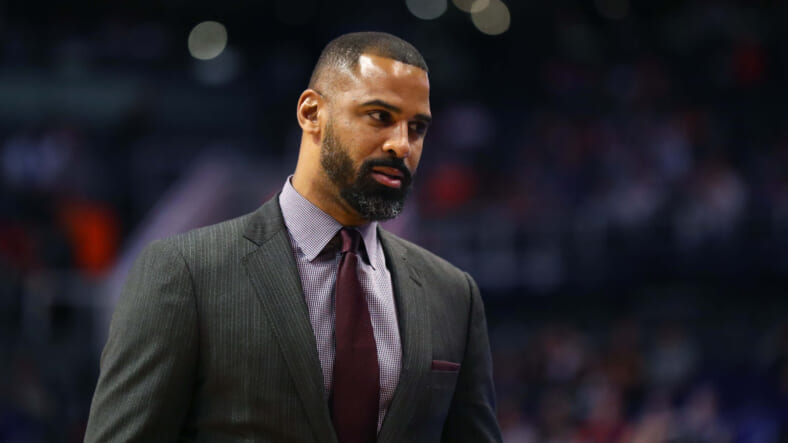 Kidd played seven and a half seasons with the New Jersey Nets and coached the Brooklyn Nets in the 2013-14 NBA season. He was traded to the Milwaukee Bucks after one year, where he coached for three and a half seasons. Kidd is in his first season as an assistant with the Lakers.

Udoka was an assistant with the San Antonio Spurs from 2012-19. He joined Philadelphia’s coaching staff in 2019.

Lue was an assistant coach for the Boston Celtics from 2011-13, the Clippers in the 2013-14 season and the Cleveland Cavaliers from 2015-16 before being promoted to head coach in January 2016. Lue’s Cavs won the 2016 NBA championship. The head coach was fired six games into the 2018-19 season and rejoined the Clippers coaching staff in 2019.

The Nets, 34-36, are 6-2 under Vaughn and 4-2 in the NBA bubble. They recently clinched the seventh seed in the Eastern Conference. They’re playing without Spencer Dinwiddie, DeAndre Jordan, Taurean Prince, Wilson Chandler, Nic Claxton, Kyrie Irving and Kevin Durant in Walt Disney World.