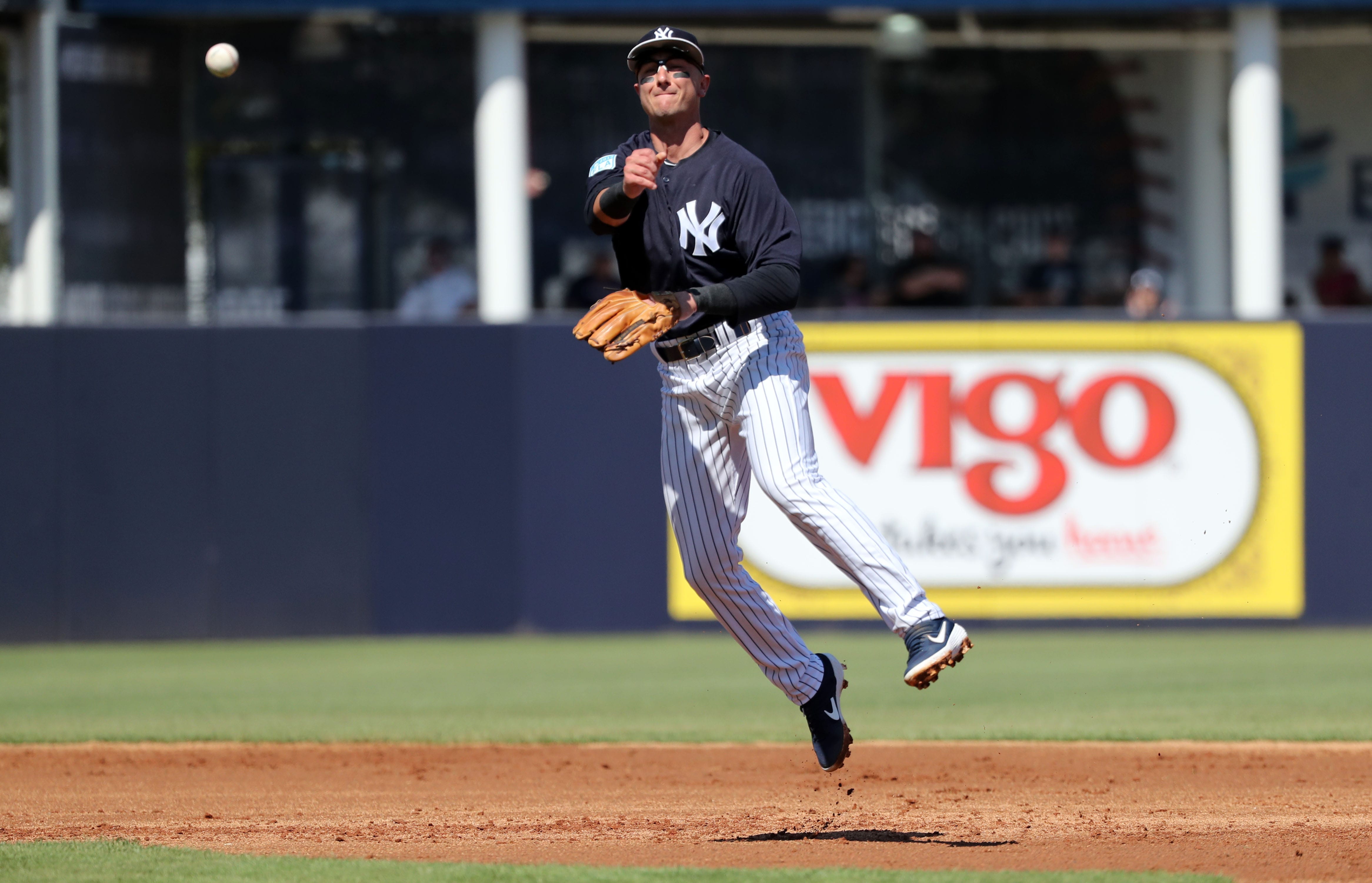 A home run here, a home run there, New York Yankees veteran infielder Troy Tulowitzki has started off his tenure with the Bombers in impressive form. Against his former team the Toronto Blue Jays, Tulo smacked an opposite-field solo shot in his first at-bat with his new club.

Several days later, the shortstop hit a three-run blast that drove in Aaron Judge and Giancarlo Stanton. His power has been an unexpected surprise thus far in spring training, and while the regular season is a far different challenge, he’s shown flashes of his former self.

Tulowitzki sat out all of 2018 on the injury list but has returned fully healthy and ready to act as the stopgap for Didi Gregorius at shortstop. The Yankees’ usual starter is rehabbing from Tommy John surgery and is expected to return sometime in the later summer months.

The veteran will earn a majority of the starting reps at short, but the Yanks must be careful with his workload and how they utilize him over the course of the hot months. It’s expected that second baseman Gleyber Torres will also play at short to give Tulo breaks on occasion.

What should the New York Yankees expect from Tulo?

The 12-year-veteran has plenty of experience to bring to a young team. His knowledge alone is well-worth the low-cost the Yanks are investing in the stop-gap infielder. The last time Tulowitzki performed at an above average level was in 2015 – .280 batting average, 17 homers, 70 RBIs.

His influence on the team will be dependent on his health and confidence leading into the season. Having already hit two homers and portraying visions of his former self defensively have elevated him to “impactful player” ahead of the 2019 season.

His motivation isn’t only joining the Yankees, the team he wished to play for during his prime when the infamous Derek Jeter featured, but rather his son. The rehab process that set him back an entire season allowed him to reflect on his life as a father and how important it is for his son to watch him perform at a high level:

“He was 3 the last time he was watching games, and he don’t remember that. To have him see me, that’s what I thought about each and every day.”