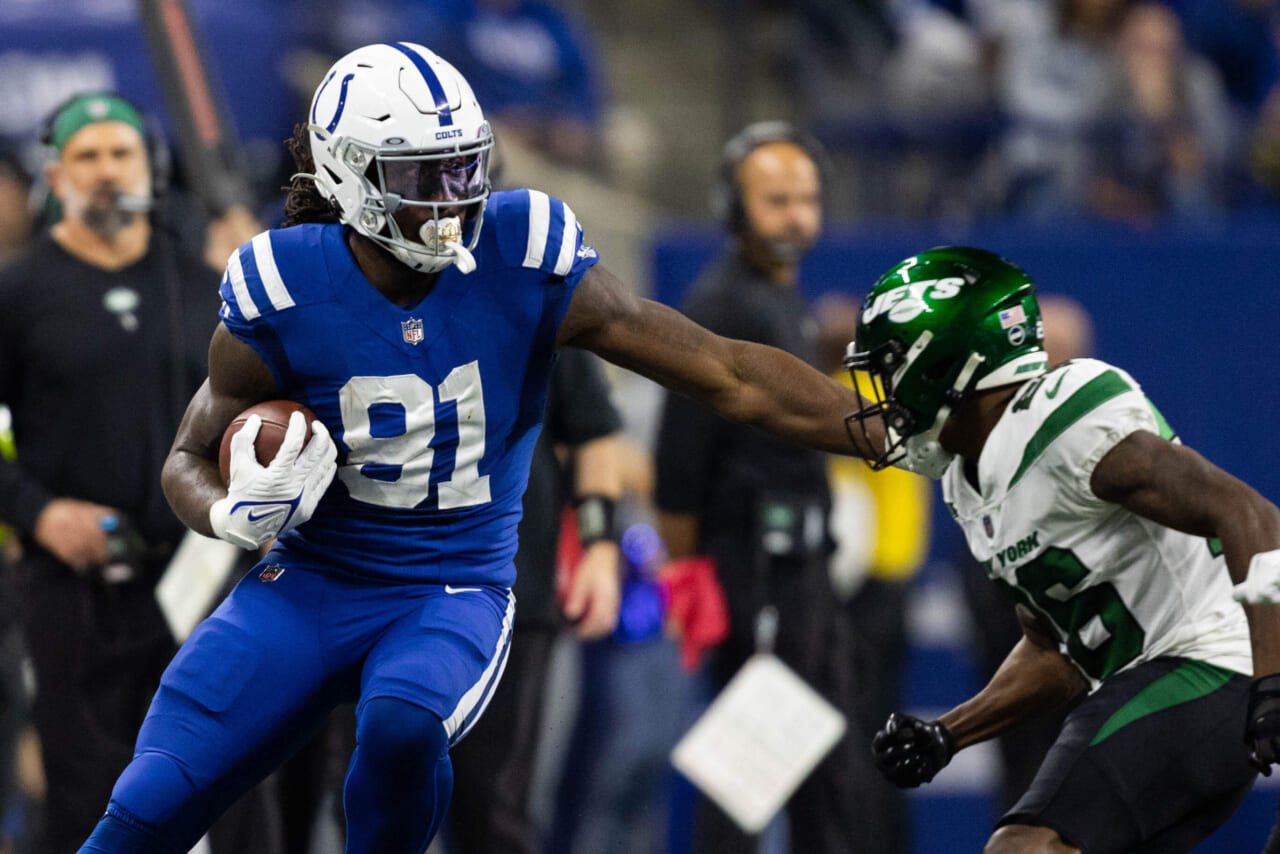 The New York Giants have not yet closed the door on bringing tight end Evan Engram back for the 2022 season. However, after four disappointing seasons, it would not be surprising to see the Giants move on from the 2017 first-round pick and look for a replacement. Free agency starts up next week, and there are a few tight ends that New York could potentially target to replace Evan Engram.

Giants fans should be familiar with tight end Zach Ertz. Ertz spent the 2021 season in the desert with the Arizona Cardinals, but he spent the first eight seasons of his career with the Philadelphia Eagles. The Giants fell victim to many Zach Ertz touchdowns in big division-rivalry games over the years. Now they could attempt to turn Ertz to the light side.

Zach Ertz was a three-time consecutive Pro Bowl selection during the prime of his career in Philadelphia. He might not be that same high-caliber player, but Ertz is still bound to earn a pretty penny in this free agency period. In 2021, Zach Ertz played in 17 games with two teams, totaling 763 yards on 74 receptions with five touchdowns. This was a real bounce-back after an injury-plagued 2020 season that saw Ertz post career-lows in nearly every statistic.

Zach Ertz is 31-years-old, but he’s still got it. Ertz is a quality starter at the tight end position that would serve as an instant upgrade in the New York Giants’ offense. However, Ertz should have a decent market of teams interested in his services, pushing his potential price tag over the $10 million yearly average and potentially out of New York’s budget.

Considering their current salary cap situation, Mo Alie-Cox might still be out of the Giants’ price range. But if New York is going to pay up for a tight end during this free agency period, Alie-Cox might be the perfect target. Mo Alie-Cox is a veteran tight end with a well-rounded skill set that could make him a perfect fit in Brian Daboll’s new offensive scheme.

The Indianapolis Colts utilized Mo Alie-Cox in a 12-personnel heavy offense that featured him alongside Jack Doyle. With Doyle’s retirement announced this week, Mo Alie-Cox could be a priority re-signing for the Colts. But if he manages to hit free agency, the Giants should consider making Alie-Cox their top priority.

This isn't a huge play I just like to watch Mo Alie-Cox block pic.twitter.com/yq6s7t5zCR

Mo Alie-Cox has the ability to impact the game as both a receiver and a blocker. This falls right in line with the Giants’ plans, according to Ryan Dunleavy of the NY Post. Dunleavy explains that the Giants are planning on moving on from both of their 2021 fullbacks where the thought is “to acquire a tight end who offers H-back flexibility.” Alie-Cox’s blocking abilities give him that flexibility.

In 2021, Mo Alie-Cox recorded 24 receptions for 316 yards and 4 touchdowns in a two-tight end system. He is a solid receiver with YAC ability. A player with talents like these will not be cheap, but given his lack of statistical productivity, Mo Alie-Cox could potentially be signed for a contract around $6-7M per year – a price that the Giants could reach if they deem a versatile tight end necessary.

In 2017, three tight ends were drafted in the first round. Evan Engram, who seems bound to move on from the Giants, is a coveted free agent this year. David Njoku received the franchise tag from the Browns this week after a successful start to his career. But OJ Howard has struggled to get his footing at the professional level and is now looked at as a low-budget free agent this offseason.

OJ Howard is one of those potential low-risk, high-reward free agents. Howard did not reach his full potential with the Tampa Bay Buccaneers, but is the potential to become a quality starter still there?

Signing OJ Howard would likely be an inexpensive proposition. A one-year deal worth under $5M is a probable projection for Howard. The 2017 first-round pick totaled only 14 receptions for 119 yards and 1 touchdown as Rob Gronkowski’s backup in 2021. Howard has flashed talent and potential in the past, though, as he racked up 565 yards and 5 touchdowns in 2018. The Giants could bank on brian Daboll unlocking OJ Howard’s hidden talent with an inexpensive “prove-it” deal this offseason.

For a deeper analysis and discussion on this topic, check out the video below by Fireside Giants and subscribe for more New York Giants content: