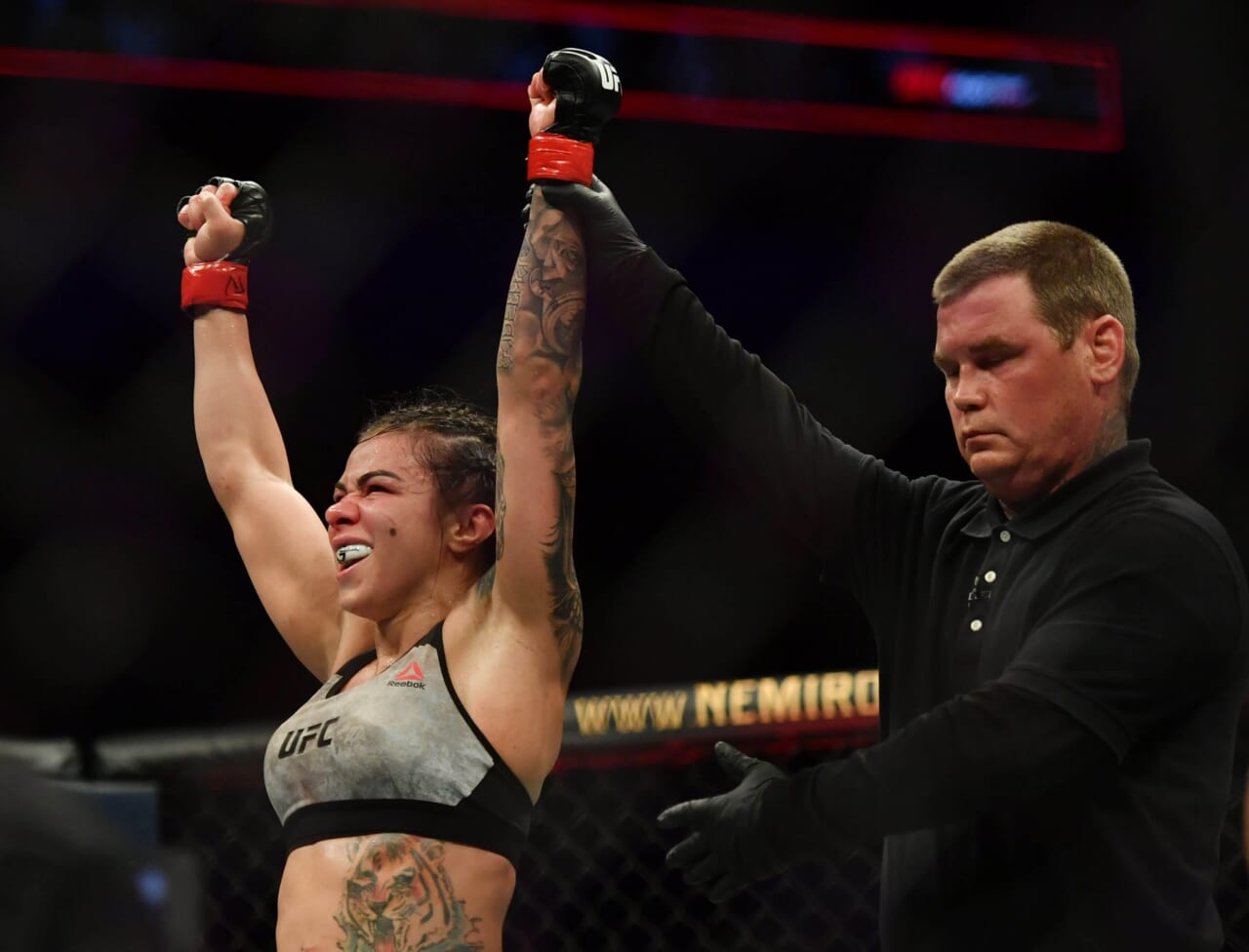 One of the more anticipated matchups in the UFC‘s strawweight division for the fall has been cancelled. Per Combate and MMA Fighting, Claudia Gadelha (18-4) has been forced to withdrawal from her UFC 253 matchup against Yan Xiaonan (12-1-1).

Gadelha was riding a two fight winning streak going into UFC 253. The former title challenger was looking to make it three in a row inside the octagon. Gadehla is trying to climb the latter towards another shot at the gold. This is the second time Gadelha has had to deal with a knee injury.

This is tough news for the tenth ranked fighter in the strawweight division, Xiaonan. She has gone 5-0 since joining the UFC with wins over Angela Hill and Karolina Kowalkiewicz. A win over Gadeha would be the biggest win of her career.

The UFC is building a very solid presence in their Asian markets on the shoulders of their first Asian champion, Weili Zhang. Xiaonan is another great fighter that has come out of China to show how good their talent pool is.

One has to think that the UFC would love to build up Xiaonan to the point of having her contend for the title. Xiaonan could be another bright spot for the promotion in their Asian markets.

This fight was a big fight to see exactly where Xiaonan was in her journey to be a top contender. There is no word on if the UFC will look to book Xiaonan against someone else or if they will just wait for Gadelha to heal up.