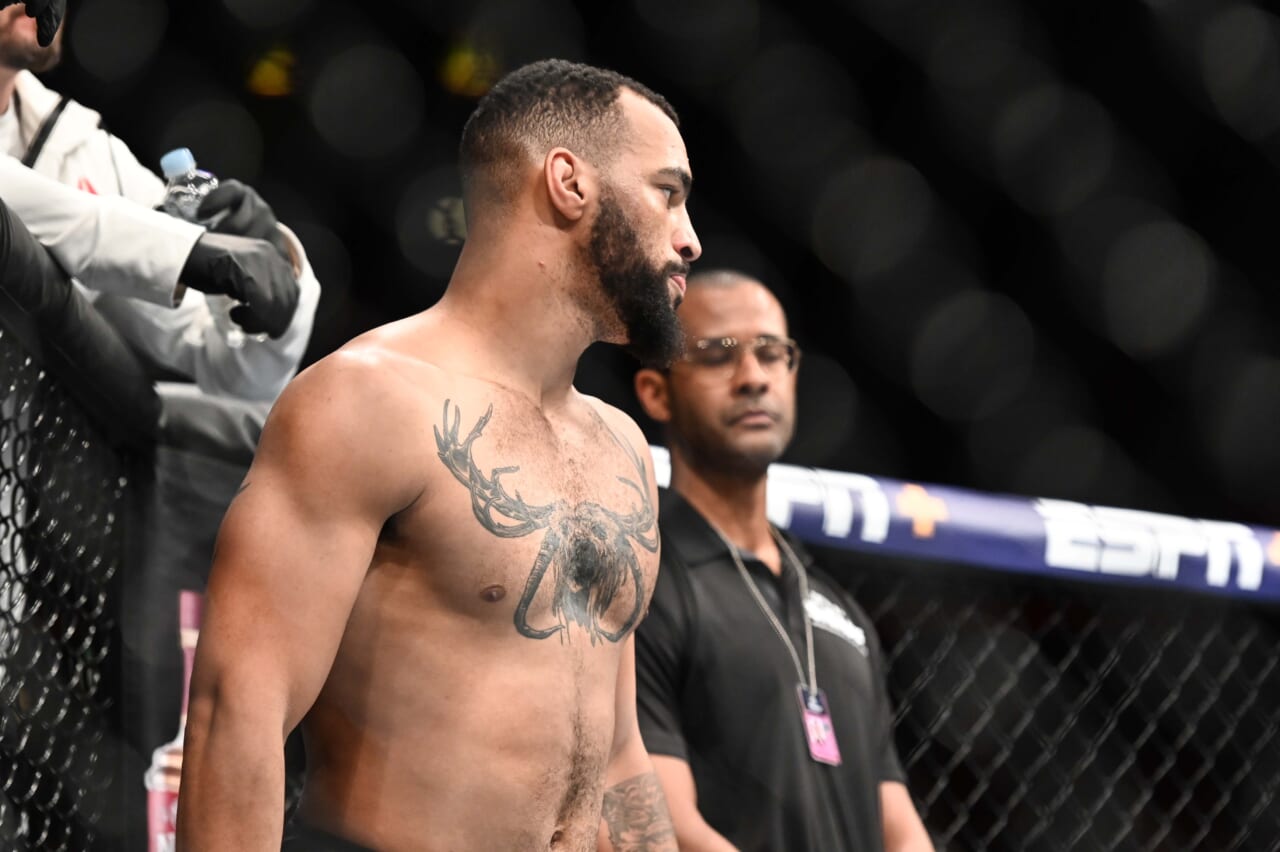 The UFC has finalized a unique heavyweight matchup for a Fight Night in May. MMA Junkie was the first to report last night that the promotion had finalized a matchup between “Brown Bear” Devin Clark (12-6) and William Knight (11-3).

The matchup will take place at UFC Vegas 51 which goes down in a couple of weeks on April 16th. What’s interesting about this matchup is the weight class that it’s taking place at. The two men will compete at heavyweight.

Both are light heavyweight fighters, but William Knight badly missed weight his last time out. This is likely one of the reasons that the UFC decided to have him fight at heavyweight but it’s interesting that Clark took the fight.

Knight came onto the UFC scene when he earned a contract on The Contender Series back in 2020. Since making his octagon debut, he’s gone 3-2. The last time we saw him was against Masx Grishin at UFC 271 where he lost by unanimous decision.

UFC Vegas 51 will be the first time we’ve seen Devin Clark since his fight with Ion Cutelaba that took place last September. In a brutal fight, Clark lost a lopsided decision which was his second straight loss inside the octagon.

Prior to that loss, he was submitted by former title challenger Anthony Smith. Clark made his UFC debut when he was a perfect 5-0 yet he’s gone just 7-6 inside the octagon. While it’s not the most impressive record, it’s important to remember the competition.

Five of Clark’s UFC losses have come against Jan Blachowicz, Aleksandar Rakic, Ryan Spann, Ion Cutelaba, and Anthony Smith. He’s not losing to just average light heavyweights. He’s only struggled against some of the best in the world.

His last win came nearly two years ago when he defeated Alonzo Menifield. You can imagine that Clark is anxious to get his hand raised at UFC Vegas 51. This is an interesting one, but it should be a good one in a couple of weeks. 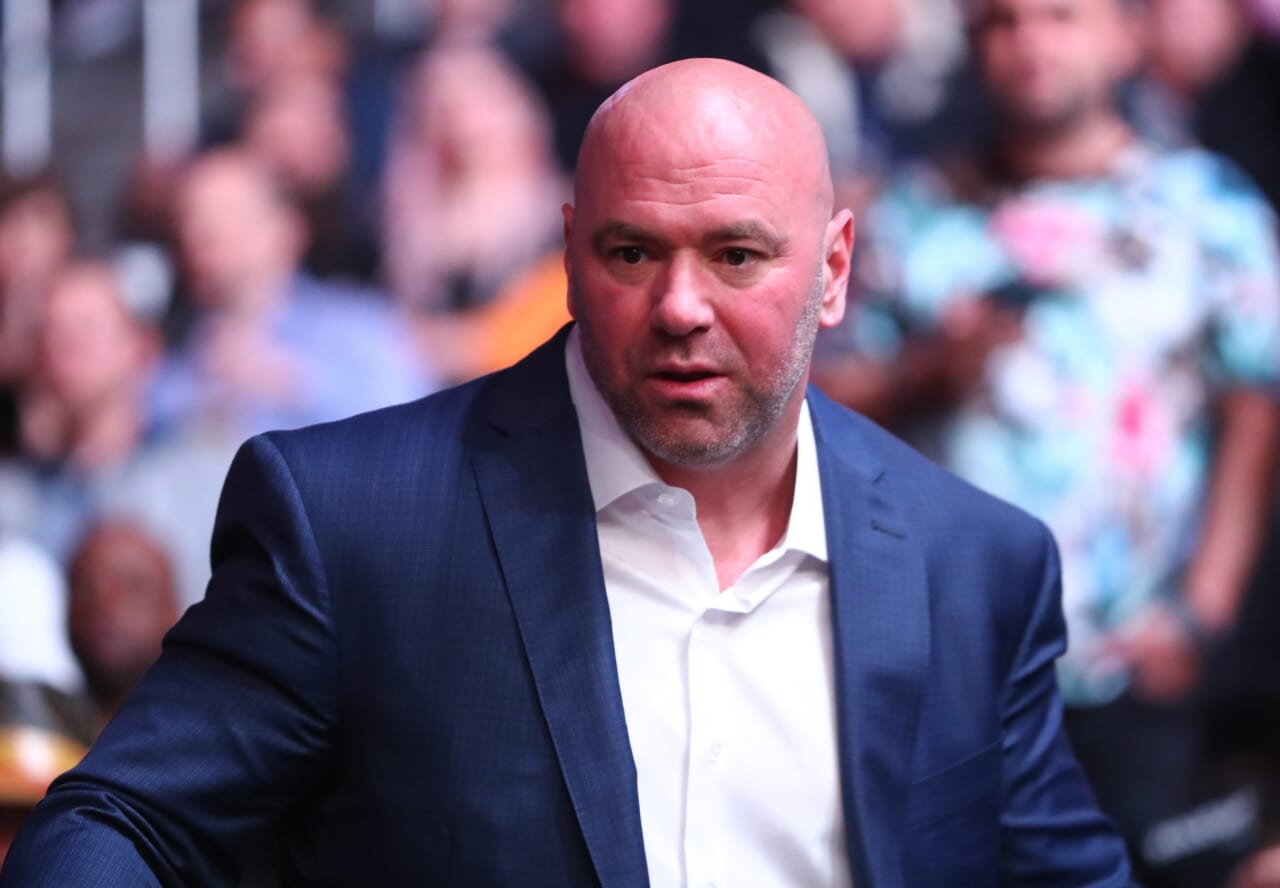 Dana White’s Contender Series was back for the fifth week of 2020. The UFC has shelled out an astonishing 16 contracts through the first four weeks of the shows run this year. Dana White has been blown away by the prospective talent from this show.

The fights last night showed why the UFC uses the contender to sign new talent. The fights were very solid and you saw some real potential from guys last night. After the night was over, White and the UFC signed three new fighters to contracts.

Before we dive into the new UFC fighters, there were two guys who won last night who didn’t get contracts. Melsik Baghdasaryan (5-1) and Tucker Lutz (10-1) both won decisions last night.

However, the UFC President was not ready to hand them contracts to get into the big show. Instead, he’s inviting them back for the Contender Series’ November run in a few months. If they win impressively there, he will sign them.

The first UFC contract of the night was handed out to William Knight (8-1). Knight is a light heavyweight who stopped Cody Brundage in the first round. Knight survived some adversity early and finished the fight with some brutal elbows along the cage.

The UFC‘s light heavyweight division is the wild west right now with Jon Jones moving up to heavyweight. It will be interesting to see if the promotion continues to target light heavyweights. Knight is an exciting addition who’s finished all eight of his victories.

The second contract the UFC handed out last night went to bantamweight Ronnie Lawrence (6-1). Lawrence put on a clinic last night from the opening bell to the end of the fight shutting out Jose Johnson over three rounds.

While White normally looks for guys who get finishes, he labeled Lawrence as, “Special.” Lawrence is going straight into one of the UFC‘s most stacked divisions. The bantamweight division is insanely deep and filled with killers, and they got another good one last night.

One of the UFC‘s divisions that they are constantly looking to add to is men’s flyweight. The talent pool isn’t extremely deep, but they found themselves a new contender last night. Jimmy Flick (15-5) defeated Nate Smith by arm-triangle in the third round to earn himself a contract.

Not meaning to rhyme, but Flick is slick on the ground. The guy never stops looking for submissions and finishes. That is what really impressed Dana White last night. Given the lack of a deep talent pool, I wouldn’t be shocked to see Flick fighting a ranked contender sooner than later.