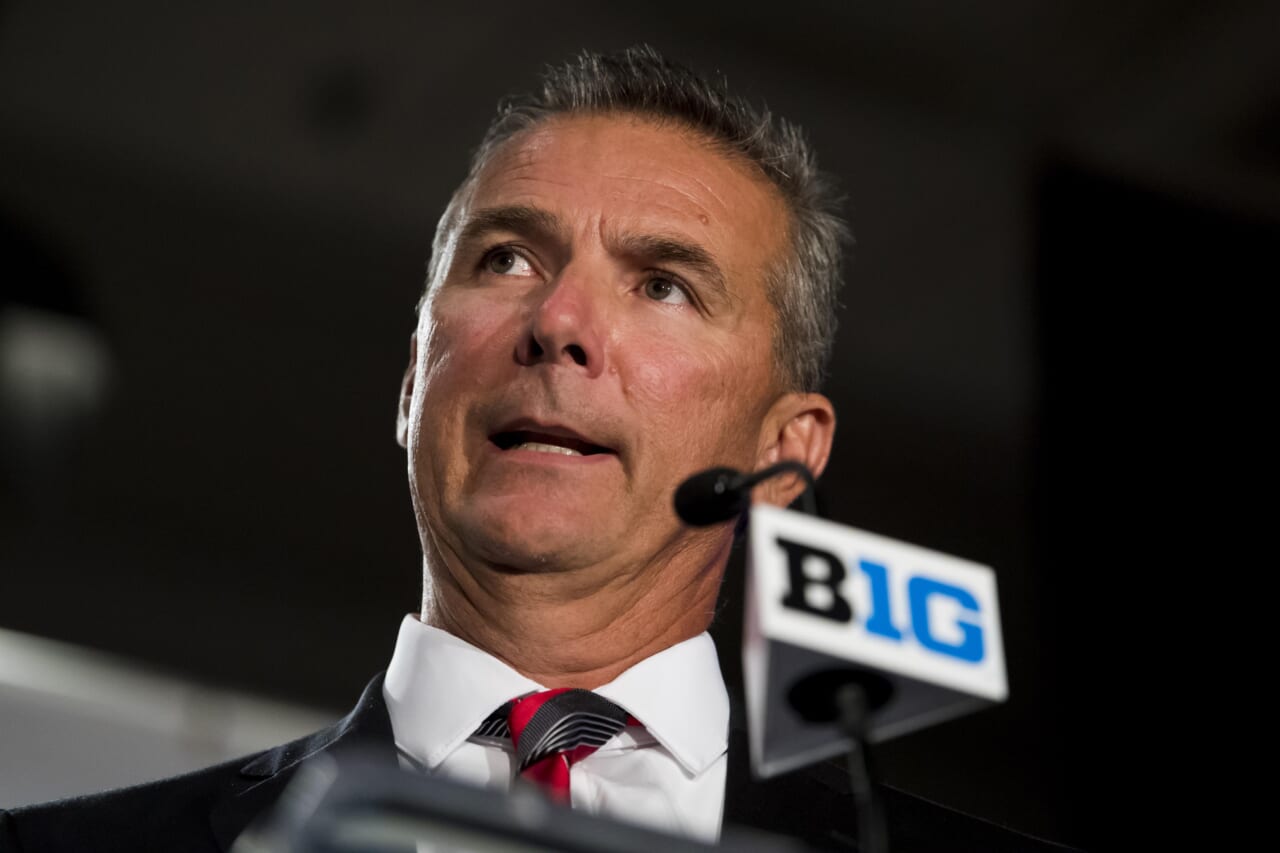 Ohio State’s offseason is going very differently than expected. The Buckeyes have one of the most talented teams in the conference and were picked as the big favorite to come away with the Big Ten title at the end of the year. However, things aren’t so stable on the coaching side of things. Head coach Urban Meyer has been placed on administrative leave, which isn’t the easiest thing for a head coach to come back from.

Why is Ohio State’s Urban Meyer being investigated?

The suspension is because Meyer allegedly knew about domestic violence allegations against former Buckeyes receivers coach Zach Smith and didn’t report them, and while the matter is still under investigation, things don’t exactly look good for Meyer. Which means that Ryan Day could very well spend the 2018 season as the head coach.

Who is Day, who was named the acting head coach on August 1st? Well, Ohio State fans are already familiar with him as the quarterbacks coach and one of the co-offensive coordinators. That was his position since January of last year, and as quarterbacks coach, Day was able to get the most out of J.T. Barrett last year. Additionally, the offense that he contributed to tied Penn State for the highest points per game average in the conference.

Day has never been a head coach in his career, and is only 39, but has considerable experience working on coaching staffs. He was born in Manchester, New Hampshire, and and began his coaching career at UNH before making stops in Boston College and Florida as a graduate assistant. Interestingly, the year that Day was a GA at Florida was the first one that Urban Meyer was the head coach there, 2005.

His stint at Boston College, which lasted from 2007 to 2011, convinced Temple to bring him on as their offensive coordinator in 2012. It was his second stop at Temple, as he had already spent one year with the Owls as a wide receiver coach after moving on from Florida. It only lasted for one year before Day made his third and final stop at Boston College, spending two years as an offensive coordinator before joining Chip Kelly’s staff as the NFL.

Neither Day or Kelly could survive Philadelphia, though, and he followed his head coach to San Francisco in 2016 before joining Ohio State after Kelly was fired from the 49ers. He became co-offensive coordinators with Kevin Wilson and also became the team’s offensive playcaller in January, 2018.

Little did anyone know back when the decision was made, however, that Day could enter the season as the head coach. It’s not the best situation for Ohio State, who is relying on someone who only has very limited experience as a coordinator at a big school. There’s a big difference between Boston College and OSU, but since the season is only a month away, the Buckeyes can’t be choosy and have a head coaching search.

Still, Ohio State fans shouldn’t completely write this season off as being lost just yet. Teams have rallied under new or interim head coaches in the past, with Clay Helton of USC being a notable recent example. We’re only one month out from the season, so either way, we’ll find out soon just how competent Day is.