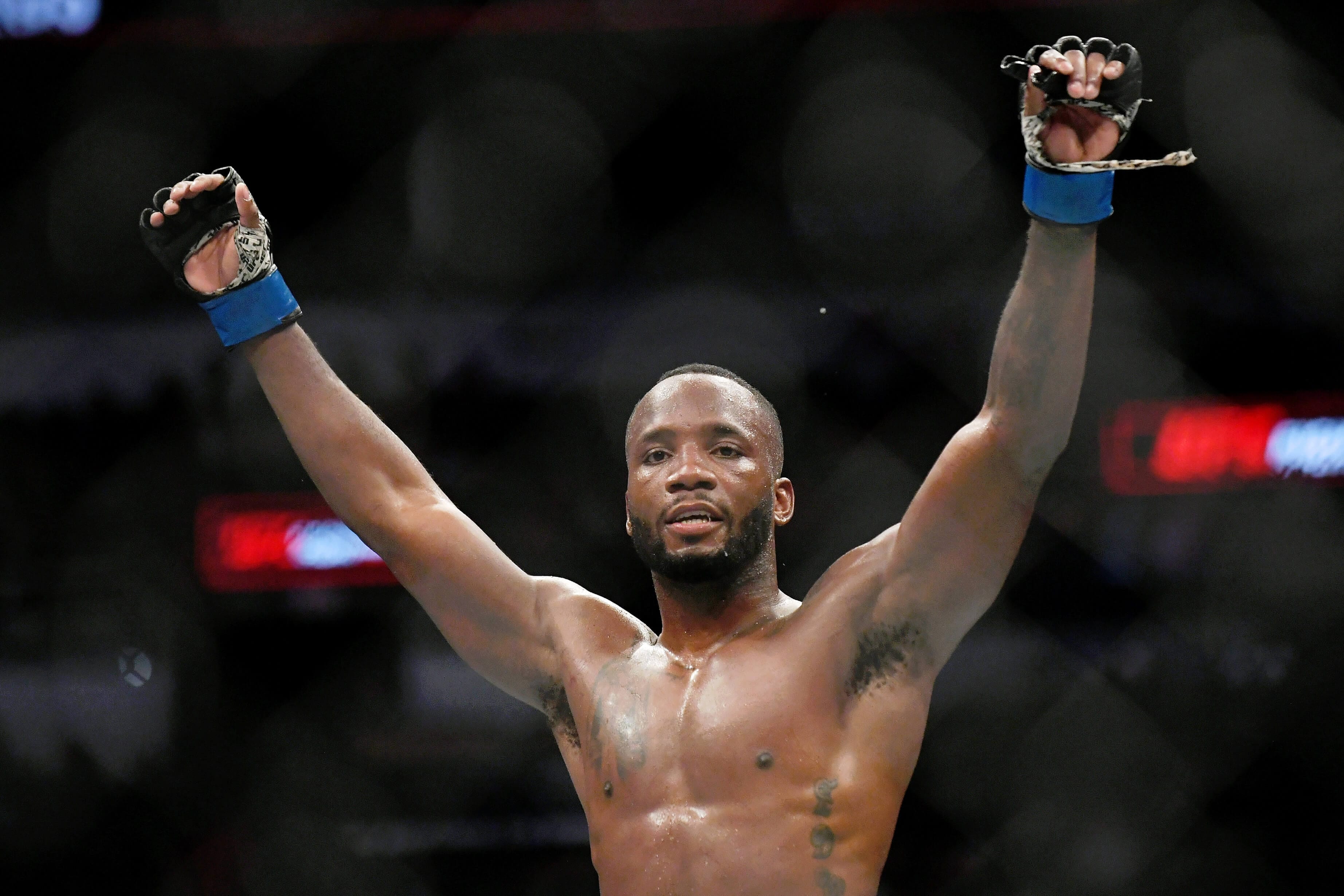 Tomorrow night in the headliner of UFC Vegas 21, we will see a highly anticipated welterweight matchup. The third ranked contender in the world, Leon Edwards (18-3), is finally makes his return to the UFC to take on the surging Belal Muhammad (18-3).

There is no questioning that Leon Edwards is one of the best welterweights in the UFC. Edwards has tremendous striking and a very good overall game. Not too mention the fact that he’s currently won eight fights in a row.

However, we haven’t seen Edwards compete since July of 2019. Edwards was scheduled to face Tyron Woodley last March, but the pandemic cancelled the fight. After the UK locked everything down, Edwards was unable to train which didn’t allow him to take another fight.

Finally, the UFC booked him against Khamzat Chimaev in December. However, that fight fell through three times due to COVID-19. Now, all the hurdles have been cleared and Edwards will finally get his chance to compete again.

Standing in his way is Belal Muhammad. While Edwards wasn’t able to compete in 2020, Muhammad continued his own winning streak last year. Muhammad has now won four in a row and he’s 8-1 in his last nine inside the octagon.

Belal Muhammad just fought at UFC 258, but when Khamzat Chimaev fell out, he jumped at this golden opportunity. If Muhammad is able to beat Edwards tomorrow night, he will shoot right to the top of the UFC‘s welterweight rankings.

When it comes to the main event tomorrow night, it’ll all come down to how Leon Edwards looks in my opinion. As mentioned, Edwards is one of the best welterweights in the UFC. His striking is on a completely different level than Belal Muhammad’s.

His wrestling and grappling also looked much improved the last couple of times we saw him. Now, he’s had almost two years to prepare for wrestlers so we can imagine that his wrestling defense is pretty good which he will need tomorrow night.

Belal Muhammad needs to come forward with immediate pressure tomorrow. He needs to try and land takedowns, but ultimately he needs to make this a dirty fight. If this fight is at range, it won’t go well for him. He can certainly land, but he doesn’t want to be in a kickboxing match with Leon Edwards.

I believe Belal Muhammad is a very underrated welterweight, but I just don’t think he’s better than Leon Edwards. I believe Edwards will be able to avoid the takedowns, land good elbows in close range, and outstrike Muhammad to get the win at UFC Vegas 21. 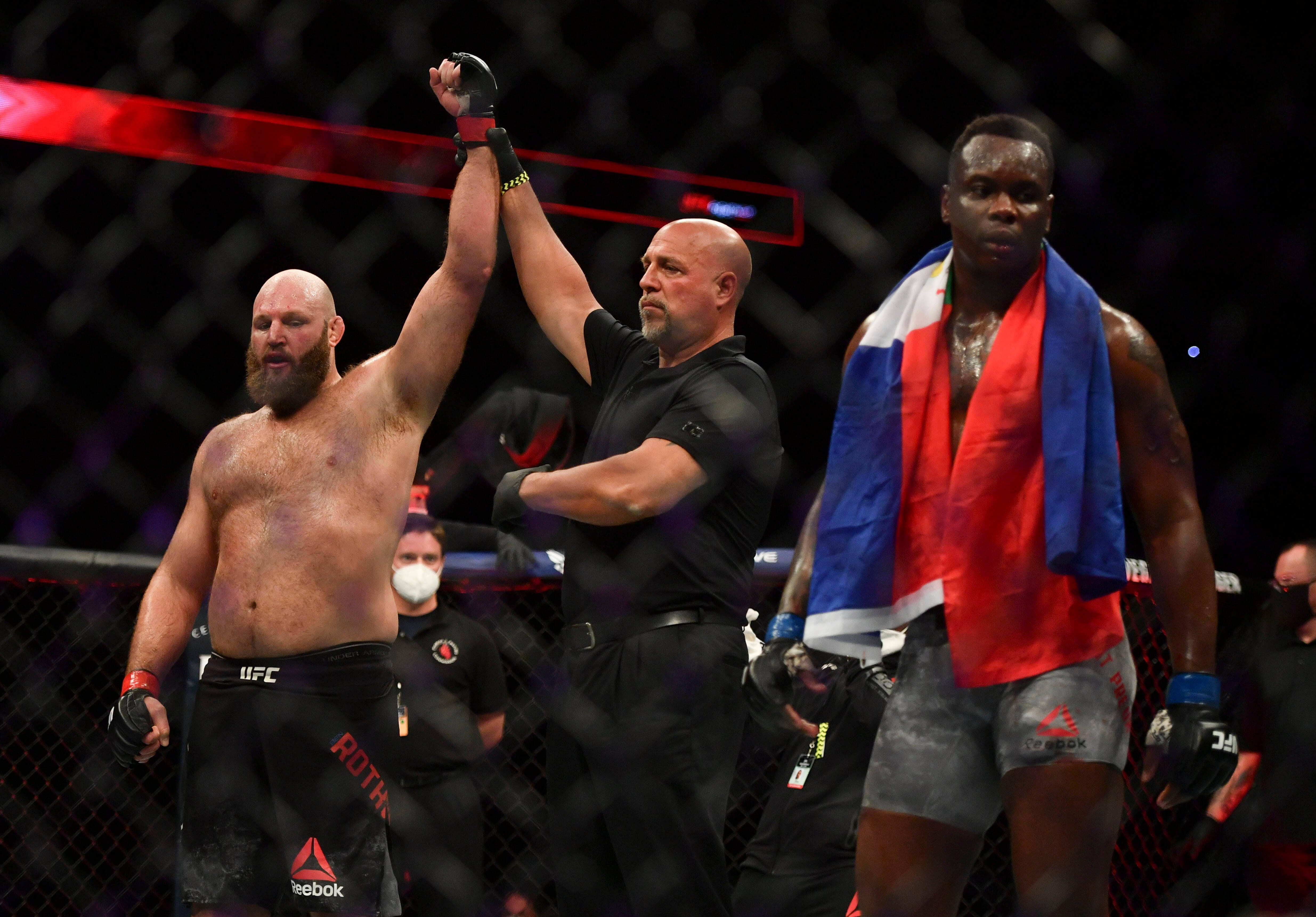 UFC Vegas 21 has lost one of it’s main card fights for this Saturday night. First reported by Fightful, the heavyweight clash between Ben Rothwell (38-13) and Philipe Lins (14-5) has been called off. The initial report has since been confirmed.

This was going to be a very interesting matchup in the UFC‘s heavyweight division. Philipe Lins had a lot of momentum when he signed with the promotion. When Lins signed his contract with the UFC, he was coming off of being the PFL heavyweight champion in 2018.

Lins took a year and a half to make his debut and it wasn’t smooth sailing. Lins fought twice in 2020 losing both matchups to Andrei Arlovski and Tanner Boser. Given the way the UFC is doing business lately, Lins might be fighting for his job in this matchup.

Back in 2016, Ben Rothwell looked like he was on a run to the title. Rothwell had won four fights in a row and was taking on former heavyweight champion, Junior Dos Santos. JDS outstruck Rothwell over five rounds to pick up a decision.

A suspension hit Rothwell after that fight and he wouldn’t fight again for another three years. The heavyweight returned in May of 2019. Since making his return, Rothwell has gone 2-3. However, he’s 2-1 in his last three fights.

At this time, the current plan is for the UFC to rebook this fight for a later date. There is no word on what date that might be, but the promotion is planning on keeping these two heavyweights paired up.

With the heavyweight fight off, UFC Vegas 21 is down to 13 fights. However, despite losing the heavyweight clash, the card still looks really good. Of course, the talk is all centered around the return of Leon Edwards (18-3).

Edwards if finally getting back into the octagon after a lengthy layoff. Belal Muhammad (18-3) has stepped up on short notice to welcome Edwards back to the UFC. This should be a fantastic matchup and it will tell us a lot about both contenders. Saturday night should still provide a lot of great action.