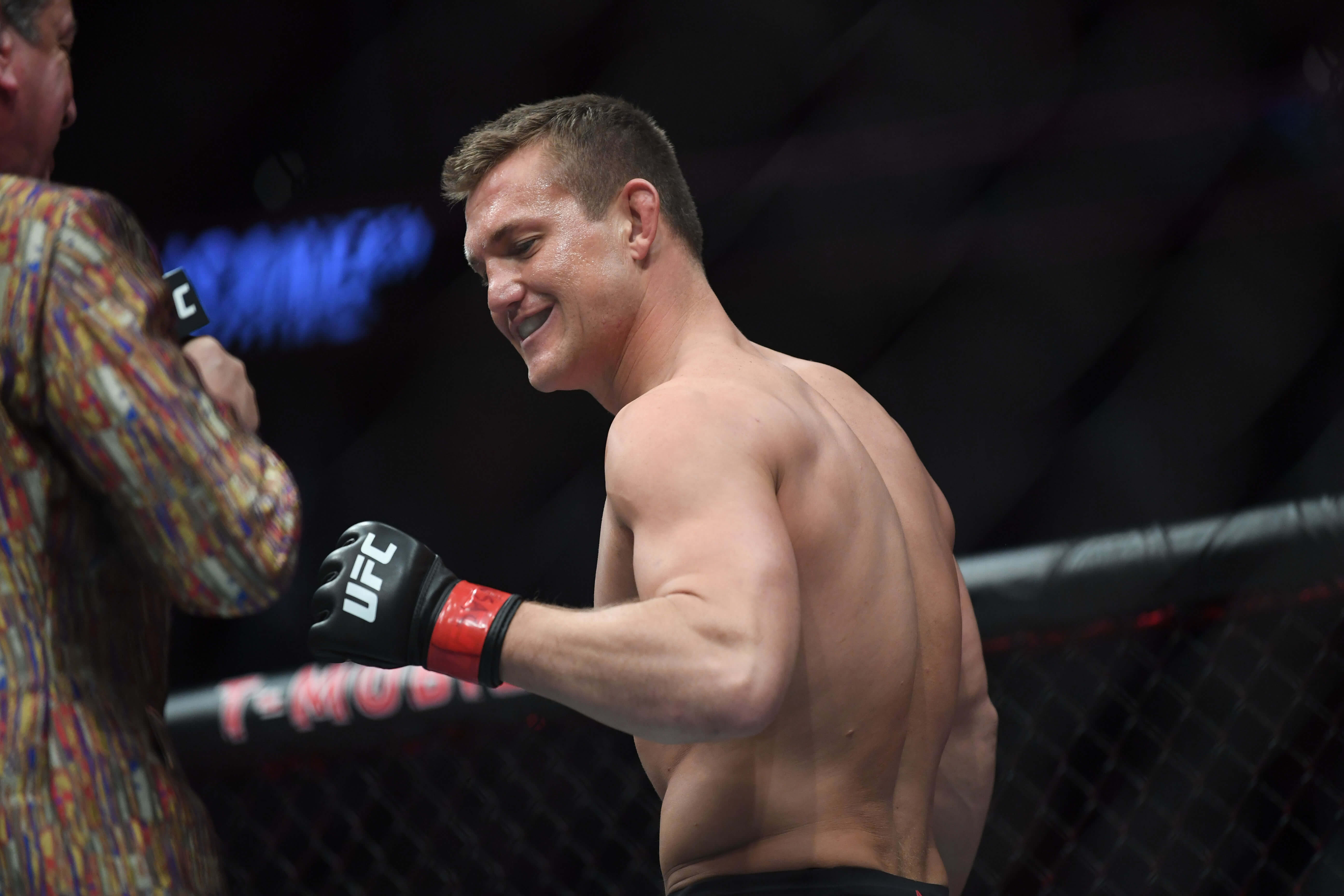 The UFC‘s June 27th card has seen it’s first fighter fall. UFC middleweight, Ian Heinisch (14-3), was scheduled to fight Brendan Allen (14-3), but an injury has forced Heinisch off the card. Heinisch just competed back at UFC 250 on June 6th, but he wanted a quick turn around. With Heinisch out, the UFC turned to a veteran of Dana White’s Tuesday Night Contender Series to be the replacement.

Brendan Allen will be staying on the card, and he will be fighting Kyle Daukaus (9-0), who will be making his official debut in the UFC. Daukaus is a wizard on the ground, winning eight of his nine fights by submission. Daukaus was the Cage Fury Fighting Championships middleweight champion, and he will get to step right into a UFC main card. This fight is incredibly facinating on paper due to the fact that both men carry eight submissions wins into the Octagon on June 27th.

For Allen, it’s a big change in styles. Heinisch is the kind of guy who is going to go right after you on the feet, where as Daukaus is the kind of guy who wants the fight to be on the ground immediately. Allen was going to have a very short camp to prepare for Heinisch, and now he has an even shorter camp to prepare for Daukaus at UFC on ESPN 12. There are not a lot of highlights of Daukaus out there, but if you want to learn more about him, check out the video below done by Cage Fury detailing Daukaus and his brother, Christopher.