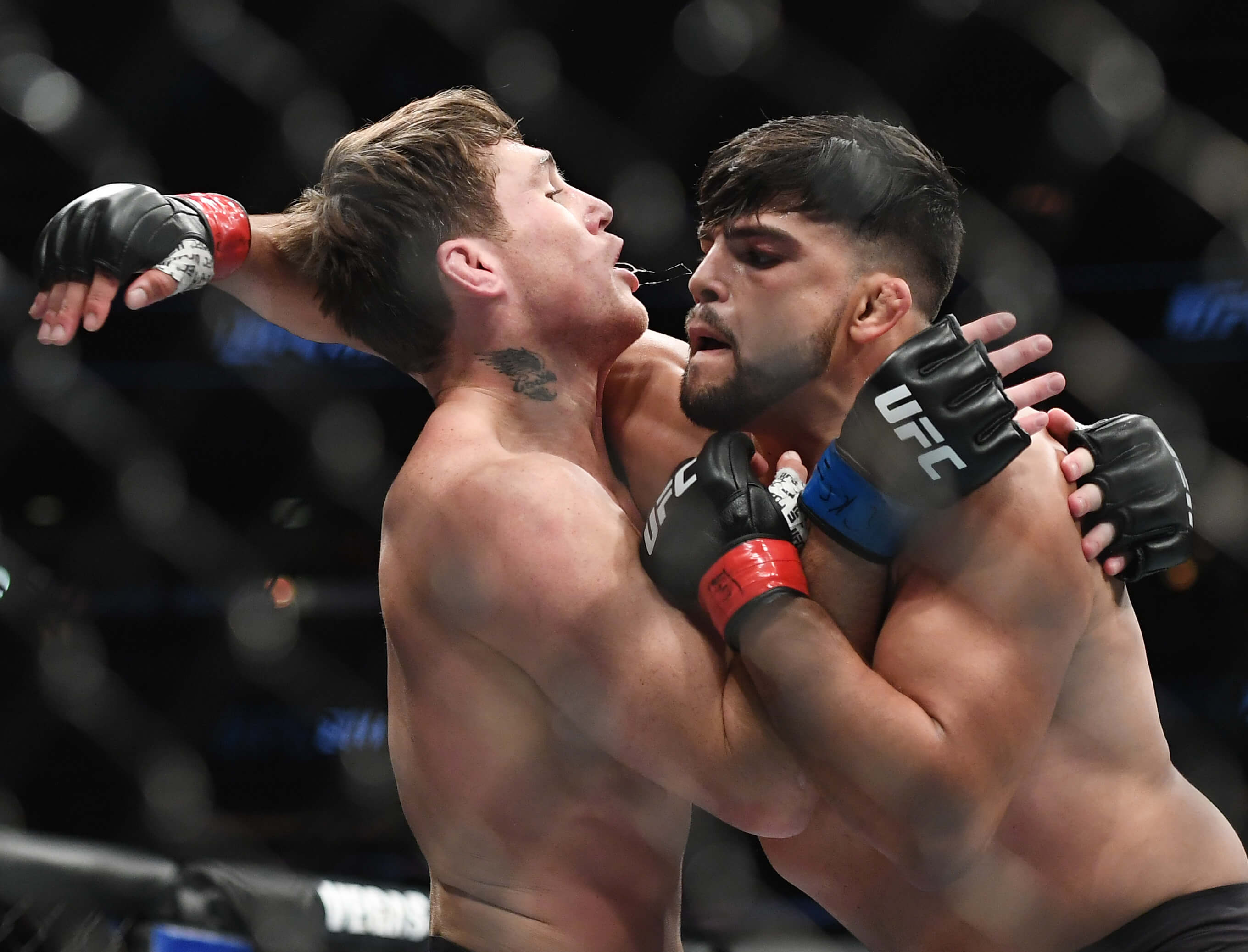 First reported by ESPN’s Brett Okamoto, the UFC is finalizing a middleweight contest between Kelvin Gastelum (15-6, 1 NC) and Ian Heinisch (14-3). Both of these fighters are ranked in the UFC‘s top 15.

Heinisch was actually scheduled to fight last week against Brendan Allen. However, that fight fell apart at the last minute when Heinisch tested positive for COVID-19. It was the second time that fights been scrapped.

It appears that the promotion has moved on from that fight. Now, Heinisch will get the highest profiled fight of his career in taking on former title challenger and Ultimate Fighter winner, Kelvin Gastelum.

When the calendar turned to 2019, Kelvin Gastelum was looked at as one of the best in the middleweight division. Gastelum had picked up two wins in a row against Jacare Souza and former UFC middleweight champion, Michael Bisping.

Gastelum got a shot at the interim UFC title against now champion, Israel Adesanya. He pushed Adesanya like he’d never been pushed before. The fight was an absolute war, but in the end, Adesanya walked away with his hand raised.

Since that fight, it’s been back-to-back lackluster fights for Gastelum. He fought and lost to Darren Till at UFC 244 in a fight that left much to be desired. Then back on Fight Island, Gastelum was submitted by Jack Hermansson in 78 seconds.

This fight is a big chance for him to turn things around. Heinisch is going to be a very motivated contender going in there on January 30th and if Gastelum can turn him away, it’ll say a lot about his position in the UFC‘s middleweight division.

It’s clear that the UFC is building a helluva card on January 30th. The two fight announcements today have both been bangers, and I’m excited to see how the rest of the card fills out.