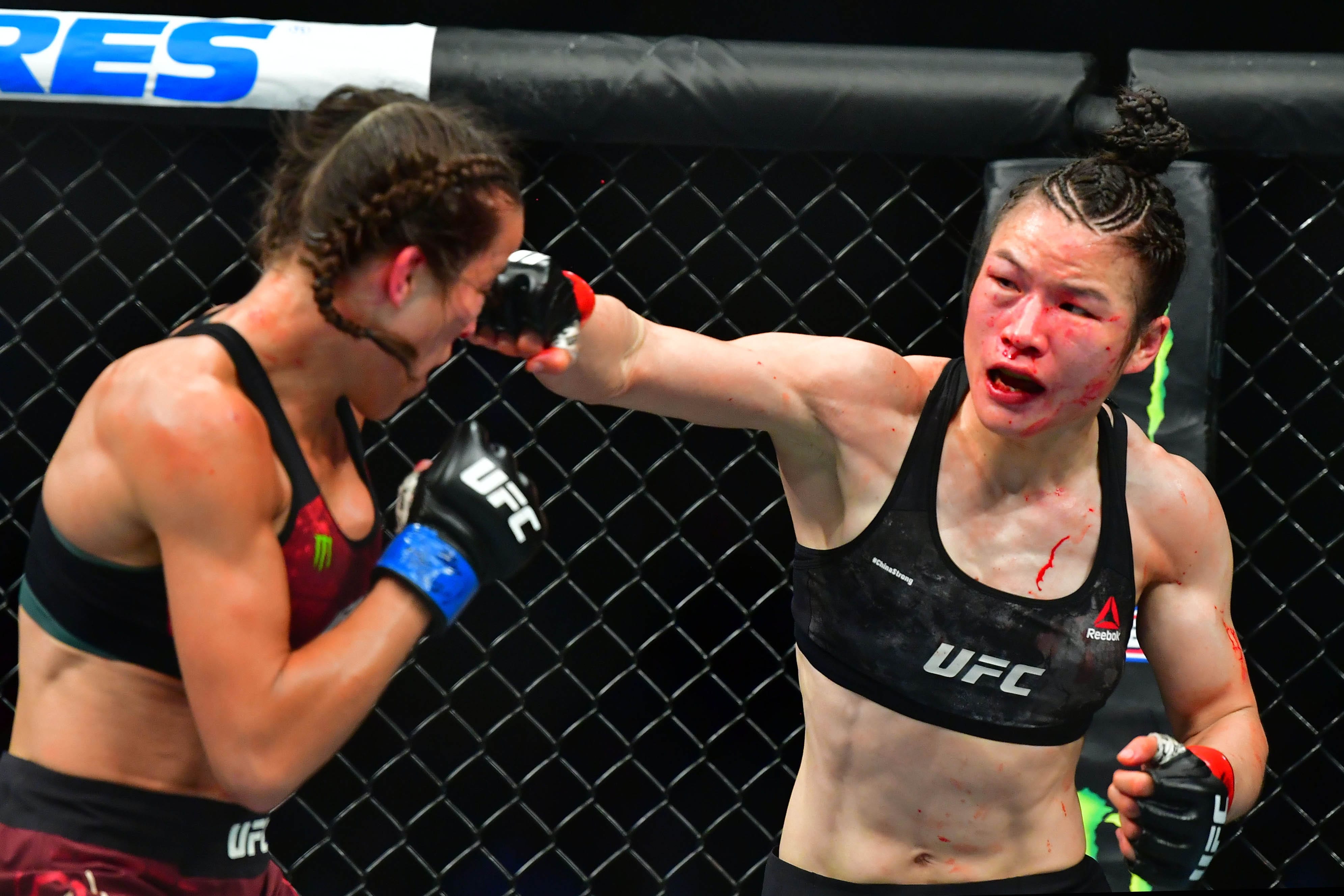 One of the more anticipated matchups in any of the UFC‘s female divisions is the next title match in the strawweight division. We already know that champion, Weili Zhang (21-1), will be taking on former UFC champion, Rose Namajunas (9-4).

However, the timeline for the fight has been up in the air. After Namajunas defeated Jessica Andrade back at UFC 251, it was announced that she would need to take some time off to get surgery.

Of course, Zhang has been sidelined in China due to the pandemic. All of these factors have delayed the inevitable showdown between the two. We have not seen Zhang since her Fight of the Year performance against Joanna Jedrzejczyk at UFC 248.

By the time Zhang competes next, it would have been almost a year layoff for the champion. Her coach conducted an interview with MMA Fighting recently where he talked through the timeline of the UFC title fight.

“We’ll see how things go with this virus,” Pedro Jordao told MMA Fighting. “But I think probably be in the first quarter. We’re training for a while here. It appears that her next fight will be against Rose, but nothing is set yet. Everything indicates that’s the plan.”

I think I can speak for most fans in saying that this is arguably the most exciting matchup in the UFC‘s strawweight division. Namajunas and Zhang are the two best in the world at 115 and I think there’s a gap between them and the pack.

Namajunas looked incredibly sharp at UFC 251 in the first couple of rounds. However, she ran into some major trouble in the third round with Jessica Andrade. Namajunas was rocked and hurt badly by the former champion.

However, she still did enough to get the decision. Zhang had an absolute war with Jedrzejczyk last March. It was really the first time in her UFC career that Zhang had been pushed to the limit.

Nevertheless, Zhang was able to get the unanimous decision victory. She’s sensational and should be the big favorite going into the title fight with Namajunas. However, Namajunas has world class skills that could give Zhang some problems in their matchup.

This fight is so exciting for a number of different reasons. While Zhang is clearly the more powerful fighter, Namajunas has extremely clean and crisp technique on her feet. I’m fascinated to see the gameplans for both fighters whenever they clash.