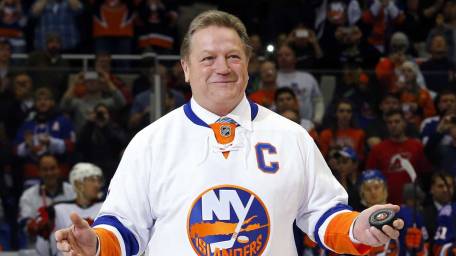 One year from today, the New York Islanders will have officially opened the doors to UBS Arena, the teamâ€™s brand new home at Belmont Park.

With that, they will have seen one manâ€™s vision finally become a reality and his legacy established.

Charles Wang, the late former owner of the franchise from 2000 to 2016, had the dream in his mind of the Islanders having their own arena on the grounds next to Belmont Park.

For his entire stewardship, Wang tried everything in his power to get the Isles a new home on Long Island. He tried to pay for it out of his own pocket with the Lighthouse Project from 2005-2008 but failed because of the buffoonery that is Nassau County politics (mainly Kate Murray). He made another effort in 2011 with The Referendum; that too was unsuccessful due to the whole idea becoming a political football. Wang was forced with no other choice in October 2012 but to move the franchise from a decaying Nassau Coliseum to Brooklynâ€™s Barclays Center as a final play to keep the Islanders from relocating out of New York.

The Isles moved to Brooklyn after the 2014-15 season. In that time too, new ownership â€” Scott Malkin and Jon Ledecky â€” had bought the team from Wang and would be partners with him until they became sole owners in June 2016. Wang shied away from the spotlight once Malkin and Ledecky took over the day-to-day operations of the organization, but he was working on something even bigger behind the scenes: he was laying the groundwork with the NYRA (New York Racing Association) for the possibility of the Islanders building a future state-of-the-art facility next to Belmont Park and ensuring the Isles returned home to Long Island.

â€œHe always felt the team was a Long Island team and belonged here,â€ NYRA board member Michael Dubb said on two years ago. â€œCharles deserves all the credit. The Islanders donâ€™t come back to Long Island without Charles.â€

The kicker of it all was Belmont was state-owned land, meaning that the Islanders would not have to go through all the red tape theyâ€™d experienced more over from dealing with Nassau County.

In the summer of 2016, the team had announced they were putting in a bid to build a new arena at that location. By December 2017, the franchise had won the rights to develop the surrounding area.

Wang passed away two years ago today after a private battle with lung cancer.

Nearly a year after his death, the franchise broke ground at Belmont and have seen the building rise and become a beacon of hope during some very tough times in recent months. It will be an even bigger beacon when the place is finally completed.

â€œThe arena at Belmont Park will be just one of his many legacies left to the team and to Long Island,â€ Ledecky said on the day Wang passed.

He had his faults and was too loyal to some individuals at times but Wang still remains the reason the Islanders are playing in New York, particularly Long Island, to this day. If I had my choice, he would have his own wing or even a statue inside/outside UBS Arena.

Thereâ€™s no doubt he fully deserves it.

â€œNo matter how many setbacks he had,â€ Dubb also said, â€œhe never lost sight of the fact that the Islanders did belong on Long Island.â€

Charles Wangâ€™s vision of a new home for the Islanders will soon be real. And that itself still feels surreal to say.Â Islanders fans have differing opinions on the man, but one thing canâ€™t be underestimated.

Belmont was his baby.

More than that, itÂ will be his lasting legacy with the Islanders. 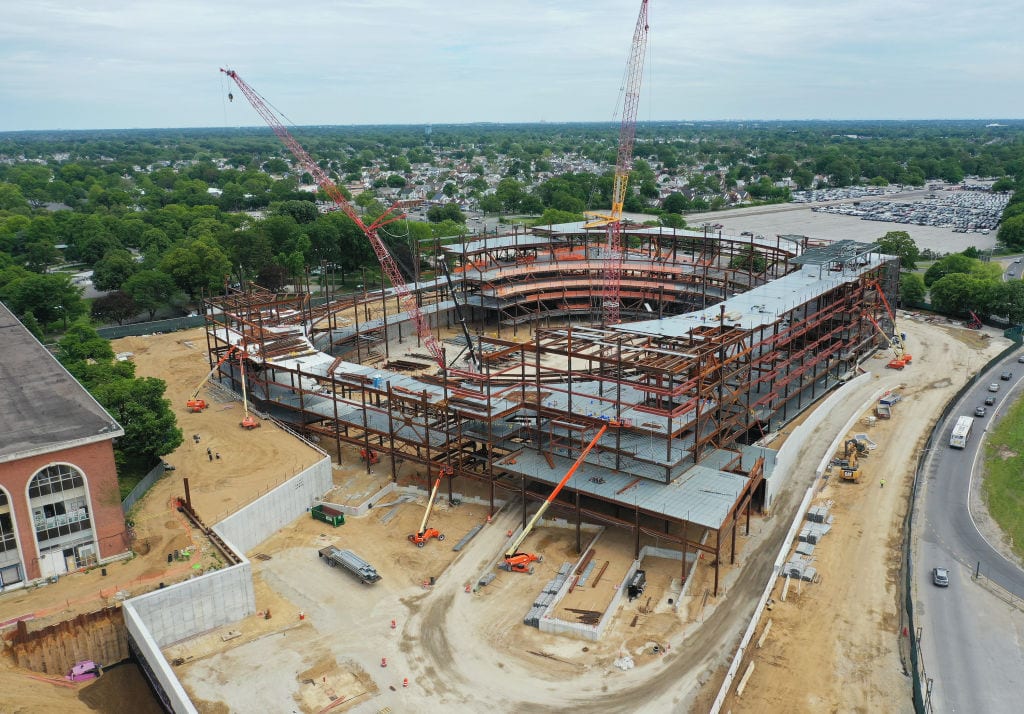 A year ago today, a shovel was put in the ground.

It symbolized a new beginning. A long-awaited moment. And overall, a monumental afternoon for the New York Islanders organization.

After years of trying and failed attempts for an arena, the Isles finally broke ground on their future home next to Belmont Park.

“We celebrate this historic day with our loyal fans and thank Governor Cuomo, who has championed the Belmont Park Arena project from the start,” co-owner Jon Ledecky said during the festivities. “The Islanders also thank the elected officials and our community for their support in helping reach this franchise milestone.”

A historic occasion indeed, now exactly one year later, UBS Arena — for which the Islanders’ new home was named back in July — has become the shining light for the future of the franchise.

The building, which is slated to be ready for the beginning of the 2021-22 season, is nearly halfway done, with work expected to begin on the inside at the start of the new year, that according Ledecky and Oak View CEO Tim Leiweke. But it isn’t just the rapid construction pace of the building that has brought a new found hope for the organization.

NHL Free Agency doesn’t commence until October 9th, and with their new home on the horizon, Ledecky said yesterday on a Zoom chat with fans that the Islanders are now a “top-center discussion when it comes to free agents” along with the excellent practice facility just a short drive down the road in East Meadow, Northwell Ice Center. That’s a huge change from where the franchise was not even two or three years ago.

The building though is the real selling point.

UBS Arena will be the newest building in the league and already has become the attraction to which g.m. Lou Lamoriello can point out to big-time names who might consider playing on Long Island.

â€œThe players walk into the bowl, walk around and go, â€˜My God, this place is beautiful,â€™â€ was how Leiweke sees what the future may hold. â€œI see it happening with the Rams and Chargers in Los Angeles. I see it happening with Raiders in Las Vegas. I think thatâ€™s gonna happen to the Islanders. So, Lou [Lamoriello] has a better time keeping players and recruiting players. Barry [Trotz] has a better time creating that culture and that brand and that style that he wants to play. It feeds off one another.â€

For the franchise, their new digs also plays into the success the team has now established on the ice recently. The Isles are coming off their first Conference Finals appearance in 27 years and two consecutive playoff seasons to boot. That UBS Arena will house a “win-now” team with the current GM of the year (Lamoriello) and arguably the best coach in the NHL (Trotz) at the helm, has only made the build-up to the opening much more exciting.

Even just a month ago, the team announced the demand for season tickets has already exceeded expectations, with just 20% remaining.

And then there’s the fan base.

You couldn’t find one supporter of this team that doesn’t have a glimmer in their eye every time the word Belmont is uttered. The fans have embraced that enthusiasm and continue to marvel at the fact that they will soon be able to have the home they’ve dreamt about for so long.

â€œI think thatâ€™s the legacy â€” the Islanders have deserved a home for 30 years,â€ Ledecky told the media earlier this month. â€œAnd the fans really have been patient, and now theyâ€™ve got a new home. â€œWeâ€™re trying to set an example and weâ€™re trying to have an organization of excellence. I think [UBS] shared our vision that the Islanders are a community treasure.”

In the time since groundbreaking, UBS Arena has already transformed the Islanders as a franchise. But really it’s only the beginning of what’s coming.

He was spot on. The future of the franchise on Long Island has never been in better shape.

And it’s UBS Arena which has become the gleaming light.