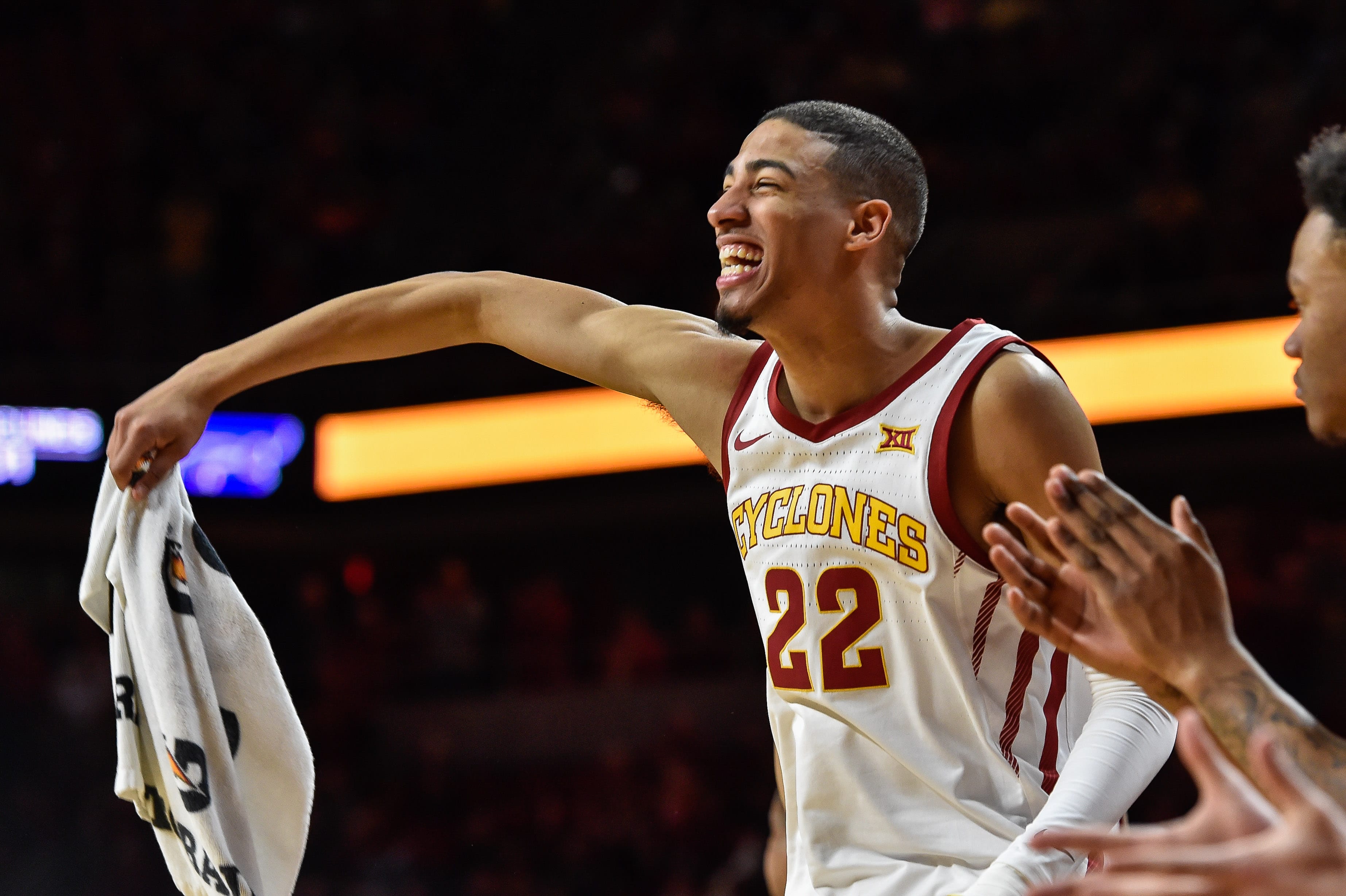 It’s going to be an unpredictable NBA Draft Night for the New York Knicks.

New Knicks president Leon Rose and his front office have continued to keep their cards close to their chest.  But the Draft Combine media interviews have provided some clarity that the Knicks are zeroing in on a potential lead guard.

The Knicks, who will be picking at No.8, No.27, and No.38 barring any trades, have interviewed at least seven guards and could be even more.

The consensus top three point guards in the Draft — LaMelo Ball, Killian Hayes, and Tyrese Haliburton — have all confirmed that they have talked to the Knicks prior to the lottery.

Haliburton claimed his vision is what separates him from the top-tier guards in the Draft. The 6-foot-5 skinny guard from Iowa also added that he’s comfortable playing on and off the ball at the backcourt.

“LaMelo is scoring the ball at three levels. I think I’m the best facilitator out of the group and I think Killian defends at a high level,” Haliburton said of their different strengths during his Draft Combine Zoom call.

Ball is unsure if the Knicks would trade up for him.

Hayes, meanwhile, is excited at the possibility of playing with fellow Frenchman Frank Ntilikina in New York’s backcourt.

Another French guard Theo Maledon and Stanford’s Tyrell Terry have also interviewed with the Knicks. Curiously, Maledon had his interview only two weeks ago. He’s the only prospect so far that has been confirmed to have discussions with the Knicks in the post-lottery.

He also added that he’s had discussions with Frank Ntilikina about NBA life. It’s worth noting the interview happened after the Lotttery so the question is: Are the #Knicks leaning towards drafting a wing or big man for the 8th pick and then a PG at No.27? https://t.co/bpcICjxQQI

RJ Hampton, whose Draft stock considerably dropped after a lackluster stint in New Zealand’s pro league, has also met with the Knicks over Zoom call.

Add Alabama’s Kira Lewis, Jr. to the long list.  Ian Begley of SNY recently reported that the Knicks have been in touch with the quick point guard.

North Carolina’s enigmatic combo guard Cole Anthony, who opted not to join the Draft Combine, has also his share of fans and critics in the organization.  Meanwhile, Duke point guard Tre Jones, who is pegged by Tankathon as the Knicks’ pick at No. 27, revealed during his Draft Combine Zoom call that he has not interviewed with them.

During Rose’s first public appearance as the Knicks team president in June, he mentioned how he views this Draft as a lot more unpredictable compared to the recent years.

“This draft, a couple of guys stand out, and after that, there’s a lot of equality,” Rose said.

Outside the above-mentioned point guards, the Knicks have also interviewed Memphis’ big man Precious Achiuwa, who split his time in Bronx, New York, and New Jersey during his high school. The other lottery prospects that have also been linked to them are Dayton’s explosive big man Obi Toppin, and a trio of defensive stalwarts in Auburn’s Isaac Okoro, and Florida State’s Devin Vassell, and Patrick Williams.

The Knicks are navigating this Draft process under the same degree of prudence and diligence that they have shown during their head coaching search that ultimately led to Tom Thibodeau, the perceived frontrunner from the start.

Ball is the perceived No.1 point guard in the Knicks board as early as May, according to Marc Berman of The New York Post.  And with Ball reportedly withdrawing from the Draft Combine after spilling his talks with the Knicks to the media, expect more smoke to come out of New York.

Sources: LaMelo Ball has withdrawn from the remainder of the NBA combine. Ball participated in a media session and the standard league interview this week, but did not interview directly with teams.

Whatever the Knicks would choose to do in the Draft — move up, trade down or stand pat — there’s a clear indication that they are doing everything to cover all their bases.

It’s a clever move that has Walter Perrin‘s imprint all over it. The former Utah Jazz executive is bringing in the small market-mentality to New York, finding every slice of information he could grab to get an edge over the bigger market teams.

The Knicks won’t draft everyone whom they have scouted and interviewed. But Perrin likes to keep notes which can be valuable down the road either in free agency or trade. Just like when the Jazz targeted Jordan Clarkson in the February trade deadline. Their Draft notes on him helped them pull the trigger on the trade.

“Towards the tail end of the (NCAA) season and the conference tournament he was struggling a little bit only because he had some off-the-court issues, personal issues, nothing bad. If I remember correctly, one of his family members was going through struggles in terms of illness,” Perrin said last April.

In 2014, five months before the Draft, Clarkson’s father was diagnosed with cancer. It took a hit on his performance and consequently hurt his Draft stock.

“It was affecting his play, and that’s one of the reasons we wanted to bring him in, we wanted to get to know him a little better and find out what was really going on,” Perrin added.

The Jazz wasn’t able to grab him in the Draft, but when they were looking for a key rotational piece this season, their Draft notes came in handy. Perrin’s scouting instincts was right all along as Clarkson proved to be a second-round steal in that Draft class.

That kind of progressive of thinking is a whiff of fresh air in New York which had more misses than hits when it comes to player personnel.

Under normal circumstances, Perrin could have had more workouts arranged for the Knicks by now. But still, he and his scouting department are doing their due dilligence.

It’s going to be a wild NBA Draft. But if the number of pre-Draft interviews are any indication, the Knicks will come prepared.