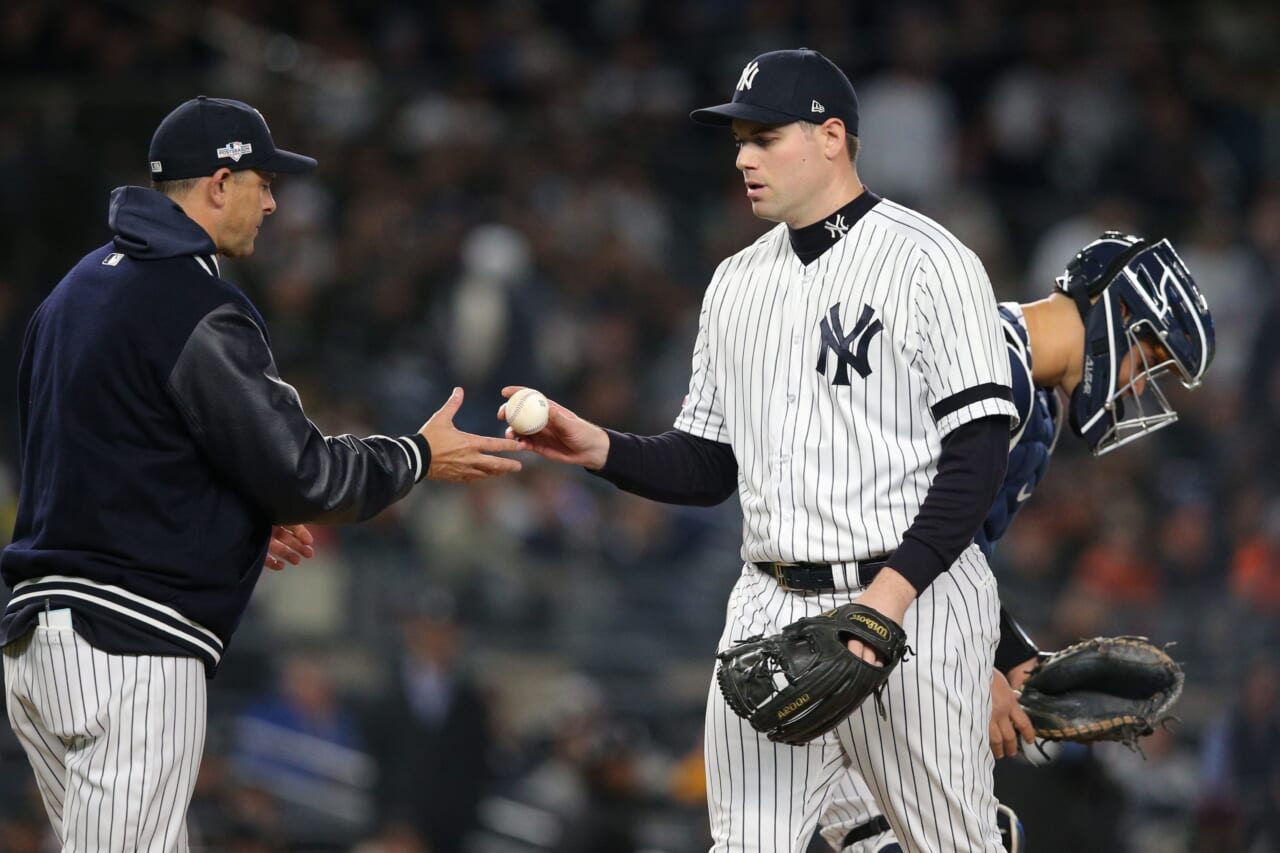 The New York Yankees are known to have one of the best, if not the best, bullpens in all of Major League Baseball. The “big five,” which includes Aroldis Chapman, Adam Ottovino, Zack Britton, Tommy Kahnle, and Chad Green are the reason why and rightly so.

According to ESPN.com, the New York Yankees were ranked the ninth-best bullpen in terms of numbers. They posted a 4.08 ERA and allowed a .242 opposing batting average. It’s important to note that because of the numerous pitching injuries the club had, a lot of the slack had to be picked up from the bullpen.

Even though the Yankees’ pitching problems primarily stem from the starting rotation, it wouldn’t be a bad idea to check a reliever that available on the free-agent market.

Tyler Clippard, who’s already spent time with the Yankees, is someone who would make sense to add to the bullpen. Since the Yankees already have a number of guys who throw in the high 90s and can sometimes touch triple-digits, Clippard is a refreshing option coming from the bullpen.

During his 13 year tenure in the Major Leagues, Clippard is credited to a strong 3.14 career ERA while having posted a 2.90 ERA last season.

Pitching backward, Clippard mostly relies on his changeup and then works a low 90s four-seam fastball later in the count. He flashes an arsenal of pitches featuring a splitter, sinker, slider, and curve.

A two-time all-star at 34-years-old, a one or two year deal would make the most sense on both ends of the table. Clippard signed a one-year deal with the Cleveland Indians last season for only $1,500,000, so the Yankees could probably be around that number as well. Strong talent for a low price is something to be considered especially when going after the top free-agent starting pitchers.