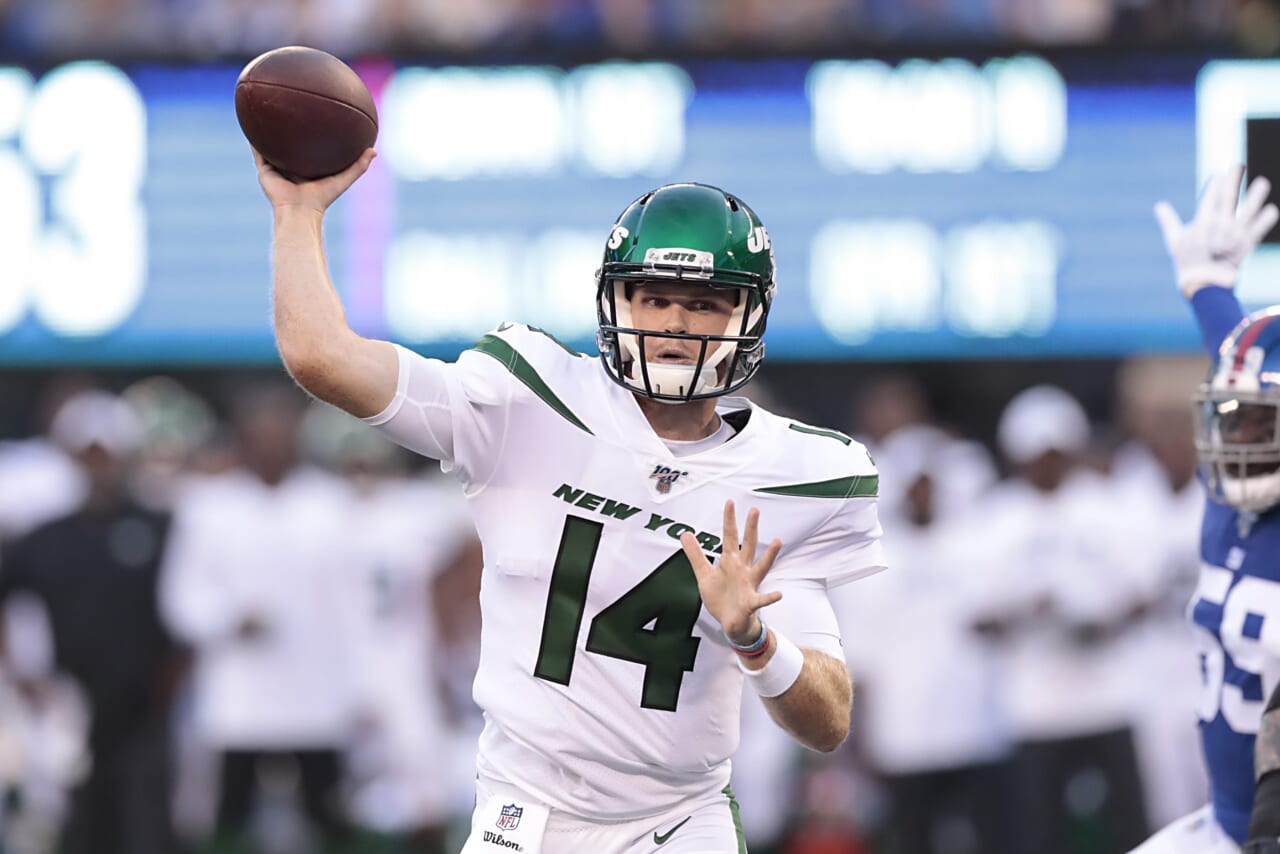 Mono, is a tough illness. It makes you heavily contagious and it’s a butt-kicker. It now has taken out the franchise quarterback, Sam Darnold. Darnold was reportedly very sick and dropping weight excessively, this resulted in him being sent home on Wednesday with â€œstrep throatâ€. Symptoms progressed and Donald was diagnosed with mono. This will take him out of action for at least a few weeks. So now, in the week of his absence with a stretch of huge games coming up, Trevor Siemian must be trusted to step up and fill in for Darnold.

This is not Trevor Siemianâ€™s first rodeo as a starting quarterback. When Peyton Manning retired and Brock Osweiler left Siemian became the QB 1 in Denver. Siemian inherited a defending super bowl championship squad and put up really solid first starting season numbers. Siemian finished the season with 3,401 yards, 18 TDs, and 10 INTs. Then with the job his to lose he started 10/16 games and finished his year with 2,285 yards, 12 TDs, and 14 INTs. Siemian struggled and ultimately lost his starting job because of it. Siemian went to Minnesota briefly but found a home for this season with the New York Jets as the backup to Sam Darnold. Coach Gase reportedly felt Siemian could be a capable short term starter. Now, Siemian will have to prove his coach right.

Unlike other analysts Iâ€™m not writing off the games Siemian starts. As I dove deeper into it, Siemian is very good at allowing the ball to be put into playmakers hands. He also will have a bunch of big playmakers who are perfect for check-downs and screen passes in Robby Anderson, Ty Montgomery, Leâ€™Veon Bell, and Jamison Crowder. If those 4 are used to be his security blankets and allow him to dump it off to them, it could really help. The most familiar weapon he will have is new WR Demaryius Thomas. Thomas played some of his best ball with Adam Gase as his coordinator and if Gase can take advantage of his skill set in the absence of Enunwa it could look like a really good trade for the Jets. Thomas will be able to be eased in especially because his QB for the next few games already has a rhythm with him. Siemian and Thomas have been teammates since Siemian came into the league. They built a solid connection and Gase would be wise to use that to their advantage. The only major concern is the setup of the offense around Siemian. Darnold is mobile and with an offensive line that is still not cohesive, that is essential. Siemian is a pure pocket passer who may struggle in this situation. If he can utilize the Jets playmakers as I previously mentioned in check down situations that could ease the pressure slightly.

In The End, Itâ€™s Only Temporary

Sam Darnold will be back soon. However, the Jets face a huge stretch of games with some being must win. The New York Jets need to pull off a win against a few of these squads while Darnold is absent or the Jets can kiss their hopes goodbye. If they walk into the Bye Week at 0-3 they already will be in deep trouble. Quite frankly the pressure is on Siemian and if he canâ€™t deliver the Jets are screwed. 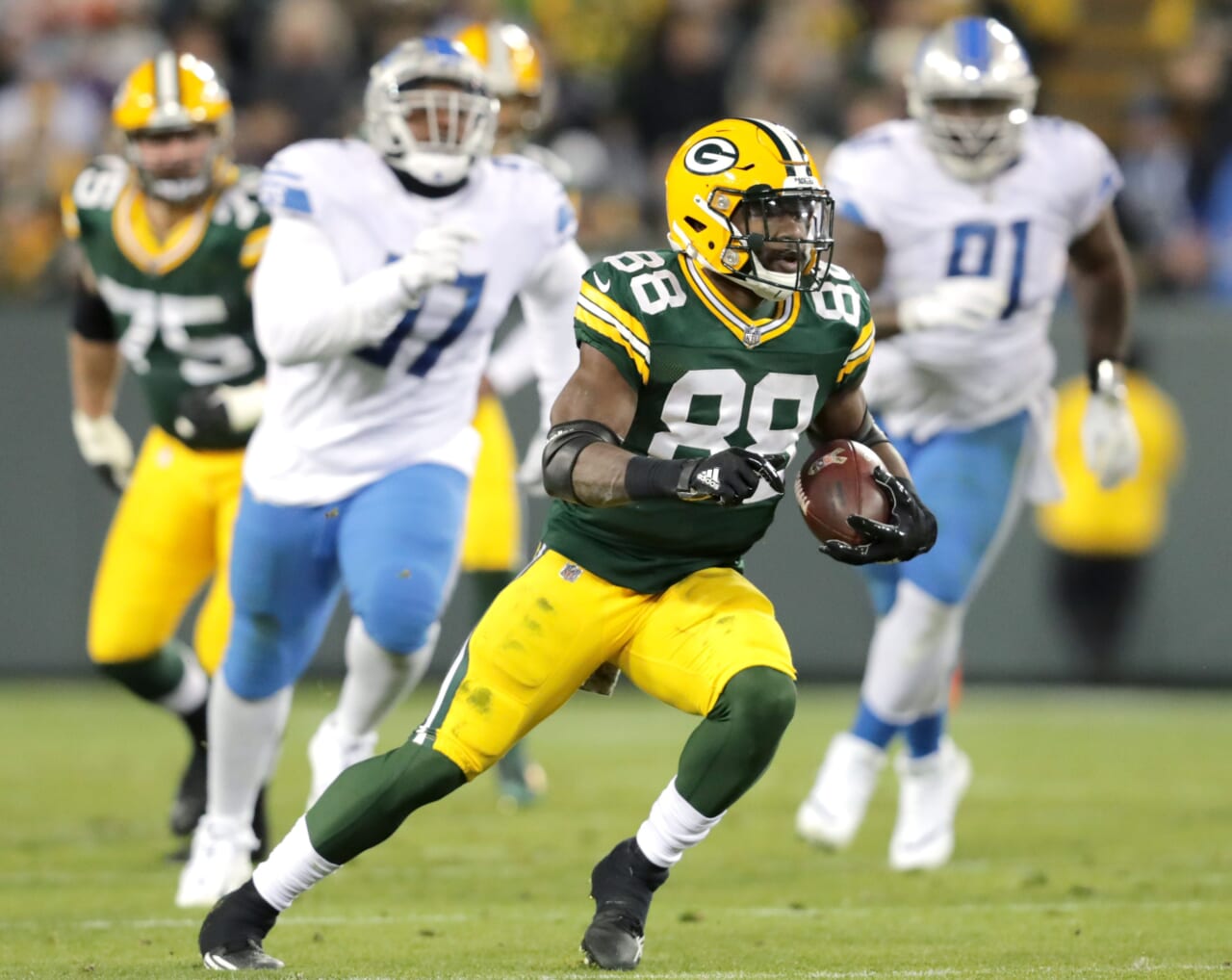 Ty Montgomery was signed by the New York Jets after the addition of Leâ€™Veon Bell. It was overlooked to a degree and some were even negative about it following his incident in Green Bay. The fact is, one play doesnâ€™t define a player, but what defines Ty Montgomery is versatility.

When Montgomery was drafted by the Green Bay Packers in the 3rd Round of the 2015 Draft he was a wide receiver. His first year in the league he got some action seeing 19 targets and totaling up 136 yds and two scores. Then with the Packers needing a running back, Montgomery became the guy to fill the void.

Last season he totaled up 188 rushing yards, 235 receiving yards and one score. This was with both the Ravens and Packers following an incident with the Packers.

The fact is, Montgomery brings versatility. Montgomery can be used as an overall asset for the Jets in both a backup RB situation and in a backup WR situation. Heâ€™s a good player looking to prove himself.

He reportedly shined in practices to this point and heâ€™s beginning to earn favor within the organization. In a year where Leâ€™Veon is fresh off a holdout and maybe a little rusty, this opens up an opportunity for Montgomery to shine and with a lot to prove he could provide more of an impact for the Jets this season than most expect. 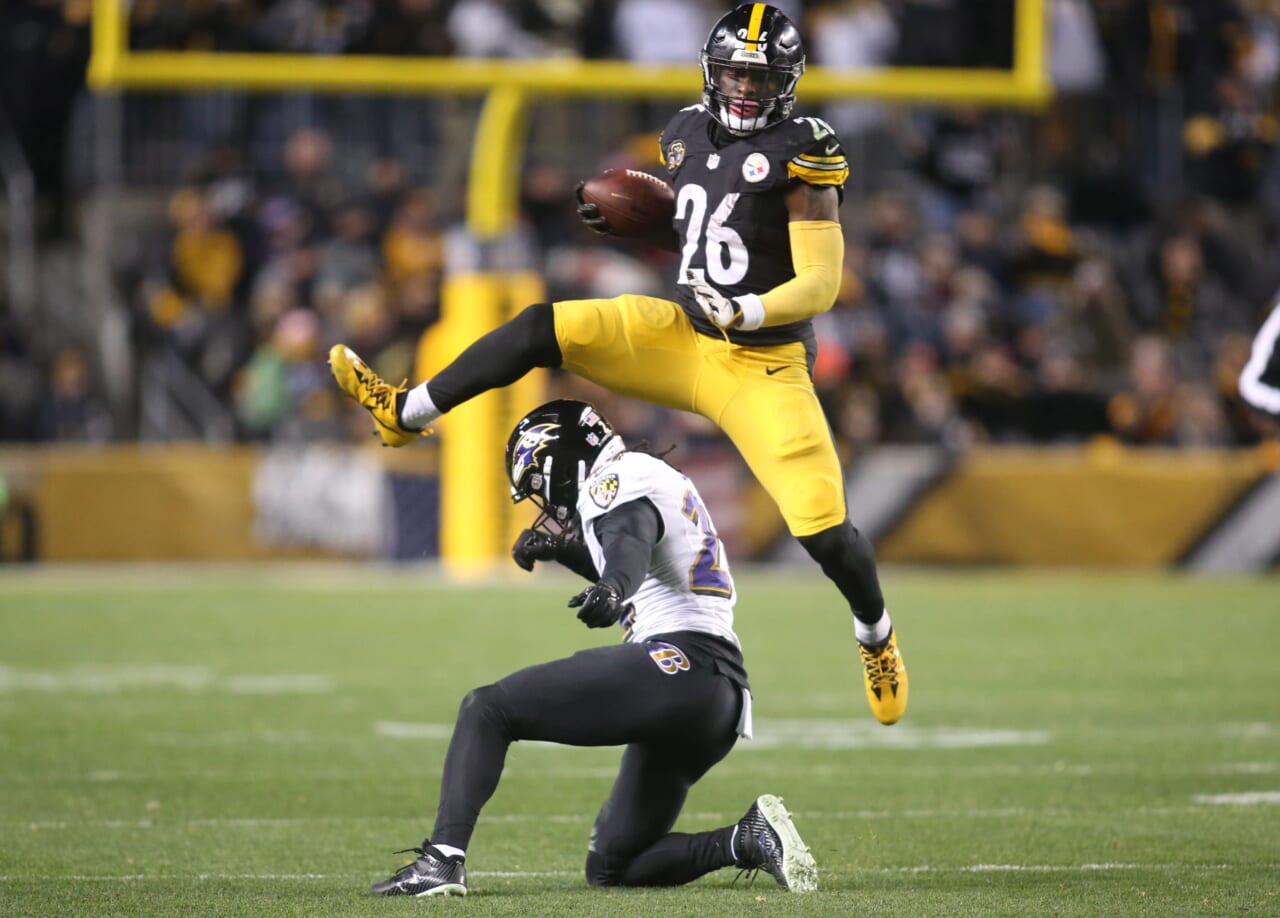 New York Jets offseason acquisition Leâ€™Veon Bell is not far off from a time where he was renowned as one of the best offensive players in football.

His versatile and dynamic skill set made him a 2-time All-Pro and a 3-time pro bowler. He set the league on fire from the start having seasons with over 2,000 yards from scrimmage like in 2014 or even in 2017 having another near 2,000-yard season with 11 scores.

Leâ€™Veon provided the Steelers a patient runner but also a receiving threat. In his opinion, he is a number 1 RB and a number 2/3 WR. Thus, he felt he should be compensated as such or traded. Yeah, well the Steelers didn’t answer that request and after a year off from the game, now Bell joins the Jets and becomes one of the most anticipated Jets players maybe ever.

Bell has been given lofty expectations by the bulk of the sports media world but what are reasonable expectations for a guy who took a year off from the game in his prime?

What should the New York Jets expect from the versatile running back?

Adam Gase is not typically like that and in fact, Kenyan Drake disappointed mightily in his offense last season and only saw 194 times with the ball whether it was catching it out of the backfield or running it. Jay Ajayi is closer to the talent level of Bell and he even only received 295 targets or carries in his only season as the lead back.

The fact is, Gase is going to feed Bell but not as much as Tomlin, especially if you factor in the fear of rust from a year off. That leads me to believe that Ty Montgomery and Bilal Powell will play big parts as rotational backs this season. Both men are strong backups for Bell and can help limit wear and tear and take some reps to ease Bell back in.Â

So, although it would be awesome to see Bell getting the kind of volume he saw in Pittsburgh, that kind of volume isn’t typical of an Adam Gase run offense. Bell will see the field and no doubt be a difference-maker but if there is rust he can still take the pressure off Sam Darnold (a big reason the Jets wanted him) and be the lead back in an explosive offense.

Bell will have a lot of pressure this season coming off a year away from the game but there is no doubt if Bell is even a fragment of what he was in 2017 he will make a significant difference on Gang Green.Â