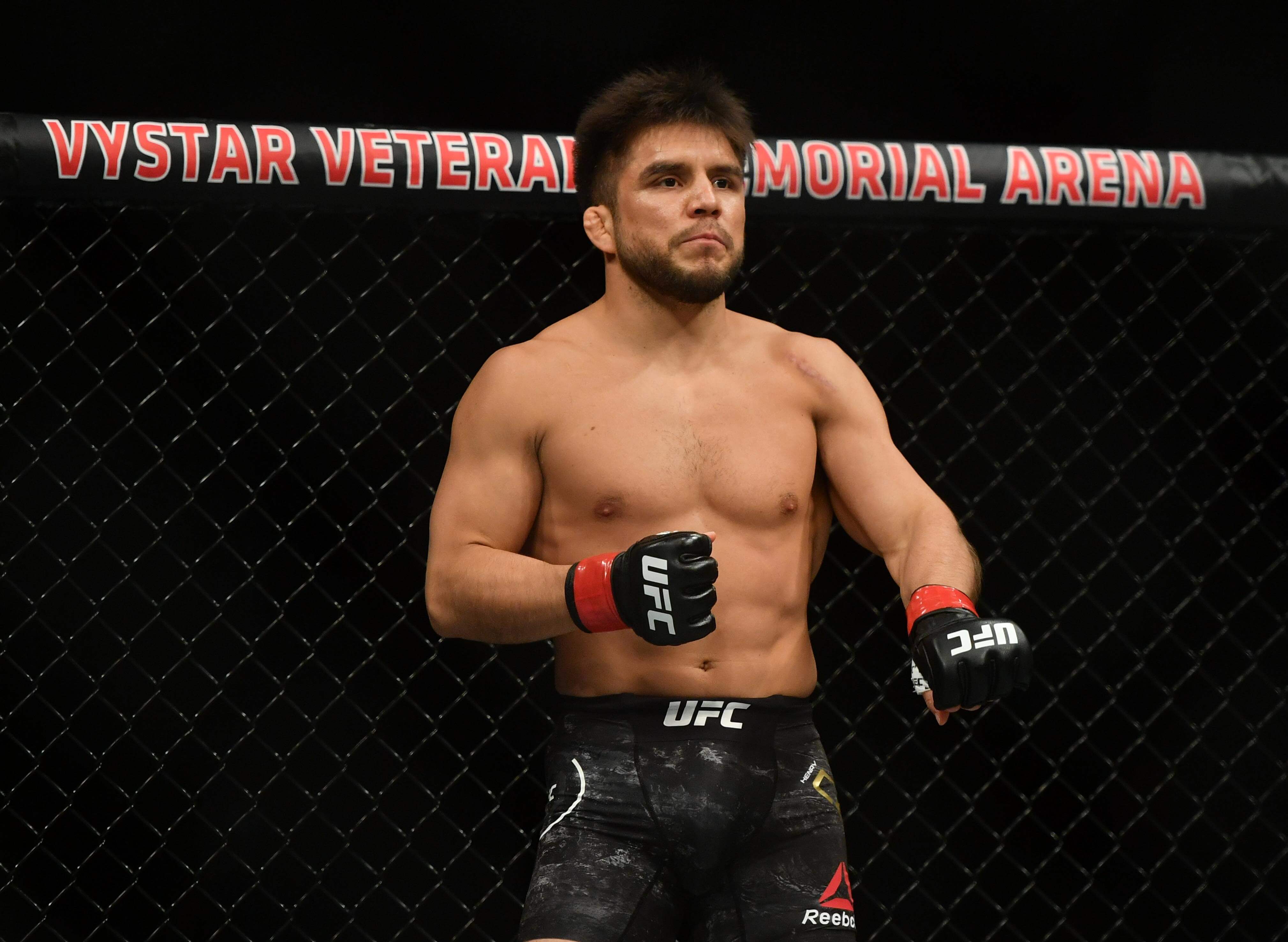 One of the best pound-for-pound fighters in the UFC walked away from the sport in his prime in 2020. That fighter would be the former two-division world champion and Olympic Gold Medalist, Henry Cejudo (16-2).

We last saw Henry Cejudo compete at UFC 249 where he defended his bantamweight title against Dominick Cruz. Cejudo executed a perfect game plan that night and went on to finish Cruz in the second round to retain his title.

After the fight was over, Cejudo was interviewed by Joe Rogan inside the octagon. It was at that moment where the two-division UFC champion announced that he would be walking away from the sport at 33 years old.

It was a shocking announcement for most considering Cejudo’s stature in the sport. Cejudo had just capped off a four-fight run where he defeated Demetrious Johnson, TJ Dillashaw, Marlon Moraes, and Dominick Cruz in UFC title fights.

“Triple C” appeared to be just starting out his reign of dominance as he decided to walk away. However, it wasn’t the first time Cejudo walked away on top. He also walked away from wrestling after winning his gold medal.

Yet, there has been rumblings about Cejudo’s desire to compete in the UFC again. Cejudo has stayed extremely active online calling fighters out and expressing his desire to fight. Most recently, Cejudo posted a music video talking about it being his next walkout song.

Will Cejudo return to the UFC?

Earlier this year, Cejudo appeared on the Joe Rogan Experience where he said he would love to come out of retirement if the fight was right. The one fight he said he wanted was Alexander Volkanovski.

The UFC‘s featherweight champion is tentatively scheduled to defend his title against Brian Ortega in Q1 2021. However, Cejudo talked about his desire to capture a title in a third weight class which has never been done in the UFC.

In my personal opinion, I think there’s too many opportunities inside the cage for Cejudo to stay away. This upcoming year Cejudo will just be turning 34 years old. There are many fights that could bring the former champion out of retirement.

A featherweight title fight could bring him out but also a fight with UFC flyweight champion, Deiveson Figueiredo, could bring him out of retirement. I would put the odds at 50/50 that we see Cejudo in 2021. The odds are even higher for seeing him to return to the UFC at some point.

Back in early May, the UFC’s lower weight classes were turned on it’s head when “Triple C” Henry Cejduo announced that he was walking away from the sport.

Cejudo had just stopped Dominick Cruz in the second round of his first title defense in the bantamweight division. In the post-fight interview, Cejudo told Joe Rogan that at 33-years old, he was walking away.

The Motivation for Retirement

To Cejudo’s point in the post-fight interview, he could walk away with nothing to improve. He won and successfully defended belts in two UFC weight classes along with winning an Olympic gold medal.

Cejudo from a credentials standpoint is one of the greatest combat sports to have ever lived. You cannot deny him of that.

Cejudo began to mention that he wanted to get paid more. He started pushing this after he defeated TJ Dillashaw back in January of 2019.

Flyweights notoriously were not the highest paid guys in the UFC, but Cejudo wanted to change that based on his performances.

Cejudo moved up to fight Marlon Moraes at UFC 238 to try to become a double champ, and he successfully did that. Yet, it seemed Cejudo was still not happy with his compensation.

While he didn’t come right out and say that, one has to wonder if that was the primary reason that Triple C walked away from the sport after UFC 249.

When will he return to the UFC?

This is the million dollar question when it comes to Cejudo. When and will he actually return to the UFC?

Right after Cejudo retired, it was rumored that he was trying to get a boxing match against young standout, Ryan Garcia. The fight would net Cejudo a pretty penny if it came together, but nothing ever got close to getting done.

Cejudo has remained extremely active on Twitter calling out UFC fighters despite being retired. The one fighter he seems to be calling out the most is Alexander Volkanovski.

This is the only fight that matters to my legacy and would cement me as the goat of my sport! Who wants to see me make @alexvolkanovski bend the knee!? Triple C 🖊 pic.twitter.com/DBiRQp9PuA

If the UFC were to ever put on that fight and Cejudo win, he would become the first man in UFC history to win a title in three weight classes to go along with his Olympic gold medal.

Cejudo told Joe Rogan on JRE that this would be the one fight he’d come back for. Of course Dana White and company are hesitant to make it happen. The reason being that Cejudo said he’d likely walk away again if he won the title before defending it.

I tend to believe that we have not seen the last of the King of Cringe. Cejudo is a natural competitor and I believe that before long, he’s going to be presented with something that makes him want to compete again.