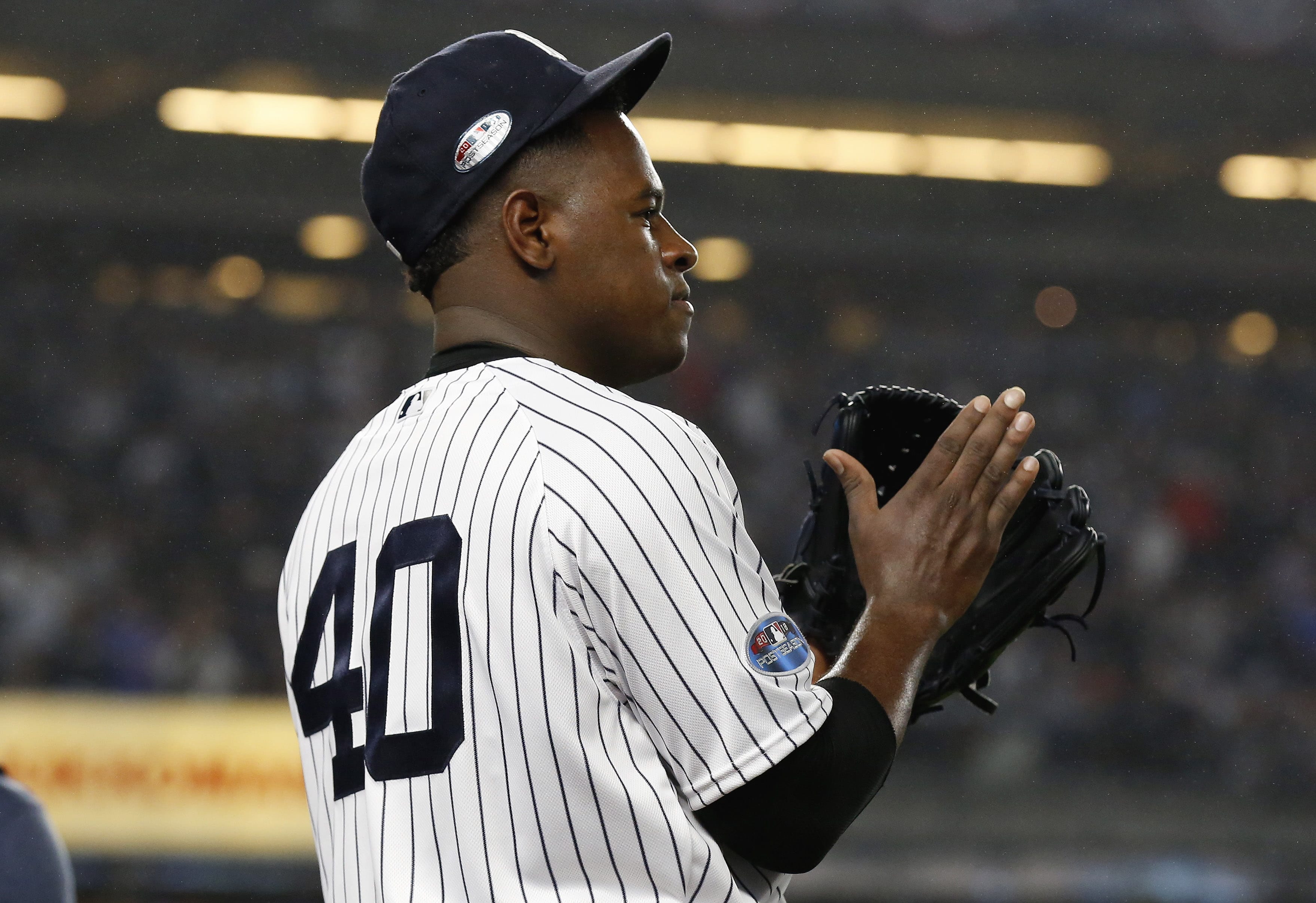 Luis Severino pitched what is expected to be his final rehab start Wednesday night and will most likely rejoin the New York Yankees soon. In 3.2 innings pitched for the Trenton Thunder, he looked sharp. Severino allowed one run on five hits while fanning four, finishing with 64 pitches (47 strikes).

Severino looked real good in his outing. His final line doesn’t promote how well he actually pitched, primarily because he had a minor league defense behind him. The best thing about Severino’s outing is his velocity was back. His fastball was up to 97-98 consistently, and his slider and changeup looked great.

Following the game, Severino said he expects to be back with the big club in 4-5 days. He also said he expects to return back to his starter role when he rejoins the team. The Yankees will most likely continue to build his innings and pitch count during the month of September. They’ve spoken that they intend to have Severino back either as a starter or a bullpen arm.

Severino was dealing with a right lat injury which has sidelined him all year long. He suffered this injury during spring training and his rehabbing had been inconsistent.

When completely healthy, Severino is one of the most dominant and feared pitchers in the major leagues. A 19-8 record last season, he’s credited to a career 3.51 ERA.

Other players expected to rejoin the Yankees off the injured list are Giancarlo Stanton and Dellin Betances. Stanton has dealt with several injuries this season which has kept him from only appearing in nine games this year. Betances was dealing with similar injuries that Severino experience which has caused him not to step on a major league mound all year.