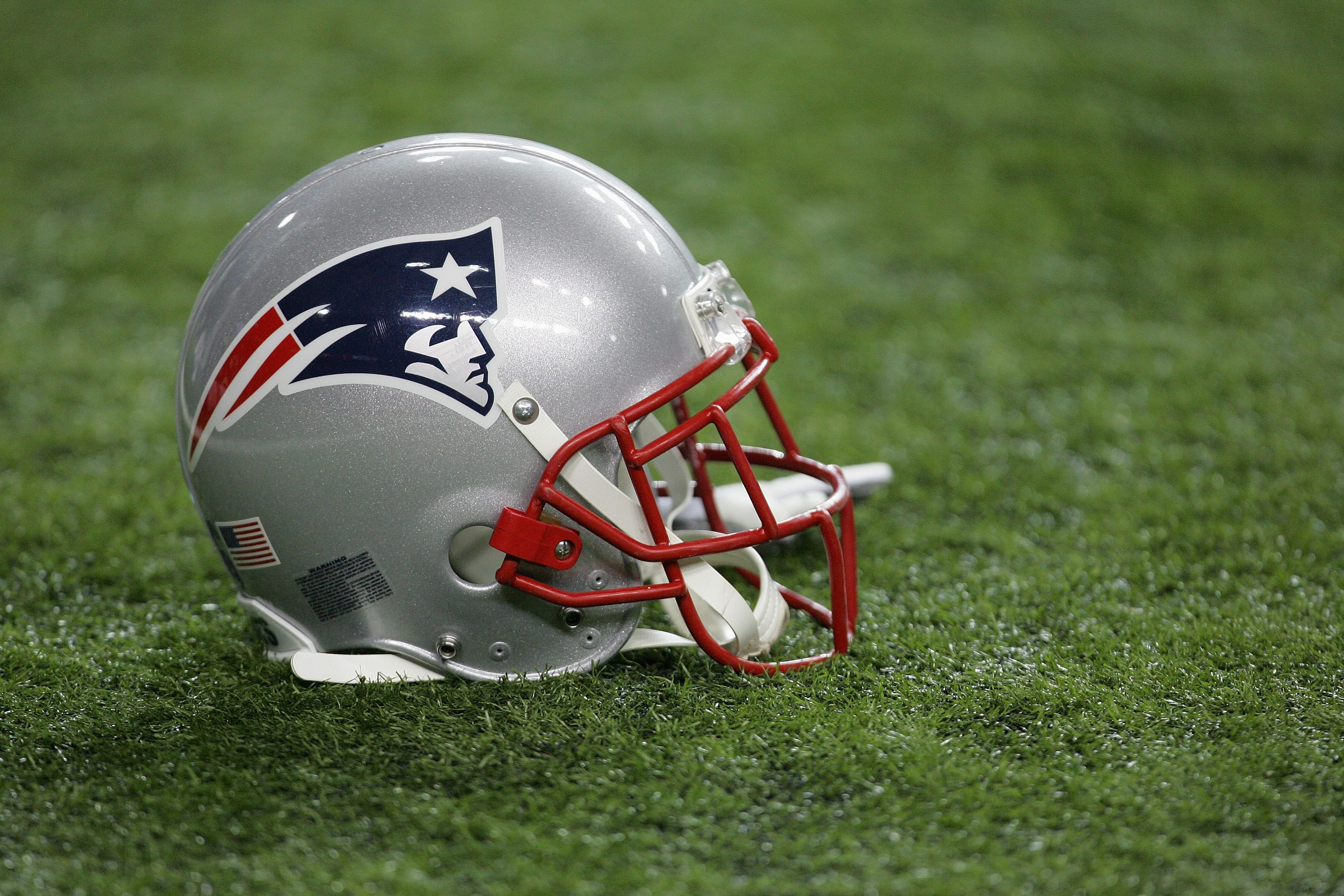 The New England Patriots will be without one of their top blockers against the New York Jets on Sunday in East Rutherford.

Trent Brown has been downgraded to out for #NEvsNYJ.

The New England Patriots announced on Saturday that right tackle Trent Brown would not play in Sunday’s tilt against the New York Jets (1 p.m. ET, NBC).

Brown injured his calf on the first series of the Patriots’ opening weekend tilt against the Miami Dolphins. He’s in the midst of his first year in New England, having arrived through a trade with Las Vegas. Justin Herron and Yasir Durant appear to handle Brown’s reps in East Rutherford.

With Brown out, the Jets’ pass rush has an opportunity to raise some much-needed pressure on rookie quarterback Mac Jones. New York (0-1) struggled to make the Carolina Panthers’ backfield uncomfortable last Sunday in Charlotte. The Jets’ pass rush was expected to struggle after prized acquisition Carl Lawson was lost for the season. It mustered only a single sack against Sam Darnold and the Panthers. John Franklin-Myers was a welcome exception to the struggles, earning two tackles for a loss, including the aforementioned quarterback takedown.

Brown’s downgrade wasn’t the only New England transaction on Saturday as the hours countdown toward their visit to the Garden State: the team added defensive lineman Tashawn Bower and kicker Nick Folk to its active roster. Another kicker, Quinn Nordin, was placed on injured reserve.

As for the Jets, they’re likely to be without rookie linebacker Jamien Sherwood, who was labeled doubtful with an ankle injury. Receivers Keelan Cole (knee) and Jamison Crowder (groin) are questionable as is tackle Chuma Edoga (non-COVID illness) and Isaiah Dunn (shoulder). 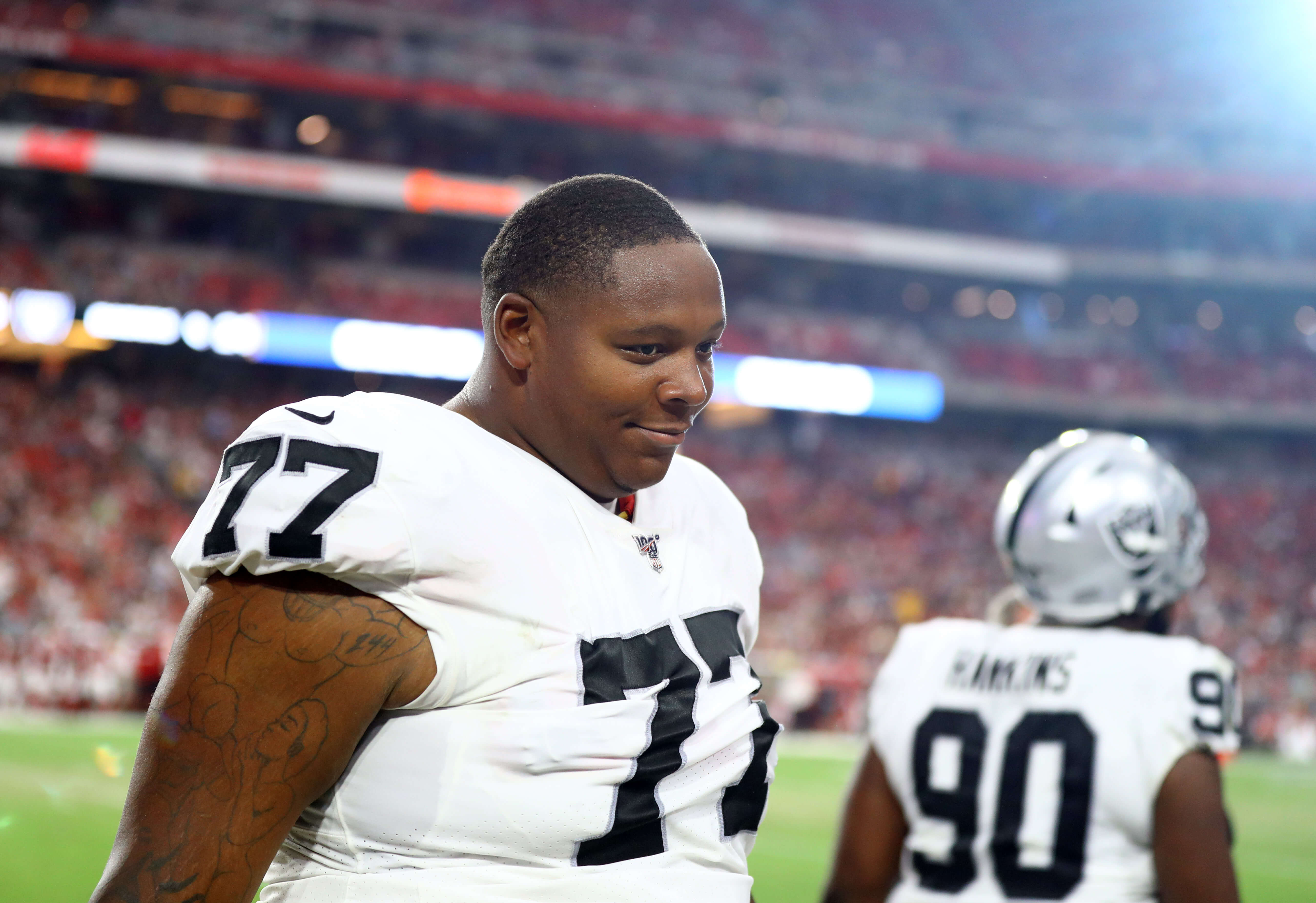 Las Vegas Raiders’ Trent Brown is the “greatest underdog” on the field, but when it comes to giving back, he is a top dog!

Brown is active in his community, speaking to kids at the Conyers Youth Detention Center.  When something negative arises, Brown sees fit to make a positive change.  Recently, Brown donated $20,000 to fund laptops for those in the Clark County School District.  With the coronavirus pandemic affecting underprivileged communities at a disparaging rate, Brown hopes that these laptops will make life a little easier for these students to learn at home.  A fair education is not only a necessity for all, but a right and Brown is working to ease one less burden for these children!

With the ongoing despicable racism plaguing African American communities, Brown decided to create a shirt for Black Lives Matter in which 100% of the sales will benefit his TB77 Cares Foundation which works to give children in need the chances and circumstances to succeed that they so rightfully deserve!  To support this wonderful cause and help make a difference we so desperately need be sure to visit https://tb77official.com/

When tough times and societal ills arise and those that are consistently and constantly maltreated and subjugate to harsh and unfair conditions causing distress and anguish, Brown stands up for them and uses his platform to make sure that their just concerns are heard.  Representing those that are disadvantaged is something that Brown has dedicated immense time to and he is not stopping any time soon until real change is brought forward!