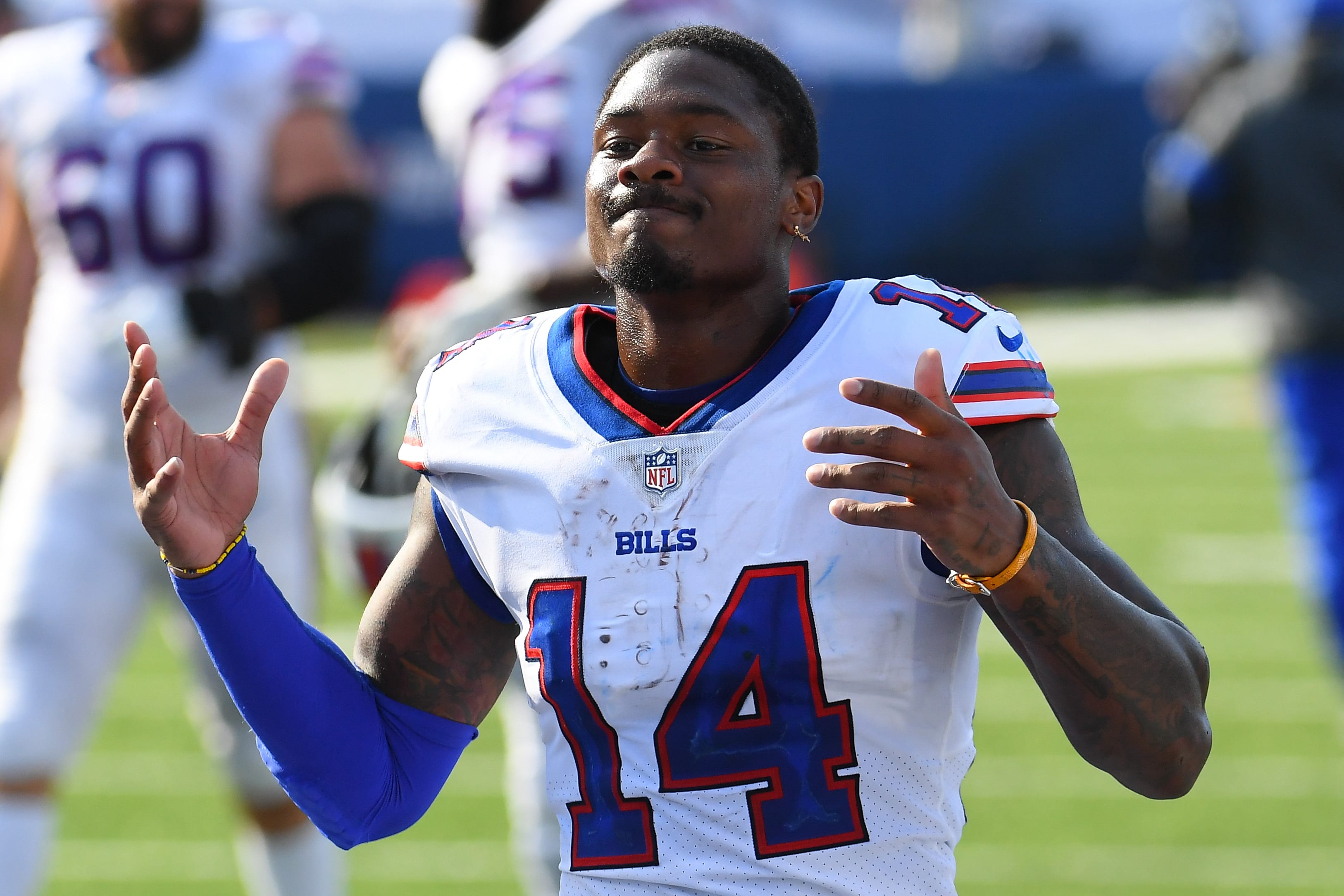 As the Buffalo Bills prepare for the postseason, five of their brightest start received All-Pro nominations.

The Buffalo Bills earned a bit of a morale boost as they prepare for their long-awaited AFC Wild Card matchup at home against the Indianapolis Colts on Saturday afternoon (1:05 p.m. ET, CBS). Five Buffalo representatives appeared on the NFL’s All-Pro teams, whose rosters were released on Friday. Stefon Diggs appeared on the first-team group, ending yet another dubious streak in Bills history, as he’s the first receiver to earn the honor in franchise history.

Diggs, 27, has proven to be well worth the four draft picks Buffalo sent west to obtain him from the Minnesota Vikings. Best known for his game-winning touchdown at the end of the 2018 NFC Divisional playoffs against New Orleans, Diggs set Buffalo records with 1,535 yards on 127 receptions, both of which led the league. He earned AFC Player of the Week honors for his Week 16 performance against New England, earning 145 yards and three scores on nine receptions.

Returning to the All-Pro list are returner Andre Roberts and cornerback Tre’Davious White, who were respective first-team members in 2018 and 2019. Roberts led the league with 30 yards per kick return and ranked seventh with a 9.9 average on punts. White is living up to a four-year, $70 million extension ($55 million guaranteed) bestowed to him in September and lived up to it with 57 tackles, 11 pass breakups, and three interceptions despite missing two games due to a back injury.

New to All-Pro lists are quarterback Josh Allen and receiver Cole Beasley, both second-teamers. Like Diggs, Allen spent this season rewriting the Bills’ record books, tallying 4,544 yards and 37 touchdowns through the air. Allen was responsible for 46 scores overall, picking up eight rushing tallies and one receiving through a trick play collaboration with John Brown. As for Beasley, he also set career-bests despite missing the last two games of the year with injuries of his own. The former Dallas Cowboy earned 967 yards on 82 receptions, four of which went for six. 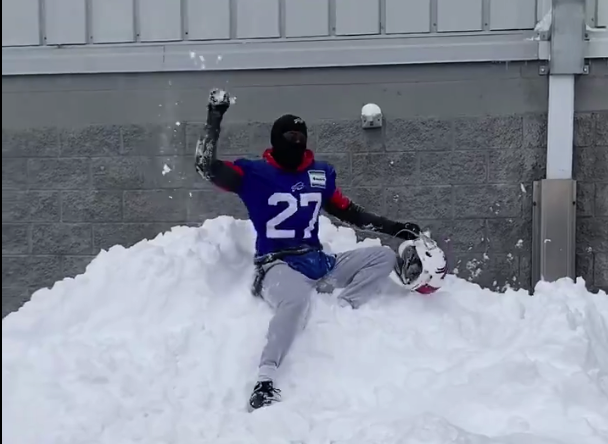 A snowy civil war erupted in Buffalo Bills circles on Thursday, as defenders engaged in a snowball fight, captured by Terry Pegula.

Rumors of in-fighting amongst the Buffalo Bills are all too true, proven by none other than one of the team’s owners on their official social media channels.

There’s no cause for concern in Orchard Park, however, as their civil war is one of the snowy variety.

Much to the presumed chagrin of their upcoming opponents, Winter Storm Gail did little to stop business as usual at ADPRO Sports Training House. As the Bills prepare for a Saturday tilt against the Denver Broncos (4:30 p.m. ET, NFL Network), their defenders ended their Thursday proceedings with a snowball fight. Video of the ensuing battle was posted on the official Bills accounts, with filming credited to co-owner Terry Pegula.

Cornerback Tre’Davious White is perhaps the strongest force in the video, guarding the top of a large snow pile near the entrance to the fieldhouse. White apparently came prepared, tossing several premade snowballs at his jovial teammates. An assault from some offensive players, led by practice squad running back Christian Wade, forces White to abandon his mount. Several other defenders attempt to claim the pill of themselves through swooping snow all over their teammates, with Ed Oliver and Josh Norman holding out the longest. The entire exchange is bravely captured by Pegula, who co-owns the team with his wife Kim.

The Buffalo area is, of course, no stranger to snow and freezing temperatures. It has played host to several snowy showdowns at Bills Stadium, such as the memorable get-together against Indianapolis in December 2017. The Binghamton area received 40 inches of snow from Gail on Wednesday afternoon into evening, with two additional inches falling on Thursday. It made for some picturesque settings at Bills Stadium, which will next host Buffalo’s regular-season finale on January 3 against Miami.

In either case, the Bills (10-3) should be well-prepared for what should be a chilly visit to the Rocky Mountains. The sun will set shortly after kickoff on Saturday, with temperatures expected to drop into the high 20s. Precipitation is not expected, thoughts are expected to reach 11 miles per hour.