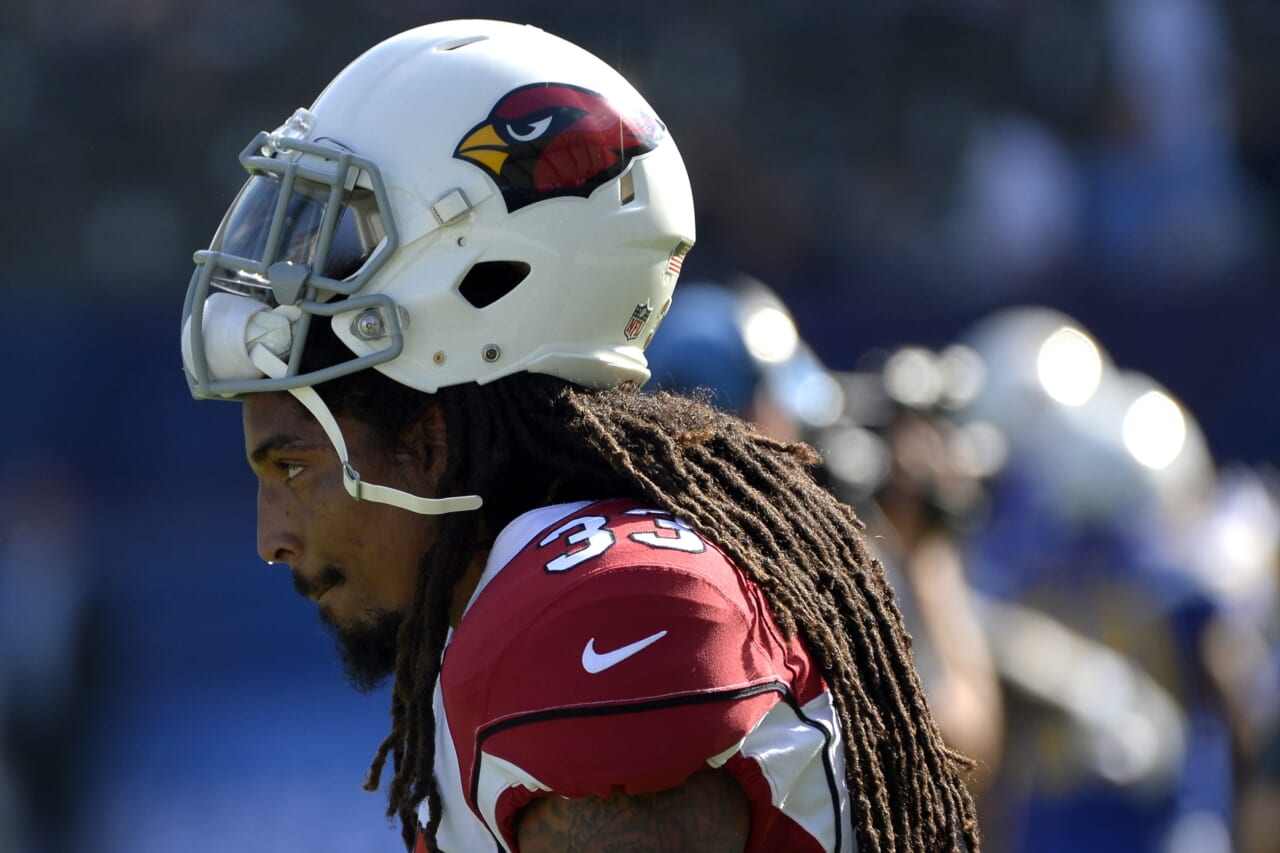 Prior to the start of training camp, the New York Giants will bring in veteran safety Tre Boston for a visit. The seasoned defender could be a good grab for a team that’s relying heavily on Antoine Bethea to sure up the defensive backfield.

Finishing 2018 on a one-year, $1.5 million contract with the Arizona Cardinals, Boston put together a solid season. Ranking as the 24th highest-graded-safety as per PFF with a 74.1 overall grade, he proved he can still be a capable starter. Allowing just 18 receptions on 30 targets for 189 yards and two scores, Boston would be a cheap signing that can act as a quality reserve option.

Right before training camp, the #Giants are bringing in FA safety Tre Boston for a visit today, source said. A potential signing.

One thing I like about Boston is his injury history, playing in 72 of a possible 80 games in five seasons. He’s collected 17 passes defended in the past two seasons alone.

Going into a new situation last season, he forced an incompletion percentage of (26.7%) which ranked fourth among safeties with at least 10 targets. Additionally, his 61.0 passer rating was the sixth-best among safeties. In all likelihood, Boston would be the backup to Bethea who’s a sure tackler. 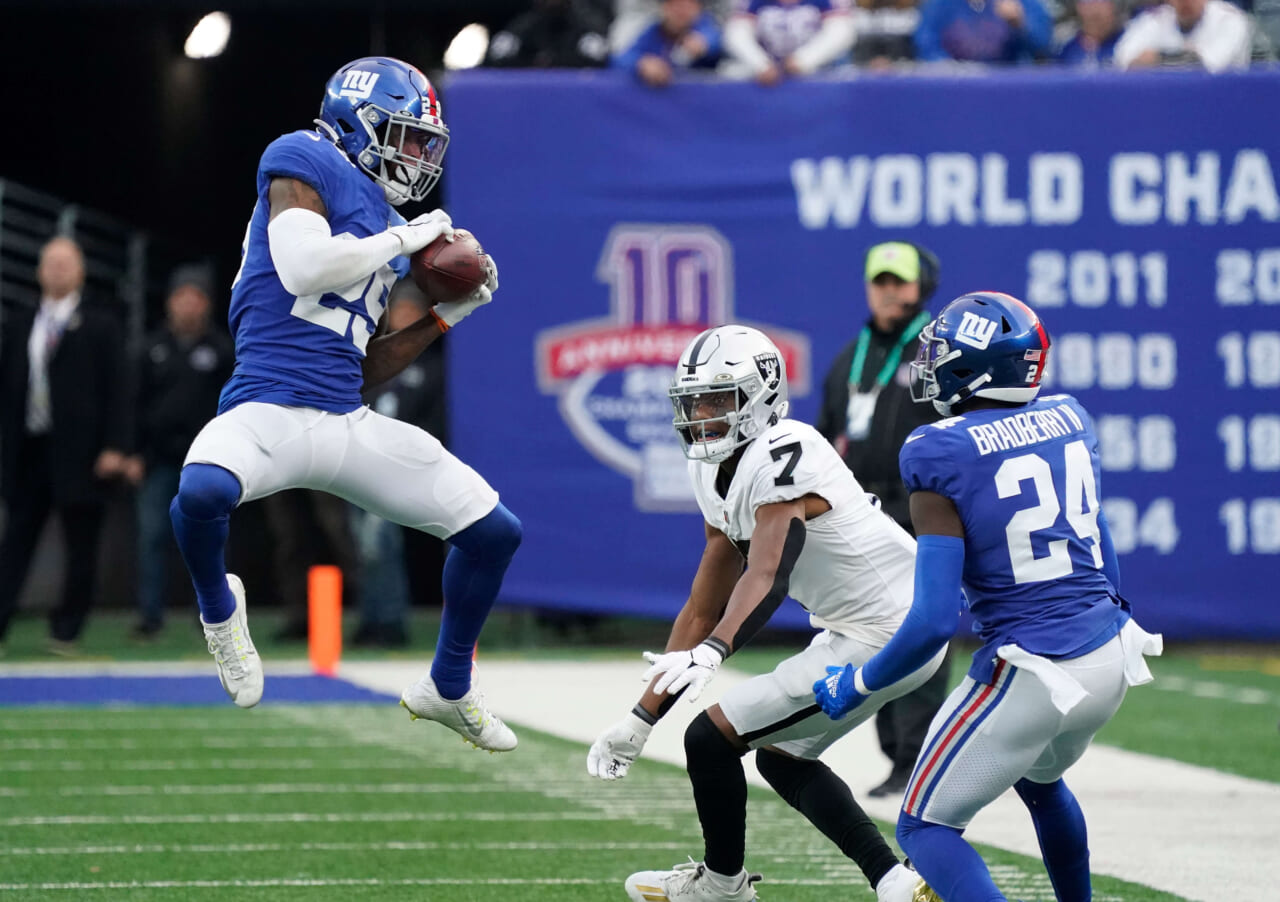 What will the New York Giants’ starting secondary look like in 2022? 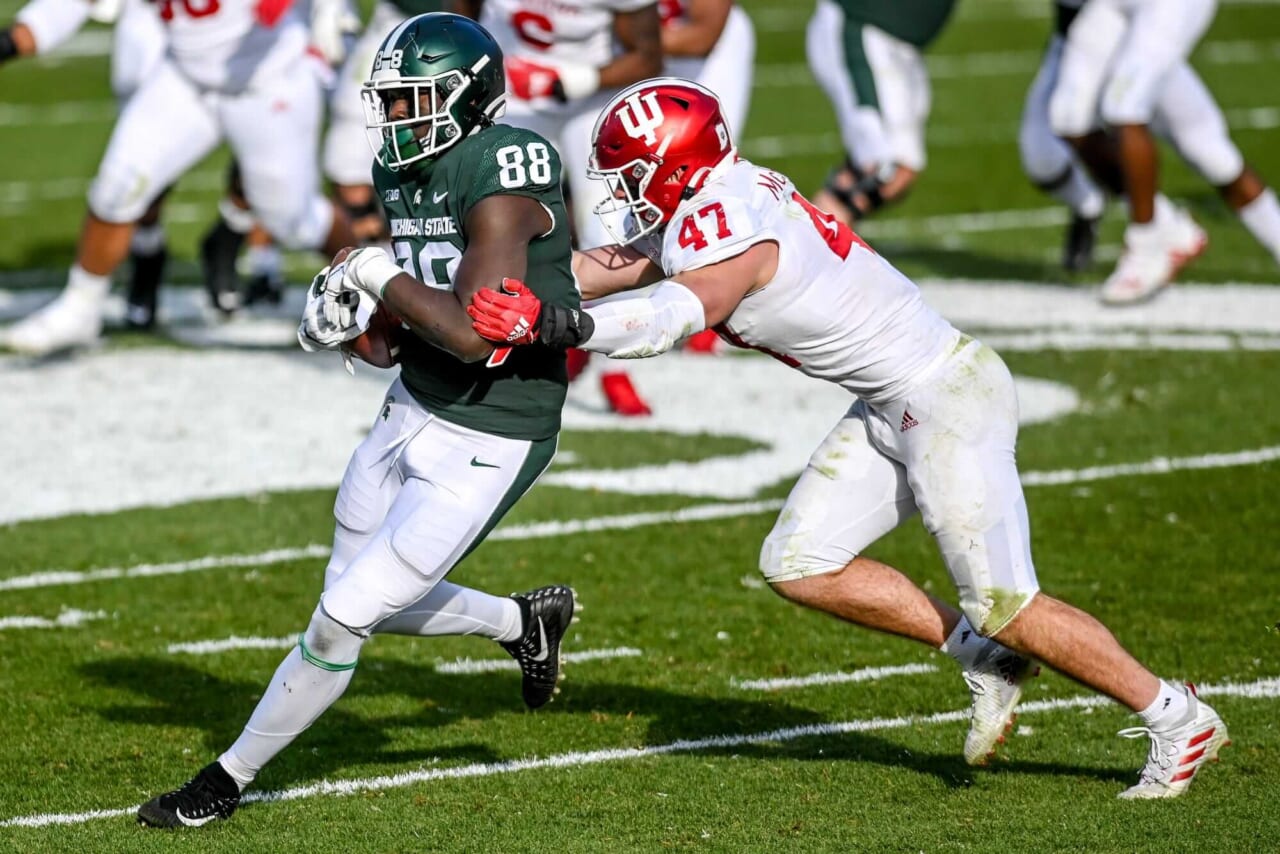 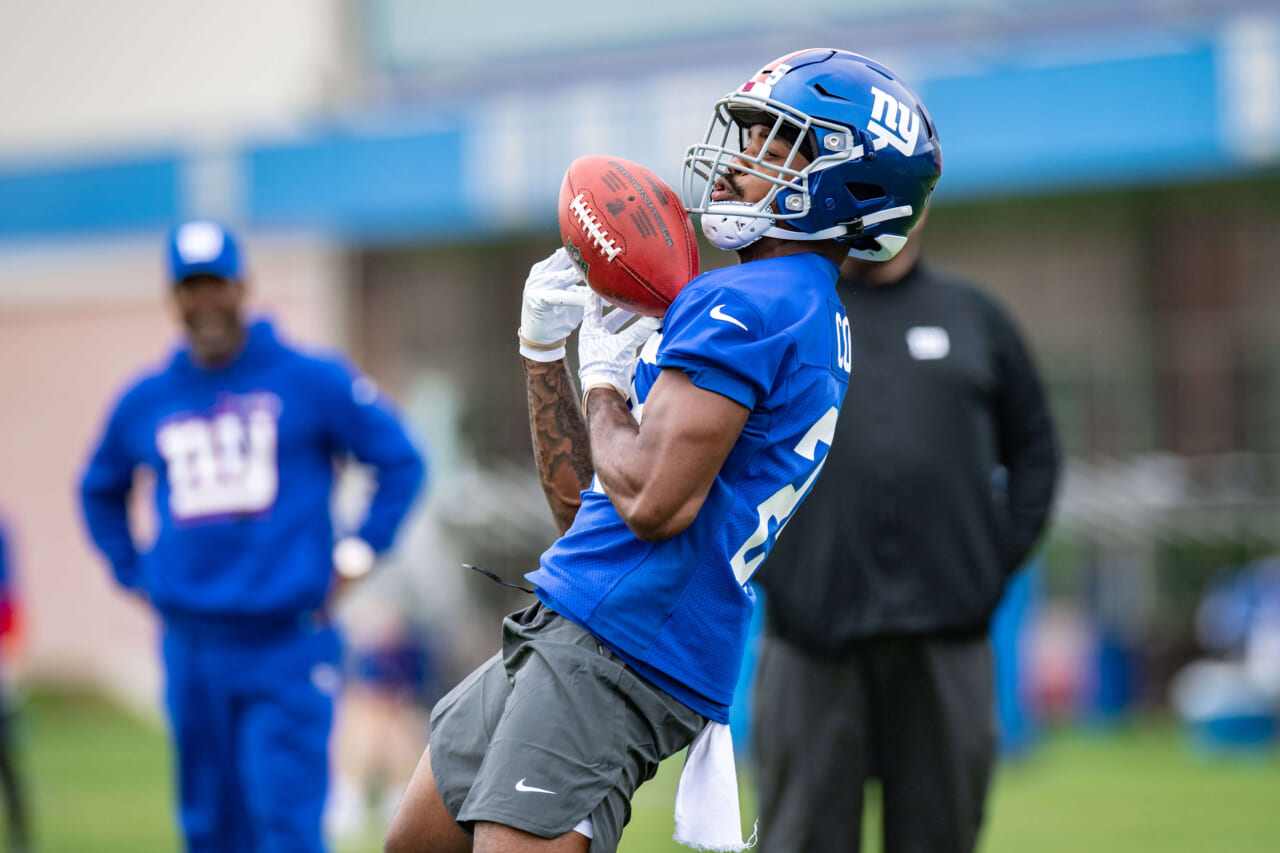 What would Boston offer the New York Giants?

I do like Tre’s versatility, however, as he can play free safety and strong safety, giving the Giants a utility option to interchange between the two in case Jabrill Peppers misses any time.

Keep an eye on this development as the Giants could very well sign him to a cheap deal. 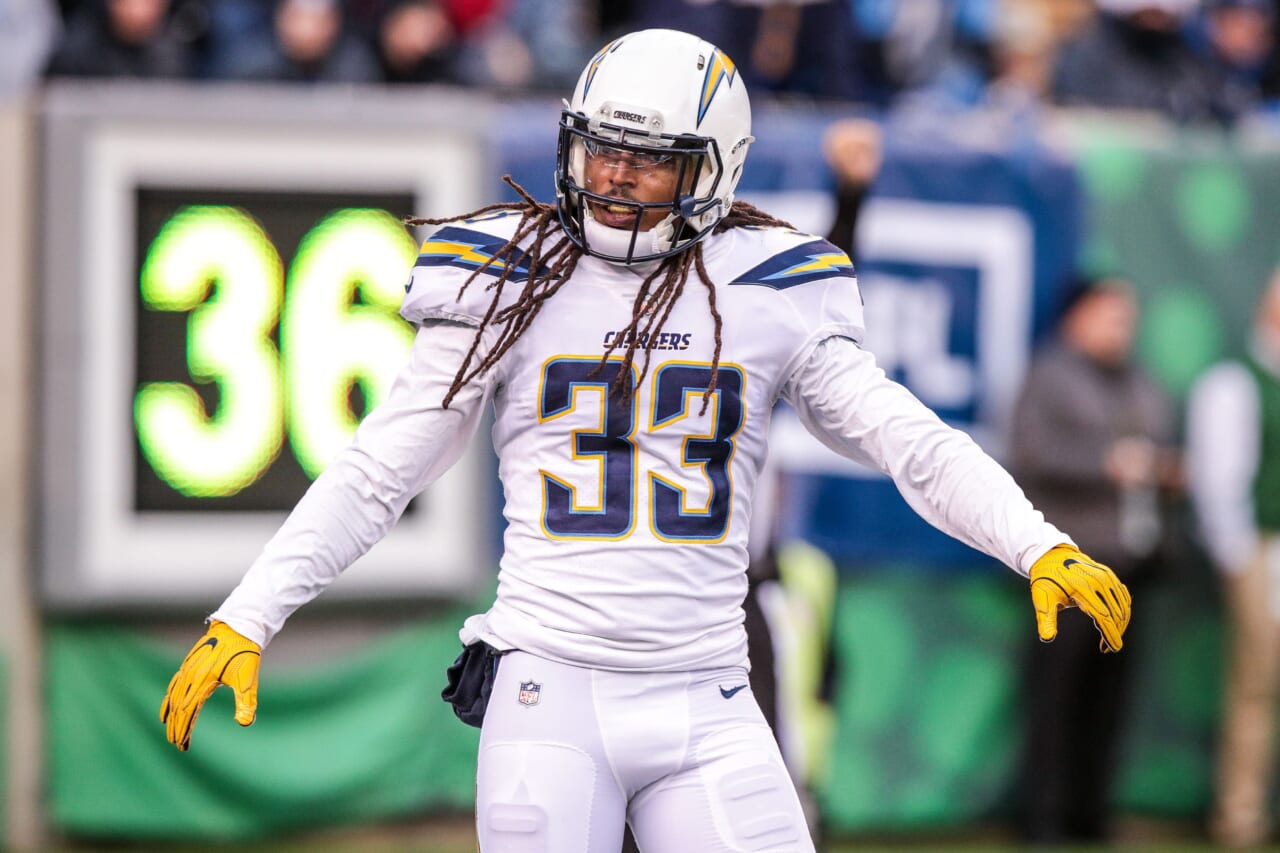 With the additions of Jabrill Peppers and Antoine Bethea, the New York Giants’ safety positions are in much better shape than they were at the beginning of the offseason. The New York Giants let their star safety, Landon Collins, walk away in free agency and were not left with many talents at the position.

However, general manager Dave Gettleman made it a point to fix the secondary this offseason. The Giants drafted three cornerbacks in the 2019 NFL Draft (four if you count Sam Beal). But they did not draft a safety.

Antoine Bethea is a solid veteran who fits defensive coordinator James Bettcher’s defense. Unfortunately, Bethea probably will not be around for too long, being that he is 34 years old. It would be wise of the Giants to add another young safety to the roster to pair with Peppers.

Luckily for the Giants, there is a solid free agent safety option still available:

Free agent safety Tre Boston would be a solid addition to the Giants’ defense. Boston has been in the NFL for five seasons and has bounced around to three different teams. Most recently, Boston played for the Arizona Cardinals in 2018.

In his lone season with Arizona, Tre Boston was a solid defender against the run and the pass. He tallied up 79 combined tackles, 1 forced fumble, 3 interceptions, and 9 passes defended. No matter where Boston has played, he has been a solid safety.

Tre Boston was drafted by the Carolina Panthers in 2014. Dave Gettleman was the Panthers’ general manager at the time. This connection could lead the Giants to have some interest in Tre Boston.

Boston starter 15 games for the Chargers in 2017. In that season, Boston was a true playmaker totaling 5 interceptions and 8 passes defended. He was again solid against the run with 79 combined tackles.

Tre Boston had two solid years of play with two different teams. This demonstrates his true young talent and his ability to handle adversity. At only 26 years old, if the Giants sign Tre Boston, they will be getting a dependable young safety to pair with Jabrill Peppers for the future.