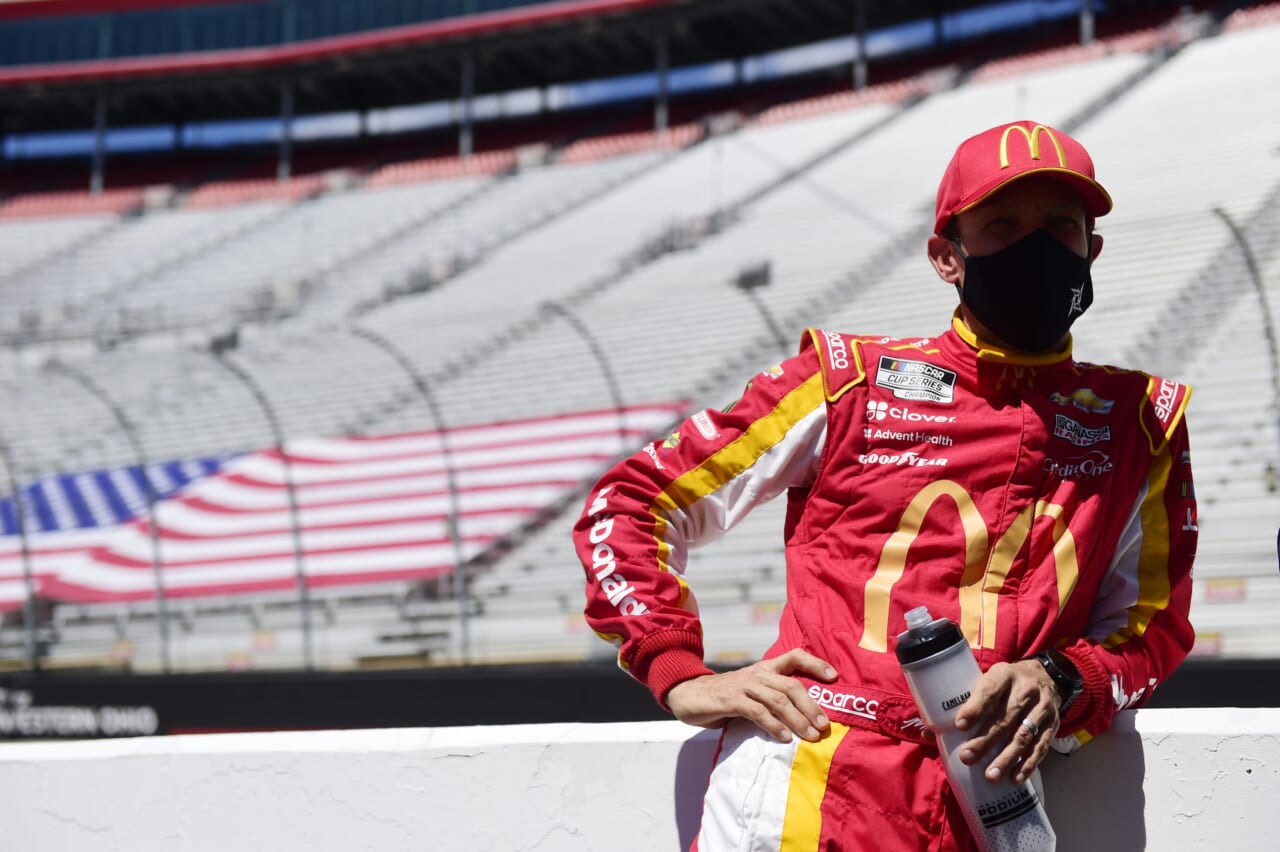 Kenseth had returned to the NASCAR Cup Series to take over for the fired Kyle Larson in the No. 42 Chevrolet.

After nearly two full decades on the NASCAR Cup Series circuit, it appears Matt Kenseth is finally ready for the checkered flag.

The 2003 Cup Series champion revealed to Tamira Madsen of the Wisconsin State Journal that he will more than likely no longer in NASCAR on a full-time basis. Kenseth has come out of retirement twice, including this past season, since originally departing in 2017.

Kenseth, 48, returned to NASCAR to sub in for Kyle Larson in the No. 42 Chevrolet for Chip Ganassi Racing. Larson had previously been fired from the vehicle after using a racial slur during a streamed virtual event on the iRacing platform. Kenseth made his CGR debut when NASCAR returned from the coronavirus-induced pause at Darlington Raceway in May. Such a move reunited Kenseth with Kurt Busch, modern driver of the No. 1 Chevrolet for Ganassi. The duo previously starred at Roush Racing at the turn of the century, bringing the team championships in back-to-back seasons.

Kenseth’s return got off to a good start with a 10th-place finish in The Real Heroes 400, but he struggled over the remainder 32 races of the year, earning only one other top-ten finish, doing when he finished second to Kevin Harvick at Indianapolis. He expressed disappointment over failing to generate more momentum in the No. 42, partly blaming the lack of qualifying and practice, a loss made necessary as NASCAR trimmed their race weekends to a single day in the era of social distancing.

“Finishing second at Indy was the highlight of our year,â€ Kenseth said. “We didnâ€™t get any decent momentum or consistency to build off of. We had competitive runs here and there. We had a little bit of momentum going at times, and other times it felt like we were going backward.â€

If this is truly the end for Kenseth, 2020 shouldn’t sully what’s been a strong NASCAR career. Kenseth’s dominant performance guided him to the 2003 Cup Series title, the last season held without a playoff system. Other accolades at the Cup level include the 2000 Rookie of the Year Award, two Daytona 500 victories (2009, 2012), and 39 race victories overall in a 19-year full-time career at Roush and Joe Gibbs Racing. Kenseth had previously come out of retirement to race in 2018, driving Roush’s No. 6 Ford on a part-time basis after the demotion of Trevor Bayne. The 2019 season was the first Cup Series season that did not feature Kenseth on the track since 1997.

â€œI will say that 2019 was one of the best years of my life,â€ Kenseth recalled in Madsen’s report. â€œI had tons of free time, and had a great time with Katie and the kids. There was no stress and we spent the whole summer together doing whatever we wanted to do. Iâ€™m extremely thankful for the opportunity at Ganassi and thankful that I did it. I was kind of getting the itch to go race again. So there was a lot of good that came about.â€

Kenseth is one of three full-time drivers to retire after the 2020 season, joining Clint Bowyer and seven-time champion Jimmie Johnson. It had previously been announced that NASCAR Xfinity Series veteran Ross Chastain would inherit the No. 42 from Kenseth next season.