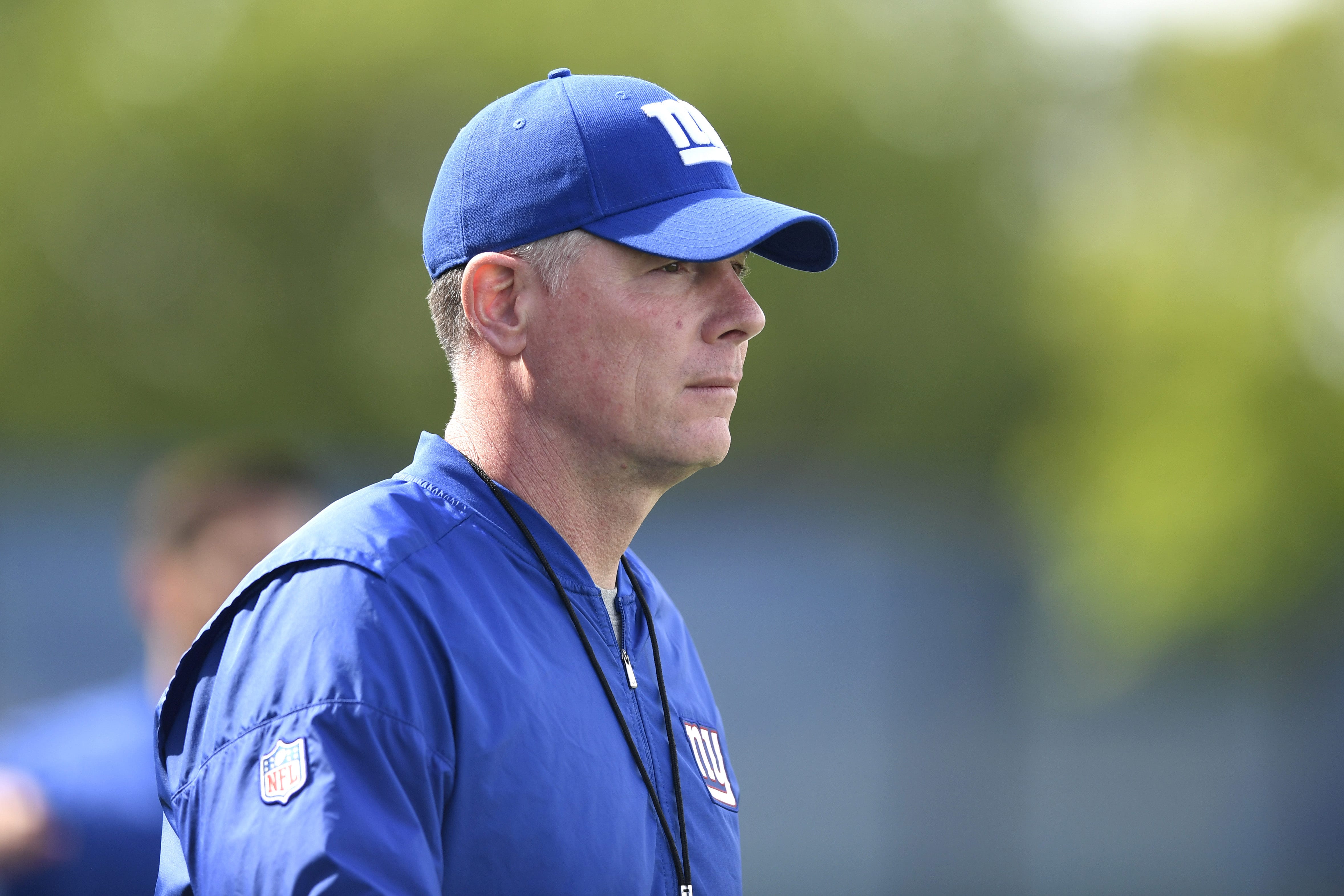 It’s that time of year again. The one before the NFL Draft when there’s a number of workouts and chances to evaluate players. The NFL Combine has passed, but teams are still meeting with players at this point and the New York Giants are no exception to that, holding their local Pro Day on Friday and evaluating players from around the northeast.

How many of those players will draw interest from the team after working out there? According to head coach Pat Shurmur, the number is a handful.

“We had a lot of good players come in and compete. At the local Pro Days we can find players that are going to help us. I don’t think today was any different. There were a handful of guys who might get an opportunity,” Shurmur said to NJ Advance Media.

Some of the players to attend the event were more notable than others. Penn State quarterback Trace McSorley, who is also a former teammate of Saquon Barkley, was one of the quarterbacks to work out for the Giants. While McSorley is an outsider in terms of NFL prospects, many have chosen to not write him off completely following the end to a great college career.

Other players aren’t immediately recognizable. The Giants worked out a number of players from Wagner, Stony Brook, and Albany, which aren’t exactly blue bloods in the world of college football. Or even FBS programs.

There’s also some players who aren’t completely obscure but aren’t from powerhouse schools, either. Potential sleepers, such as Temple’s defensive tackle Michael Dogbe, who attended the local Pro Day after registering 7 sacks and 12.5 tackles for a loss last season.

The most important thing here is that the Giants are evaluating talent from both the known and the unknown sources, reducing their chances of missing out on a potential under-the-radar but productive player.

“Last year we had Rob Martin, Sean Chandler and Grant Haley. Two famous ones were Victor Cruz and Chris Hogan, who was originally on the Giants roster,” Shurmur said.

In a year where the Giants roster needs all the help it can get, another low cost addition like the players Shurmur listed would be perfectly welcome. 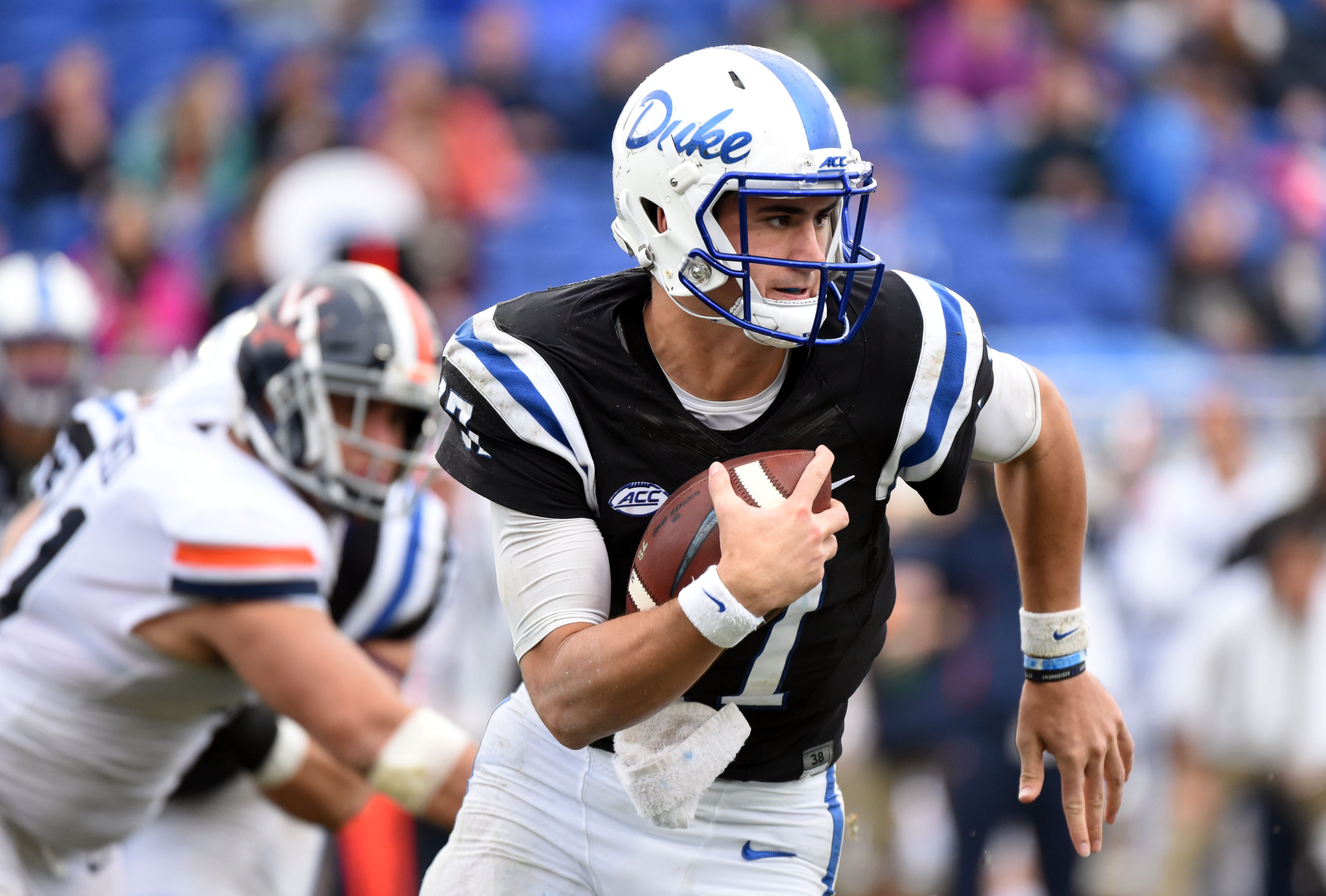 We know the Giants love to draft players from the senior bowl. Last year’s Senior Bowl MVP, quarterback Kyle Lauletta, was a 4th round selection for the Giants in 2018. In 2017, Giants’ third round pick Davis Webb was the Senior Bowl MVP. They also picked another Senior Bowl standout in the third round of the 2018 Draft: B.J. Hill.

With a history of drafting players who perform in the Senior Bowl, it would not be a surprise if the Giants look to draft another senior quarterback in 2019.

The two most notable quarterbacks on the Senior Bowl North Team roster are Drew Lock and Daniel Jones. They are both projected to be first or second round selections in the 2019 NFL Draft.

The two other quarterbacks are Ryan Finley and Trace McSorley. Neither of them have received first round buzz recently, but they could be mid-round selections that NFL teams will look to turn into developmental players. It is unlikely that the Giants will spend another mid-round pick on a quarterback in 2019, after taking one in 2018. The quarterbacks to watch out of Mobile in 2019 for the Giants are Lock and Jones.

Drew Lock is a senior out of Missouri. In his official Senior Bowl weigh-in, Lock was measured at 6′ 3″, 223 lbs., with a 33.5″ arm length and 9″ hands. On the first day of Senior Bowl practice, Lock excelled.

According to The Draft Network, he was the best of all the quarterbacks. Drew Lock was a statistically great quarterback in his junior and senior years at Missouri. As a junior, Lock threw 44 touchdown passes to 13 interceptions with 3,964 yards. This is certainly his best statistical season. However, Lock played a cleaner game as a senior. He reduced his interception total to only 8 and still added 28 touchdown passes.

Jones struggled with ball placement and timing even during on-air drills, consistently putting balls behind their receivers or forcing them to slow and wait on vertical patterns. Jones improved a little in the 1-on-1s, dropping in a nice corner route for his best throw of the day.

Daniel receives a lot of first round buzz due in part to his former coach. David Cutcliffe is a great quarterback coach who got multiple players ready for the NFL, including Eli Manning and Peyton Manning. Statistically, Daniel Jones will not blow you away. However, he has the prototypical body type and all the physical tools to succeed at the next level, plus the professional coaching.

Ryan Finley out of NC State used to be projected as one of the top quarterbacks in the 2019 draft class. However, after his senior year, he has slipped in prospect rankings. One red flag with Finley is his age. He is 24 years old. That makes him older than all of the first round quarterbacks in last year’s draft, and a year older than second-year pro Patrick Mahomes. However, Finley showed flashes of great play in college. With a great week at the Senior Bowl, Finley’s stock could rise again.

Trace McSorley is an undersized signal-caller from Penn State. He played in a run-heavy offense with Saquon Barkley in 2017. In 2018, McSorley actually threw even less passes for lower statistics. However, he is a dual-threat quarterback. McSorley ran in 11 touchdowns in 2017 and 12 in 2018. In 2018, he totaled an impressive 798 rushing yards. What scouts have seen from McSorley as a thrower is a small sample size. However, his rushing ability is enough to draw him some interest. Trace could use a big week in Mobile to move up the big boards. 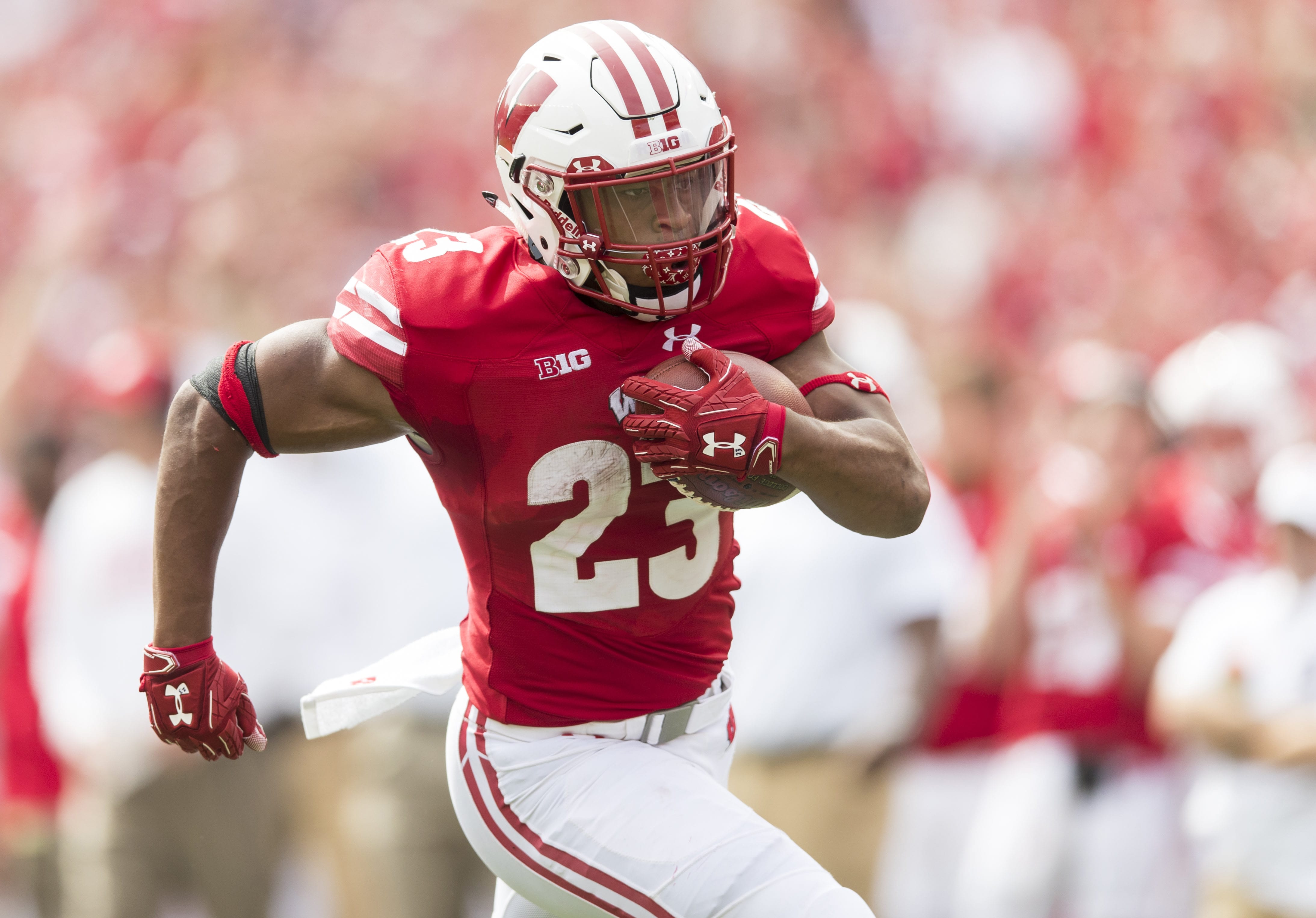 Two Saturdays into the season, and we have a good idea of who the superstars are. It’s still early in the season, so the battle for the Heisman Trophy is still in its opening phases. But let’s face it, everyone is going to talk about it anyway. Because of that, we might as well go over some of the players from the Big Ten conference that could win the award.

Wisconsin’s coaches are certainly doing their part in helping Jonathan Taylor win the Heisman. He was given 33 carries in the blowout of New Mexico, and he made the most of them to reach an average of 7.7 yards per rush. Not only that, but Taylor helped his team on the scoreboard by punching in three touchdowns.

They weren’t all goalline touchdowns either, with one of them coming from a 16 yard run around the edge. Overall, he had 253 yards and looked pretty good with the exception of the fumble. That’s going to be a problem if it happens in bigger games, but not many will care about early season fumbles like this. If a running back wins the Heisman this year, it looks like Taylor is the one that’s on pace to do it.

Like many of the other players that are putting up big numbers in the early season, we still have to see him against better competition. The Badgers, after all, have only played against New Mexico and Western Kentucky at this point in the season. In their next game, we’ll see Taylor against a BYU team that already has a win against power five opponent Arizona.

Haskins already has five touchdowns through two games, despite this being his first year in the starting role. And boy, has he taken to that starting role well. You could have called the quarterback position a question mark for Ohio State going into the season, but after the first games, it doesn’t seem like there will be an actual competition mid-season.

After throwing for four touchdowns against Rutgers, Haskins should have secured the job. You could make an argument, however, that this game only has a limited value for telling how Haskins will play later in the season. Rutgers didn’t get much pressure on the quarterback and Haskins made some of his best plays while standing in a large and well protected pocket, one that gave him enough time to put the ball where he wanted.

Still, you can’t discount the throws themselves, or the staggering 87% completion percentage from 23 passing attempts. Haskins only threw three passes that weren’t caught, which is pretty impressive. Next week, we’ll get to see what Haskins and the rest of the Ohio State offense looks like against an opponent that has more quality. The Buckeyes have to go to Arlington to face TCU, who won both of their opening games in convincing fashion and currently hold the number sixteen spot in the national rankings.

There might be some doubts about McSorley as a Heisman contender after this week, but he’s on this list of players because he entered the season as one of the biggest favorites. Where does McSorley rank right now? That depends on just how much emphasis you put on pure statistics. Because McSorley didn’t look good statistically against Pitt, but he did his job and helped lead the Nittany Lions to a dominant win.

He had a pair of touchdowns in the blowout, but after only completing 14 out of 30 attempted passes, his stat line isn’t as impressive as the team’s overall performance. Still, it wasn’t a bad game from McSorley, who made plays when they were needed and did his part to push the result from a close game to a much stronger win. His 4.8 yards per pass average, however, definitely doesn’t look good.

To be fair to McSorley, the weather during the game wasn’t good for passing. It just won’t be a game that wins over Heisman voters, and if McSorley wants to stay near the top of the race for the award, he’ll have to start taking over games in conference play. Furthermore, McSorley should likely have three touchdown passes in this game, as one surefire touchdown was dropped by the receiver in the end zone after a good pass.