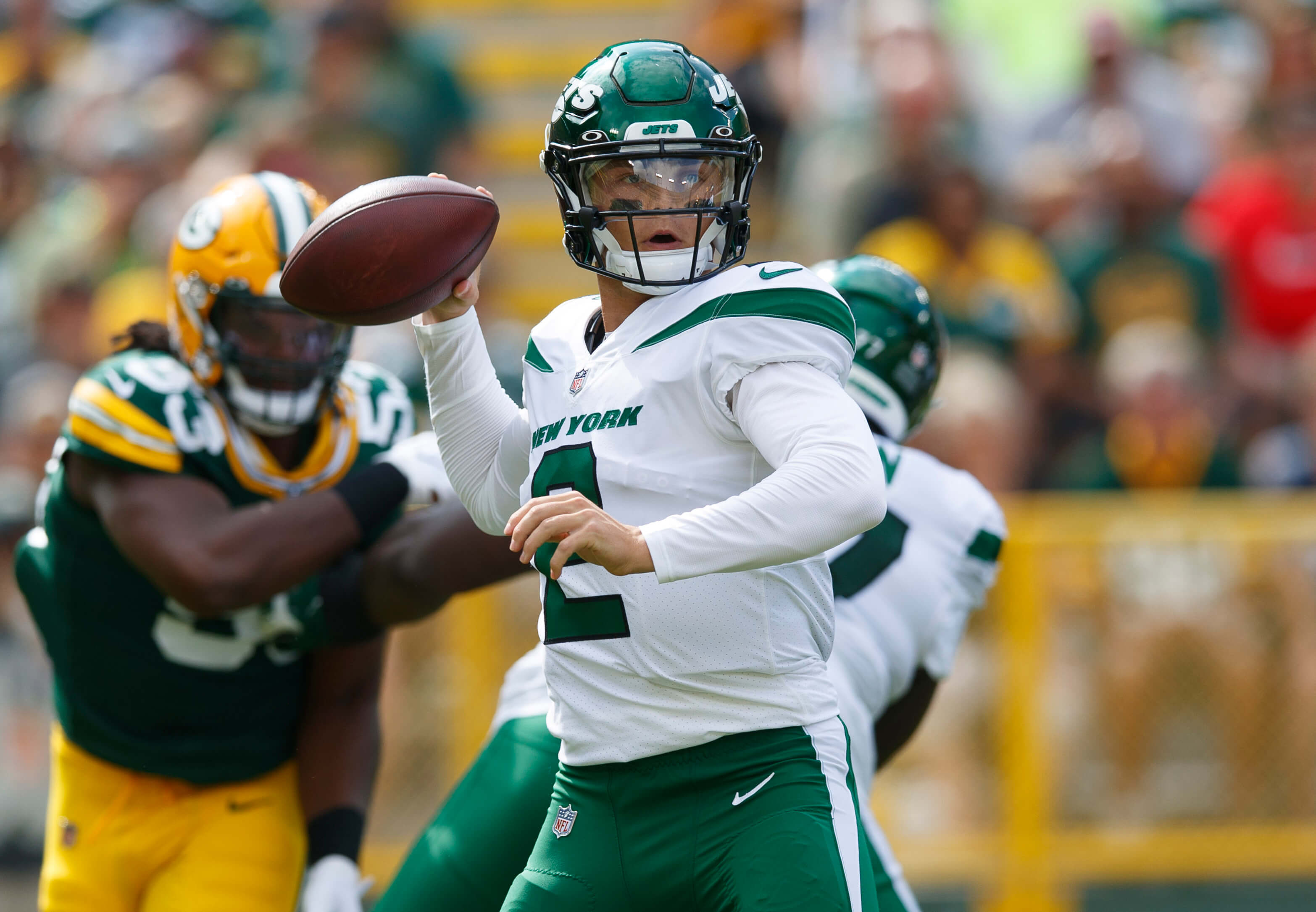 As a team struggling to gain traction and stability on the national football scene, the New York Jets will take any form of visible signs of improvement and stability. NFL Network’s annual countdown of the best 100 players from the prior season provided some welcome advancement.

In the annual rankings hosted by the network and determined by the league’s players, Jets receiver Corey Davis came home 91st. Last year’s postings, annually released in late August, featured no active Jets; their lone representative (safety Jamal Adams) had been traded to the Seattle Seahawks by the time the rankings were unveiled.

Who could potentially earn the respect of their peers next to Davis in 2022’s list? ESM investigates…

One of Joe Douglas’ most fateful moves to date has been the choosing of Mekhi Becton with the 11th overall selection of his first draft. The selection was called controversial at the time…the Jets left several elite receiving prospects on the board…but Becton has provided a solid foundation and has become a reliable anchor for an offensive wall set to protect treasured skill players.

The lack of conventional, numerical statistics makes it hard for offensive linemen to leave their mark in the Top 100. This year’s list featured only a dozen blocking representatives, the highest being Indianapolis guard Quinton Nelson at No. 33. But the arrival of Becton could commence a green offensive resolution in New York, even if his contributions won’t appear in the box score. Such contributions cannot and should not go unnoticed.

In the midst of metropolitan chaos, Maye emerged as a leader in the secondary and, at the very least made sure the Jets made regular appearances in SportsCenter‘s Top 10. His efforts were rewarded with the Team MVP award named after Curtis Martin.

Maye, however, is still left with something to prove enter the 2021 season: a long-term contract was not to be, a franchise tag bestowed in its place. At only 28, Maye is an elder statesman in New York circles as the longest-tenured Jet entering his fifth season). He looks downright ancient in the secondary after the Jets’ recent transactions bid farewell to third-year man Bless Austin in an effort to highlight rookie selections. If Maye can succeed in a larger role, he can earn not only the expensive, lengthy contract he desires but a spot amongst the Top 100 as well.

Could Moore join his fellow New York newcomer Davis in the Top 100? It’s certainly possible if he lives up to the hype that followed him from Mississippi.

It’s been a long time since the Jets had a consistent, lasting, homegrown, big-play threat. In fact, there haven’t been many efforts in finding one: at 34th overall, Moore was the highest receiver who heard his name called by the Jets since Santana Moss went 16th in 2001’s opening round.

Moore is expected to become one of the biggest faces of the Jets’ offensive makeover. He already has an Offensive Rookie of the Year vote from former collegiate teammate A.J. Brown. The Tennessee Titans star appeared in the 62nd slot in the most recent list.

“I (saw) him working out, I know what he wanted to do. I know the dreams he has. He’s going to go crazy this year with the Jets,” Brown said in an appearance on the Raw Room podcast earlier this summer. “He’s a real sleeper. I would put my money on him for Offensive Rookie of the Year over anybody. I ain’t even discrediting the guys who went in front of him, but yeah, ain’t nobody messing with him … Nobody that came out (of the draft is) messing with him.”

Carl Lawson would’ve been a prime candidate to appear on 2022’s Top 100 list, but the football gods had other plans. The deities of the gridiron continued to toy with the Jets’ front seven after Lawson was lost for the season, likewise taking away Vinny Curry for the whole year and Jarrad Davis for the five-week slate prior to the Jets’ open date.

Thus, Williams has a prime opportunity to put the “V” in MVP, as he’ll take on a leadership role while the Jets’ defenders try to tread water. The third overall pick of the 2019 draft enjoyed a breakthrough season with a team-best seven sacks last season. If the Jets’ defense is able to hold opposing offenses in check while Lawson heals, it’ll no doubt come with a healthy dose of Williams’ antics.

Williams remembered a special source of inspiration toward his sense of leadership going into the 2021 season: late NBA star Kobe Bryant.

“The No. 1 thing he told me: Nobody’s going to follow someone who’s not doing their job,” Williams told team reporter Jack Bell in March. “And that was the main thing that stuck with me. You got to set in stone that you’re a dominant player first. You got to go in there and take over and make sure everybody knows like whenever Q says something or whenever this person says something, they’re going to automatically follow because they see you doing the right thing, they see you doing everything first.”

The indifference and irrelevance bestowed toward preseason statistics notwithstanding, it’s hard not to at least be excited over Wilson after his summer slate. New York scored on four of Wilson’s six preseason possessions (all but one of which ended in opposing territory) and his passer rating of 137.7 would’ve led all passers had he partaken in the final exhibition game against Philadelphia.

We’ve seen first-year quarterbacks immediately launch themselves into the players’ Top 100 through awe-inspiring freshman showings. Chargers selection Justin Herbert (No. 56) was the revered rookie this time around, following in the footsteps of recent entries Baker Mayfield (2019), Dak Prescott (2017), and Robert Griffin III (2013).

Perhaps unfairly, the Jets’ long-awaited turnaround is going to be judged by the performance of Wilson, the latest entry to the team’s everlasting audition to replace Joe Namath. Even with the undeniable improvements from the rock-bottom endeavors of 2020, making the playoffs is going to be a tall task for Gang Green. If Wilson starts his career on the right note, his peers must take notice.