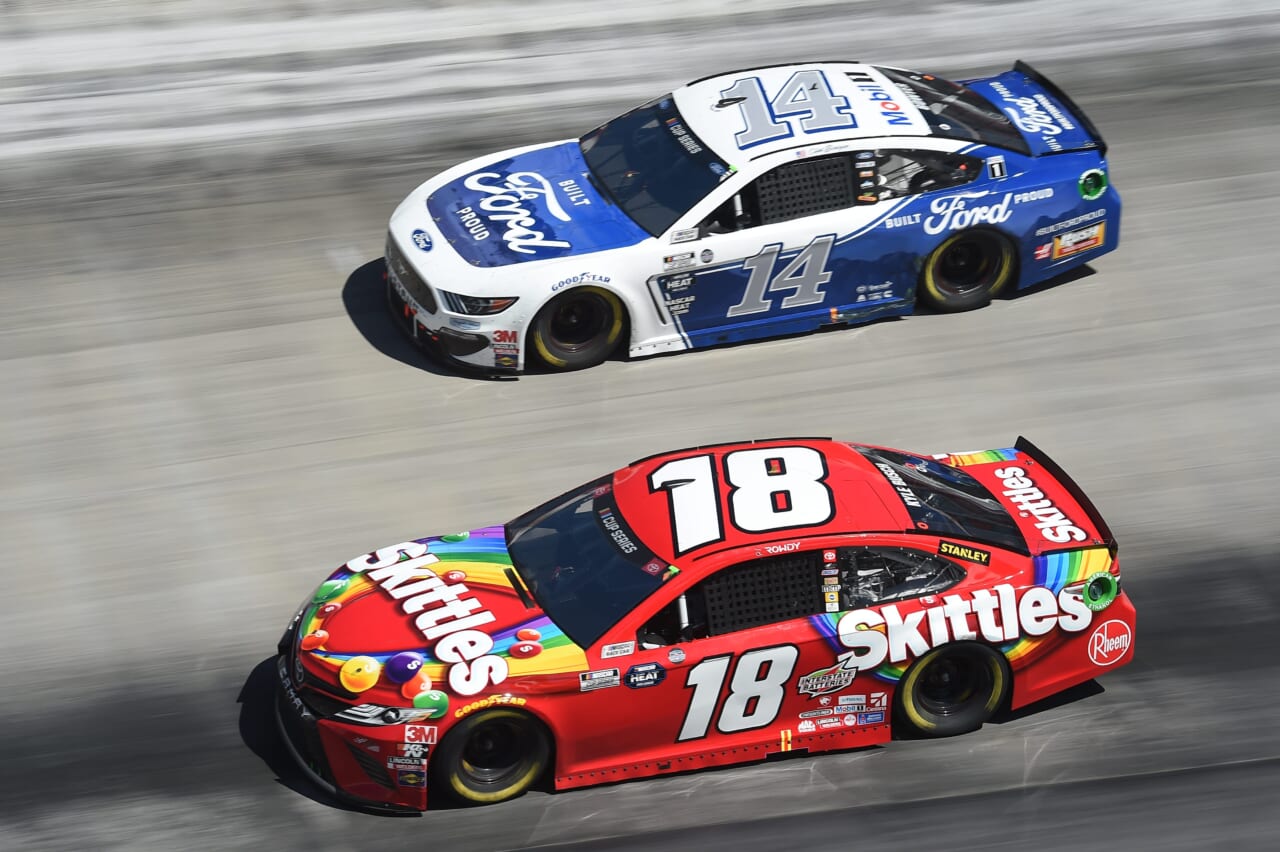 Briscoe, the current NASCAR Xfinity Series points leader, will take over the No. 14 Ford that Clint Bowyer leaves behind.

Stewart-Haas Racing has confirmed Chase Briscoe’s promotion to the premier Cup Series. The current Xfinity Series championship point leader will pilot the No. 14 Ford next season, occupying the seat the retiring Clint Bowyer is set to leave behind at the end of the season.

Briscoe, 25, currently drives the No. 98 Ford for SHR at the lower-tier Xfinity Series level. His nine wins in 30 races are an Xfinity Series record amongst full-time drivers at that level. The most recent of those victories, a dominant effort in Saturday’s Kansas Lottery 300, allowed Briscoe to become the first driver to clinch one of the four spots for championship contention at the season final in Phoenix on November 7. Briscoe has 11 victories over three years of Xfinity racing overall and also has two wins at the Gander RV & Outdoor Truck Series level (his first coming with the now-defunct Brad Keselowski Racing) and also earned considerable success on the sprint car and dirt circuits.

The No. 14 Ford has been run by Stewart-Haas Racing since 2004, run mostly as a part-time under the supervision of then-full-time team owner Gene Haas. When Cup Series champion Tony Stewart entered into a partnership with Haas in 2009, at which point the car took on its current No. 14 branding. Stewart ran his final eight seasons in the car, occasionally giving way to drivers like Austin Dillon, Mark Martin, and Jeff Burton due to injury. It was in the No. 14 that Stewart earned his third and final Cup Series title, earning three wins over the final four races to hold off Carl Edwards through a wins tiebreaker in 2011.

Bowyer has driven the No. 14 car since 2017. He recently announced he would step away from racing to join Fox Sports’ NASCAR coverage.

Briscoe will compete for Rookie of the Year honors and is the first such candidate to be confirmed. His new SHR teammate Cole Custer clinched the most recent edition of the award by clinching a spot in the NASCAR playoffs with a win at Kentucky Speedway over the summer. Also racing alongside Briscoe in the SHR stables are 2014 Cup Series champion Kevin Harvick in the No. 4 and Aric Almirola in the No. 10. All four SHR Fords reached the 2020 NASCAR Cup Series playoffs, though only Harvick reached the Round of 8. The status of SHR’s No. 98 Ford at the Xfinity level has yet to be announced.