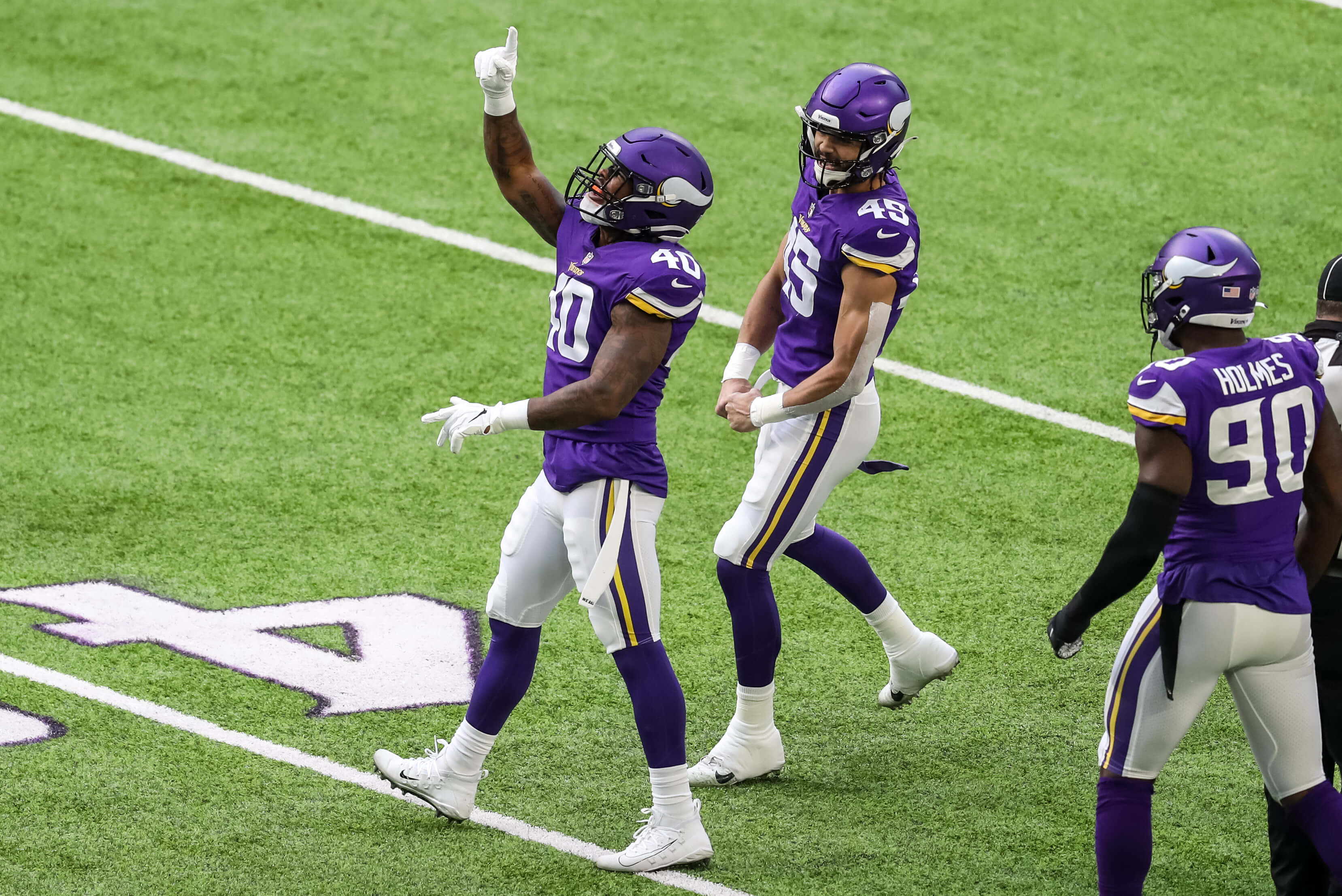 Davis, who is a seven-year veteran in the NFL, featuring with the Denver Broncos and Minnesota Vikings, can offer competition next to Martinez at the LB2 spot.

Last season with Minnesota, the 28-year-old defender featured in 11 games, starting in six. He tallied 35 tackles, two tackles for a loss, 1.0 sacks, and two passes defended. During the 2019 season, he contributed 134 tackles, six tackles for a loss, and a career-low 4.3% missed tackle rate.

As a quality reserve, Davis could even push for starting snaps alongside Martinez given the opportunity. The team currently has Reggie Ragland, Tae Crowder, TJ Brunson, and Carter Coughlin eyeing playing time this upcoming season, but injecting more talent into a spot that is unresolved will curate a position battle.

The 6’1″, 230-pound linebacker has appeared in four postseason games, including a Super Bowl win with a Denver Broncos. That essential experience will provide the Giants with intangible value.

Outside linebacker Lorenzo Carter has spent the last few days working on the side with trainers, struggling with an injury aside from his torn Achilles he suffered against Dallas last year. Carter is looking to make a comeback this season and return to his starting position after playing in just five games in 2020.

Carter took a big step forward after two tough seasons entering the NFL, securing the edge and playing well as a run defender.

In addition, the Giants are also planning to bring in center Austin Reiter, a former starter for the Kansas City Chiefs. Another Super Bowl-winning Player, Reiter, could push for starting snaps, potentially allowing Nick Gates to compete at guard with Shane LeMieux.

The second-year offensive lineman suffered an injury this week and is expected to miss a few weeks rehabilitating. Luckily, the injury wasn’t significant and won’t require any surgery.