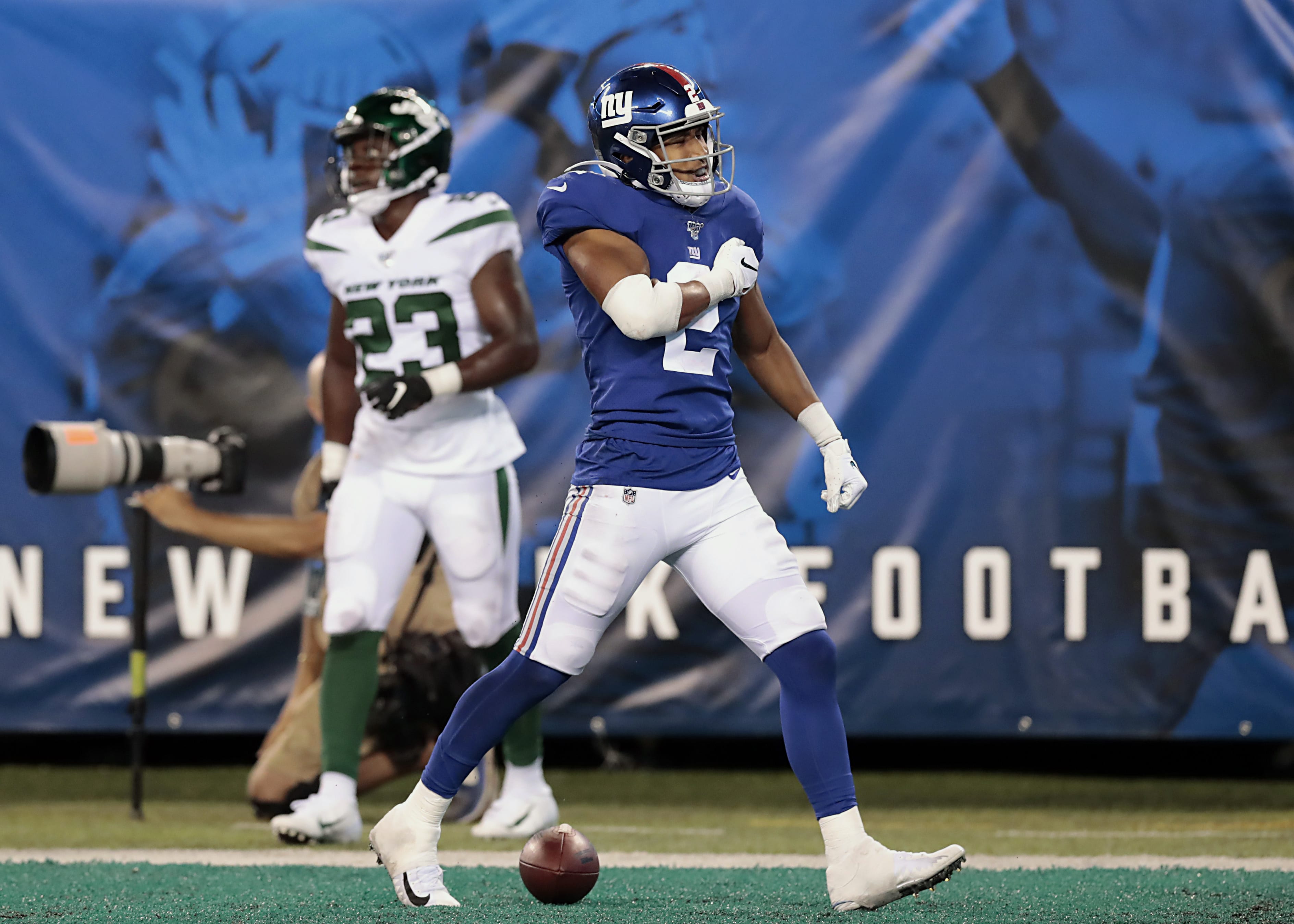 With the New York Giants starting the preseason without Sterling Shepard on the field due to a broken thumb, several other pass catcher received plenty of playing time and film to prove their worth.

While Shepherd likely would’ve only played the first series of the game, not having him listed as a starter put a question mark on the receiving corps. If one of the Giants’ top options goes down, they could be in big trouble.

However, the receivers had a fantastic game, but one, in particular, displayed excellent attributes and resiliency against the Jets.

Former Detroit lion, TJ Jones, was signed by the Giants several weeks ago after Shepherd and Golden Tate’s regular-season debuts were put into question.

In the first preseason game of the year, Jones finished the night with six receptions for 72 yards and one touchdown. He averaged 12 yards per reception and put on a show against the Jets backup players.

For what seemed to be the biggest concern for the Giants ended up being their strong suit against the Jets. Their opposition lacked talent at the cornerback position, which is likely why they saw success across the board.

While Jones was one of the standout players, rookie passer Daniel won the highlight of the night with a beautiful pass to Fowler in the back corner of the end zone. There was a lot of positives to take away from the game, but the most glaring negative was the penalties racked up by the Giants.

Head Coach Pat Shurmur will not be happy when he sees the number of yards his team allowed. That will be a primary focus heading into the regular season.