Bellator officially confirms our report that they will be holding an event in Paris, France on Oct. 10. First major MMA show ever in France. Fans will be allowed to attend at Acor Arena. 5K max, Iâ€™m told. 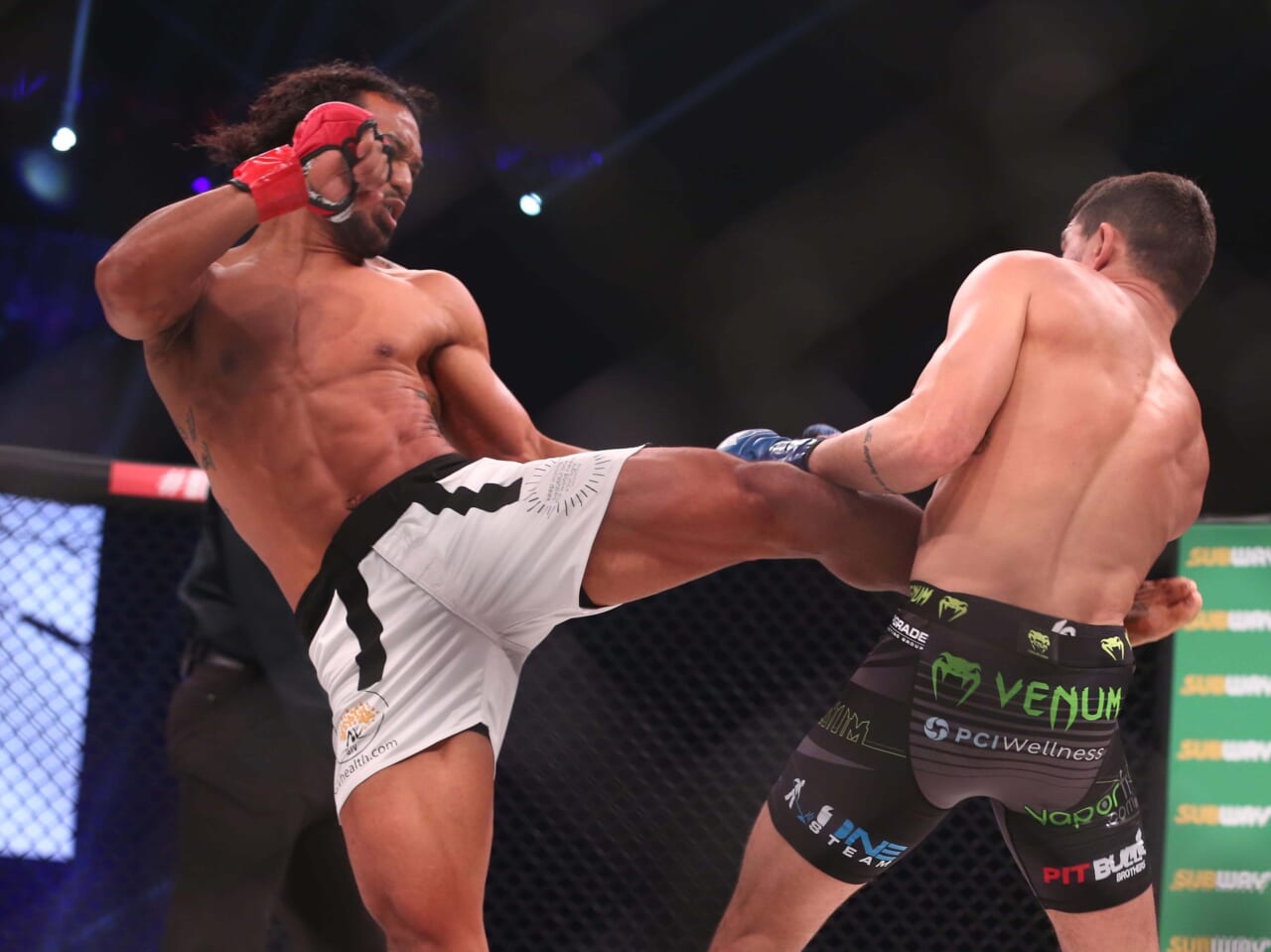 Bellator MMA will make it’s return tomorrow night. This will be the second card that the promotion has put on since starting back up after the pandemic halted events in February.

The main event of the evening is one of the Bellator fights that I was looking forward to the most this year. Personally, I think the promotion should have returned with this fight as the headliner.

In the first fight between Chandler and Henderson, Chandler walked away with a split decision. Re-watching the fight, I thought it was pretty clear that Chandler took three of the five rounds. Since that fight, Chandler has gone 4-2 while Henderson has gone 4-1.

Both men are former world champions. For the former UFC lightweight champion, Henderson, the Bellator crown has evaded him. He’s tried at welterweight and he’s tried at lightweight, but couldn’t get it done.

Henderson is very well rounded. He’s got pretty decent standup, good wrestling, and great skills on the ground. However, Henderson has a tendency to be very patient and point fight which is why six of his eight Bellator fights have gone to the scorecards.

Michael Chandler is a legend in Bellator. He’s nearing ten years with the promotion and he’s the former lightweight champion. Chandler has a wrestling base, but he’s got really crisp boxing and good speed to go with it.

Chandler is set to become a free agent after the fight tomorrow so it’s a big fight for him. Henderson enters this contest on a four fight winning streak while Chandler is 4-1 in his last five with the only loss coming to the double champion, Patricio Pitbull.

The co-main event of the evening is a heavyweight contest between Matt Mitrione (13-7, 1 NC) and Timothy Johnson (13-6).

For Mitrione, he will be making the Bellator walk for the eighth time tomorrow night. Mitrione stared 4-0 in Bellator with wins over Fedor Emelianenko and Roy Nelson. However, Mitrione has gone 0-2, 1 NC in his last three.

Mitrione is known for his good power and really good footwork. The former football player is extremely athletic. His natural athleticism combined with his striking skills make him dangerous for anyone.

Johnson didn’t get off to the best start in Bellator. The former UFC heavyweight made the jump and promptly was knocked out twice in the first round. He did bounce back knocking out Tyrell Fortune in the first round back in February.

Johnson has decent wrestling and he’s got good power in his hands. I can’t see him winning a stand up fight so he will need to use his wrestling to get Mitrione down.

In the past, we’ve seen Mitrione’s weakness is getting taken down and held there. If Johnson can do that, I think he can win a decision. However, I think his chin is suspect, and I think Mitrone is going to catch him with something in the second.

Prediction: Matt Mitrione by TKO – Round 2

An interesting lightweight contest is on the main card which pairs Myles Jury (18-5) and Georgi Karakhanyan (29-10-1). To be honest, this is a fight that would have been really highly anticipated if it came back in 2014.

Back in 2014, Jury was riding high in the UFC at 15-0. A lot of people were pointing to this guy as a future champion. Jury was also the first person who would tell you just how good he was. However, Jury was humbled by Cowboy Cerrone.

Starting with the Cerrone fight, Jury has gone 3-5 in his last eight contest. Jury made his Bellator debut last September against Benson Henderson and dropped a decision. He did bounce back against Brandon Girtz back in February.

Back in 2014, Karakhanyan was 23-3-1. A lot of analysts were really high on Karakhanyan, but his career took a downturn. Since that impressive record, Karakhanyan has gone 6-7 with one no contest in his last 14 fights.

Karakhanyan did win his last time out against Paul Redmond in February, but that was coming off of an eight second knockout loss to AJ McKee.

In looking at both of these guys, I’m just not sure where Karakhanyan wins this fight. I think Jury is just a little better in almost every aspect. I don’t really see a finish coming here so I’m going with Jury to get it done by points.

A fun catchweight contest at 175 pounds between Curtis Millender (18-5) and Sabah Homasi (13-8) will also be on the main card tomorrow night.

Millender was looking like a pretty bright welterweight prospect when he was in the UFC entering 2019. Millender was 17-3 holding wins over guys like Thiago Alves. However, two straight losses got him the hook from the promotion.

Millender signed with Bellator in late 2019 and made his debut back in January where he won a unanimous decision over Moses Murrietta. Millender is a really good striker, but is usually content with point fighting his way to a victory.

Hamasi enters this contest after back-to-back wins in Bellator including a 17 second knockout over Micah Terrill. It’s been almost a year since we’ve seen Hamasi compete.

Hamasi was also in the UFC but was cut after he was finished in three consecutive fights prompting his promotional switch. Hamasi has 11 finishes in 13 wins and the American Top Team fighter has shown crisp striking.

While Hamasi has looked good, I don’t like this matchup for him. I think Millender will be able to use his length and accuracy to get the better of the striking exchanges.

This is a very solid card for Bellator. I would have really liked this to be the first card back as I said above, no disrespect to Sergio Pettis or Ricky Bandejas. Two former world champions in a big rematch is something that will tune a lot of folks in, and I’m excited to watch it play out.