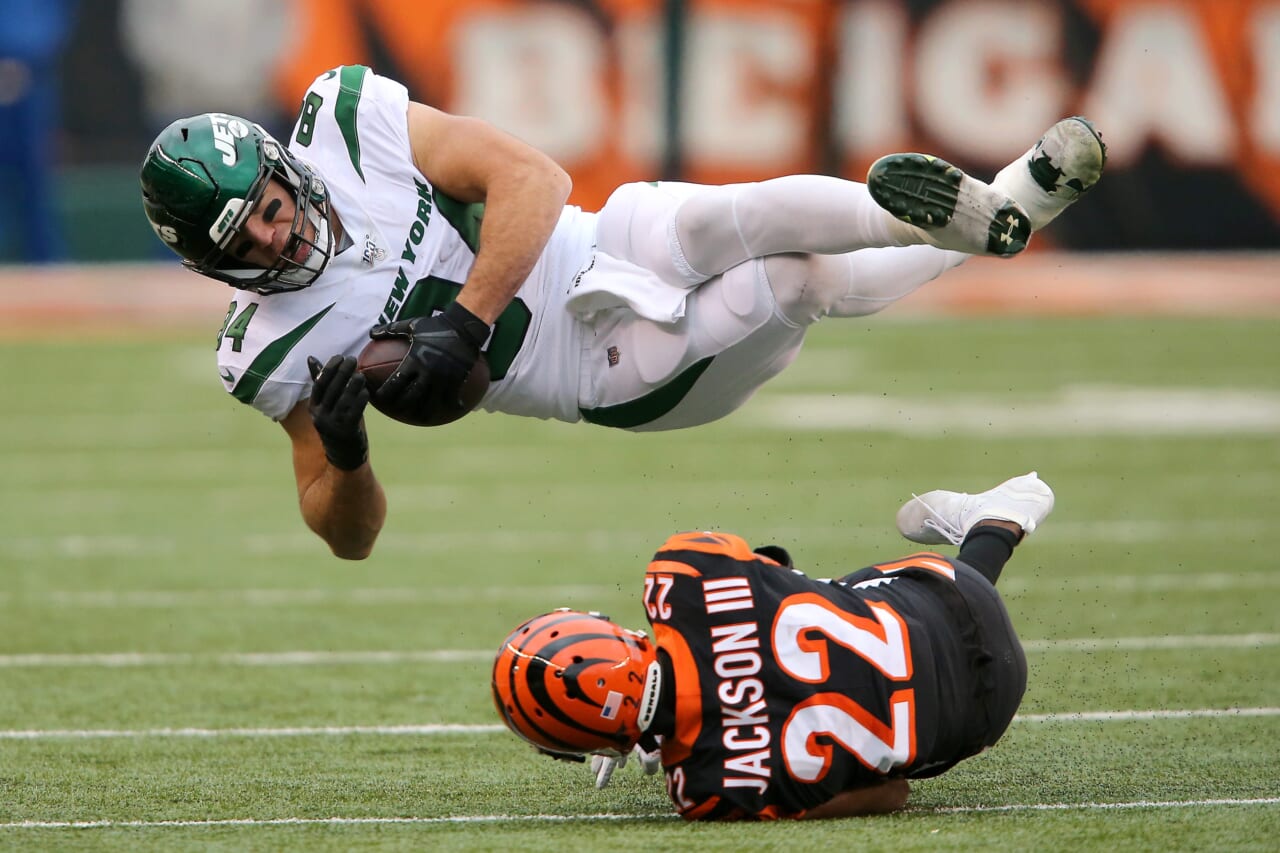 The New York Jets had an eventful Wednesday, making several adjustments to their active roster and naming their practice squad.

The New York Jets adhered to the NFL’s mandated cut down to a 53-man roster on Tuesday, but Wednesday saw them make several roster moves…

Defenders Ashtyn Davis and Jarrad Davis were placed on injured reserve with tackle Connor McDermott. Since the moves were after 4 p.m. on Wednesday, the trio is eligible to return after the third game of the season.

Ashtyn Davis spent all of training camp on the Active/Physically Unable to Perform list and did not appear in any preseason games. Injury issues ate away at his rookie year, limiting him to 10 games. He earned 36 tackles, one for a loss, after the Jets chose him in the third round (68th overall) of the 2020 draft.

Meanwhile, Jarrad Davis was expected to take over one of the interior linebacker roles before he suffered an ankle injury in the second week of the preseason against Green Bay. Head coach Robert Saleh previously predicted that Davis would be unable to play prior to the Jets’ open date in Week 6. Davis inked a one-year, $5 million contract with the Jets in the spring after four seasons in Detroit.

McDermott was likewise injured in the preseason tilt against the Packers, sustaining a knee injury. He is set to enter his third season with the Jets, having entered the league as a sixth-round draft pick of New England. McDermott appeared in 15 games last season, starting one.

Tight ends Daniel Brown and Ryan Griffin and safety Sharrod Neasman were all part of the Jets’ original final cuts but were re-added to the active roster on Wednesday. Brown and Griffin re-enter a tight end room that will be missing Chris Herndon after the fourth-year man was traded to Minnesota earlier this week. Neasman should help hold down the secondary fort while Ashtyn Davis heals. He previously worked with Jets defensive coordinator Jeff Ulbrich in Atlanta.

Austin was expected to take one of the Jets’ starting cornerback roles alongside Bryce Hall. He gained a reputation as a strong hitter but struggled in coverage. Zuniga appeared in only one preseason game this summer (earning one tackle in the exhibition opener against the Giants) after dealing with a knee issue. Injuries were also a common theme in his rookie year, as a quad ailment limited him to a half-season with only eight tackles.

The Jets confirmed the arrivals of two players released from elsewhere on the waiver wire, adding former Kansas City defensive end Tim Ward and ex-Jacksonville linebacker Quincy Williams. Ward was tied for second amongst preseason defenders in sacks (3) while Williams is the older brother of Jets star Quinnen. The elder Williams made eight starts during his rookie season out of Murray State, chosen 95 picks after his sibling went third to the Jets in 2019. 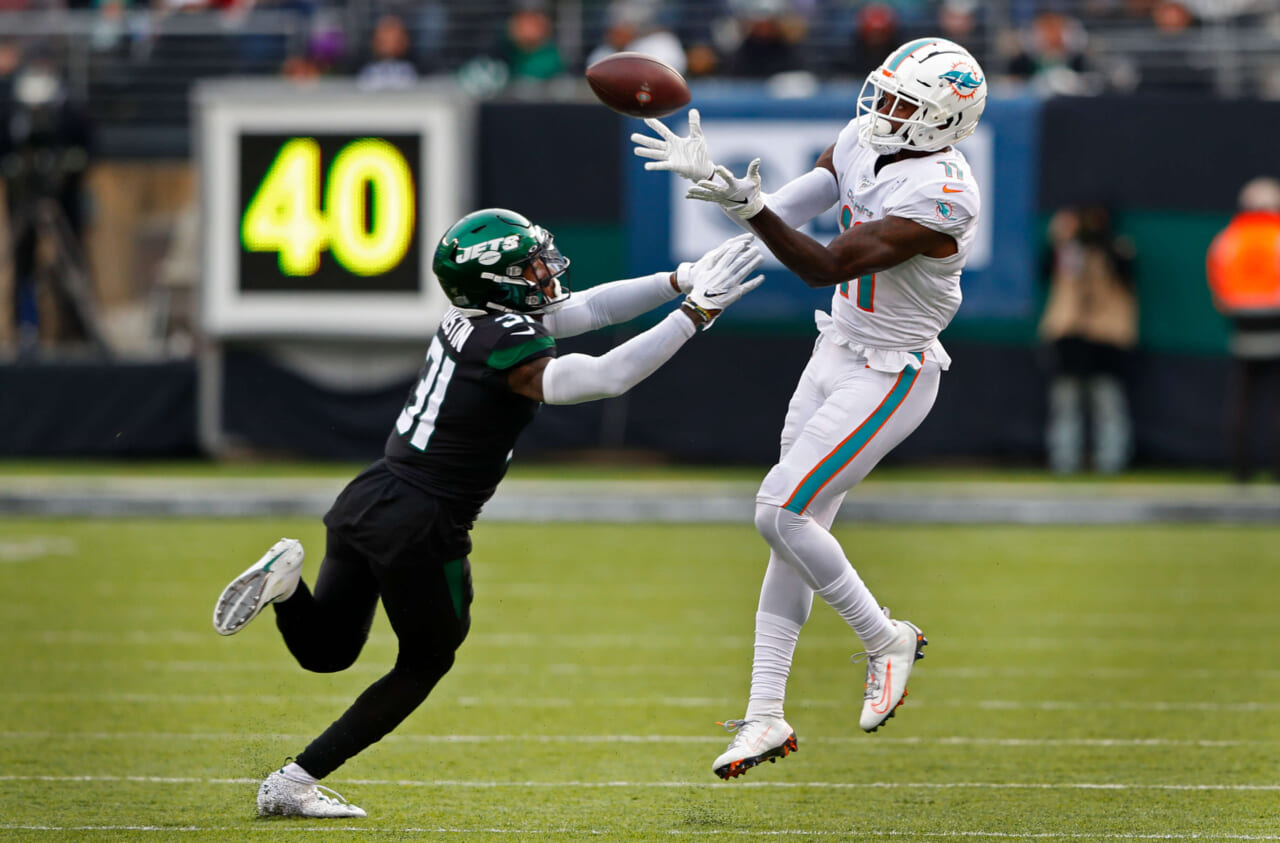 The New York Jets wasted no time getting to work in the post-cutdown roster landscape and bid farewell to their most experienced cornerback.

#Jets are releasing CB Bless Austin, source says. Surprise here, though they had talks with teams to see if they could trade him recently.

Their first 53-man roster only came out yesterday, but the 2021 New York Jets already look different.

Per NFL Network’s Mike Garafolo, the Jets are releasing cornerback Bless Austin. The Rutgers alum and Queens native was projected to be one of the team’s defensive starters in his third NFL season. With Austin gone, the Jets wasted no time in adding defensive reinforcements, picking up defensive lineman Tim Ward, linebacker Quincy Williams (per waiver claims released by Tom Pelissero of NFL Network), and safety Sheldrick Redwine (per ESPN’s Adam Schefter). Each defender was released as part of Tuesday’s cutdown to 53-man rosters across the league.

Head coach Robert Saleh confirmed the departure of Austin shortly after Garafolo’s report. Per DJ Bien-Aime of the New York Daily News, Saleh was “appreciative” of what the 25-year-old Austin brought to the team but wanted to work with some of their even fresher talents. Sophomore Bryce Hall is now the most experienced cornerback on the roster, while the Jets also kept drafted rookies Michael Carter II, Jason Pinnock, and Brandin Echols. New York also opted to keep undrafted freshman Isaiah Dunn.

Despite an injury-plagued career in Piscataway, Austin was chosen in the sixth round (196th overall) by the Jets in the 2019 draft. He developed a reputation as a strong hitter but struggled in coverage. His New York career ends with 88 tackles (three for a loss) over 18 career games in green.

The Jets’ new additions continue to work toward the goal of bolstering the top defensive unit after the medical departures of Carl Lawson and Jarrad Davis. Ward, formerly of the Kansas City Chiefs, had three sacks this preseason while Williams (the older brother of Jets defenders and fellow 2019 draftee Quinnen) is an experienced option that can help the defense tread water until Davis returns. Redwine has worked as a free safety and slot defender during two seasons with the Cleveland Browns.