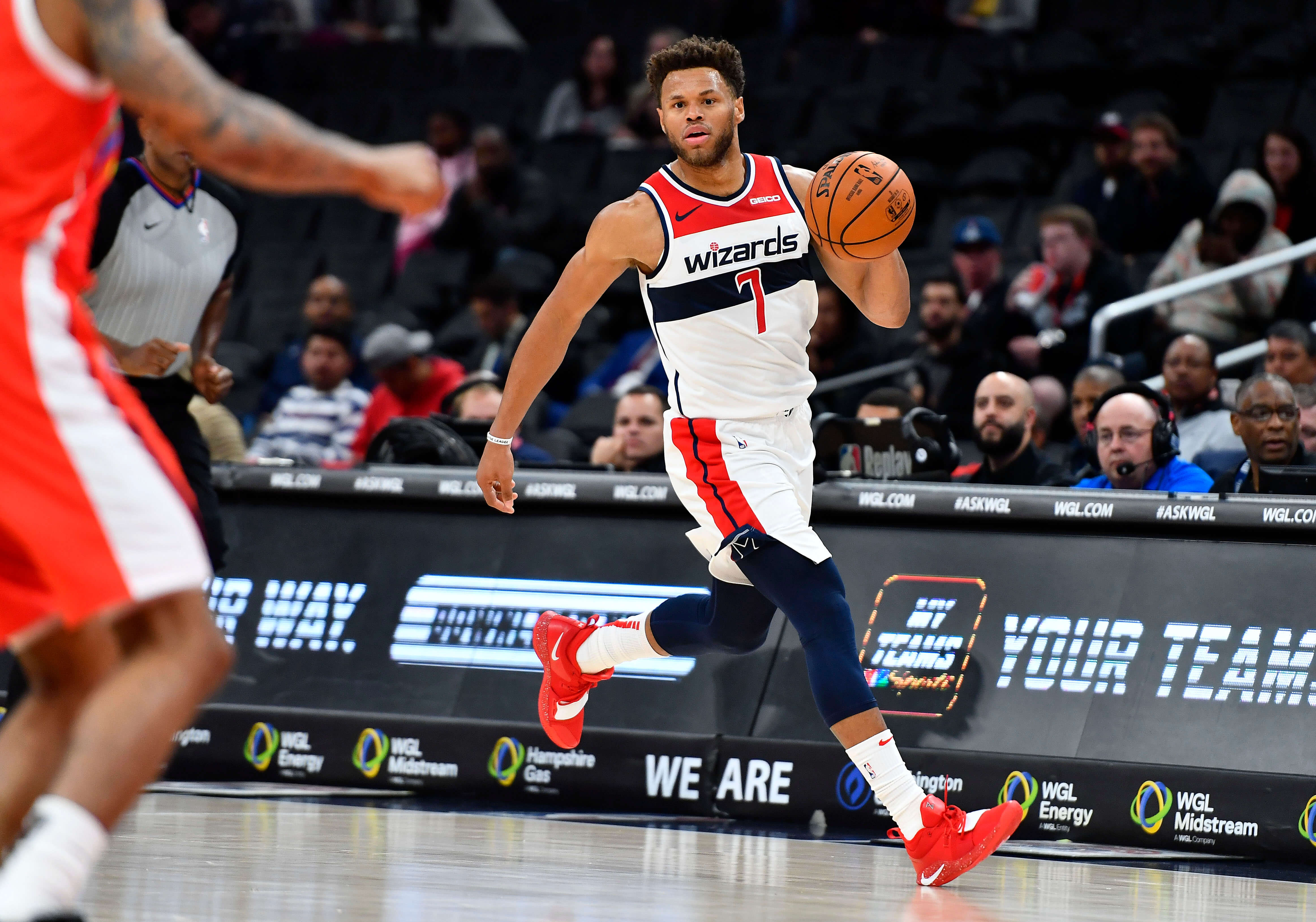 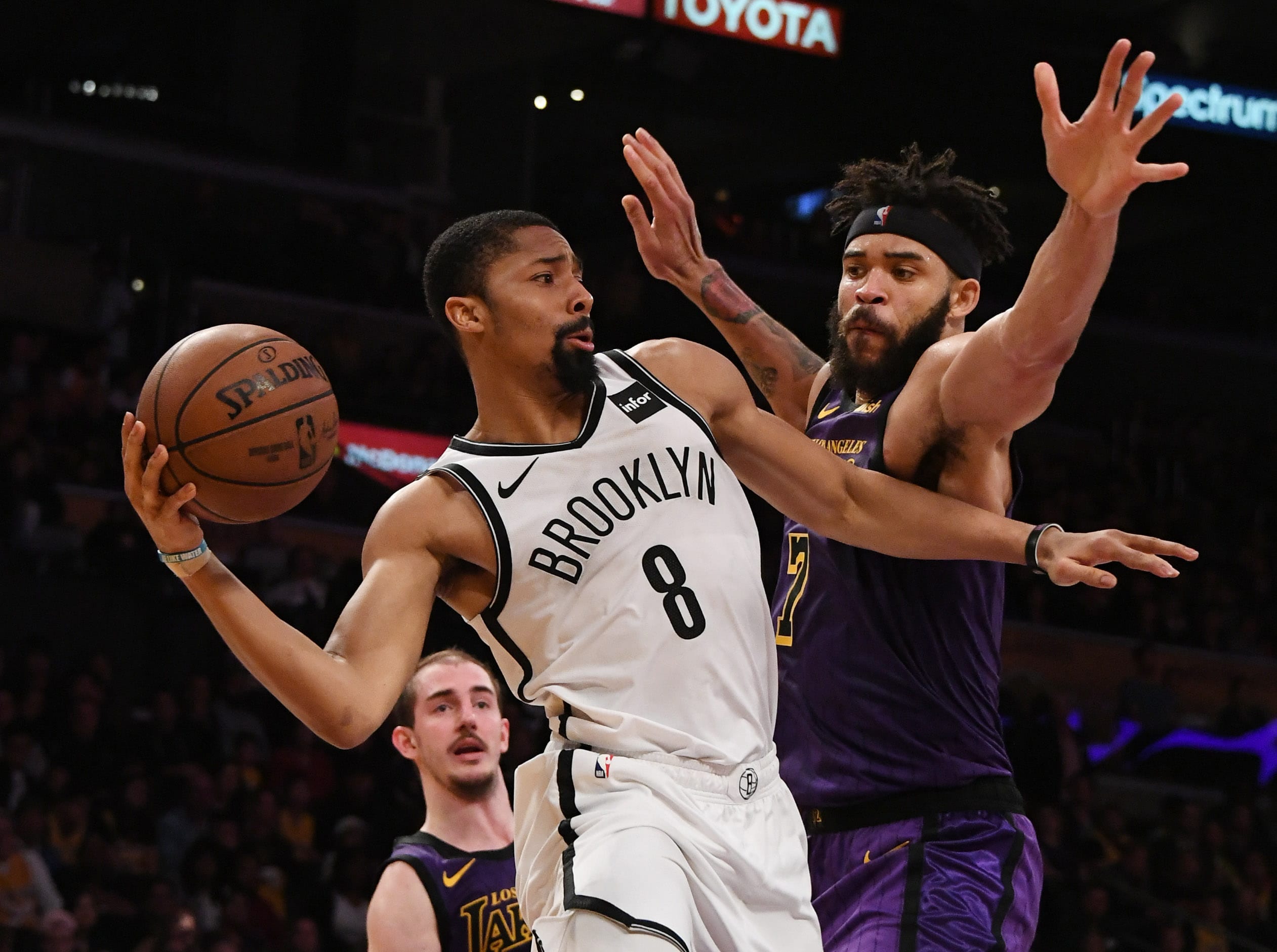 The Brooklyn Nets have had various players at point guard over the years. It’s a position that generally has good depth in Brooklyn. I mean it makes sense. It’s arguably the most critical position on the court.

The point guard is the first line of defense. He directs the offense and sets the tempo of the game. He’s supposed to be an extension of the coach since the coach can’t be on the court directing things at all times.

This year is a little different for the Brooklyn Nets. There are only two players on the roster that naturally play the position — newly acquired member of the Nets Kyrie Irving and the man who recruited him, Spencer Dinwiddie. You could push the number to three with the addition of Jaylen Hands, but the rookie out of UCLA will probably spend his rookie year developing in Long Island.

So that leaves the question, what happens when one of the two main guys are in foul trouble? Or if both get into foul trouble? What happens during a load management day? Kyrie hasn’t exactly been the most healthy pg in the league, what happens if he has to miss games for an extended period?

These questions gave room for people to speculate specific point guards as viable options earlier on in the offseason. But with the Nets having 15 guaranteed contracts and the roster is more or less set in stone at this point, it’s clear Sean Marks believes the answer to these questions and the depth at point guard are on the roster.

The first person that comes to mind is Caris Levert. The young player has a diverse skill set. He can handle the rock and create for himself. His ability to break down a defender and penetrate, allow him to find the open man when the defense collapses. Levert has played some point guard during his tenure with the Nets, and the organization has liked what they’ve seen. Don’t be shocked to see Levert play someone for short stints this season.

The veteran Garrett Temple is another option at the point guard. Although seldom, he too has experienced at the point throughout his NBA career. Temple, like Caris, would give the Nets a more significant body to throw at opposing PGs, causing lots of matchup problems. And as a veteran, you don’t have to worry about him being overwhelmed with the responsibility of running a team or having someone take him out of his game. He’s seen a lot over the years so he can be a steady hand if need be.

Dzanan Musa is another option that Kenny Atkinson will probably look at to be a primary ball-handler and run the offense. Musa is a player the Brooklyn brass is very high on. They believe the young European player is oozing with potential and that he can be a very versatile piece to the roster. Through his young career in the NBA and before it, he hasn’t shown a knack for creating for others, but he does have a decent handle. He’d be an extremely tall PG for us, listed at 6’9″. During the Summer League, we saw him run the offense a little bit, and as he continues to learn the game, he should get better on that end. He’s probably the least likely option, but I expect to see him tested here during practices or possibly during garbage time.

Finally, the heart and soul of our bench mob, Theo Pinson might have his hand tried at being the floor general. Management might’ve spoken to him about him playing some point because Pinson seems to have his mind wrapped around the idea already. He opened up to Brian Lewis about it saying that he wants to, of course, do his job, but do it while taking care of the ball. He even mentioned playing the point guard position reporting:

I have the ball in my hands [as] the third point guard, knock down open shots — I think that’s the biggest thing for me. We’ve got a lot of guys who can create on our team, so being able to knock down shots and be respectable will just open up the floor for them.

So the Nets may not have that traditional third point guard to go to this season, but they have multiple viable options to hold down the fort if the need arises.