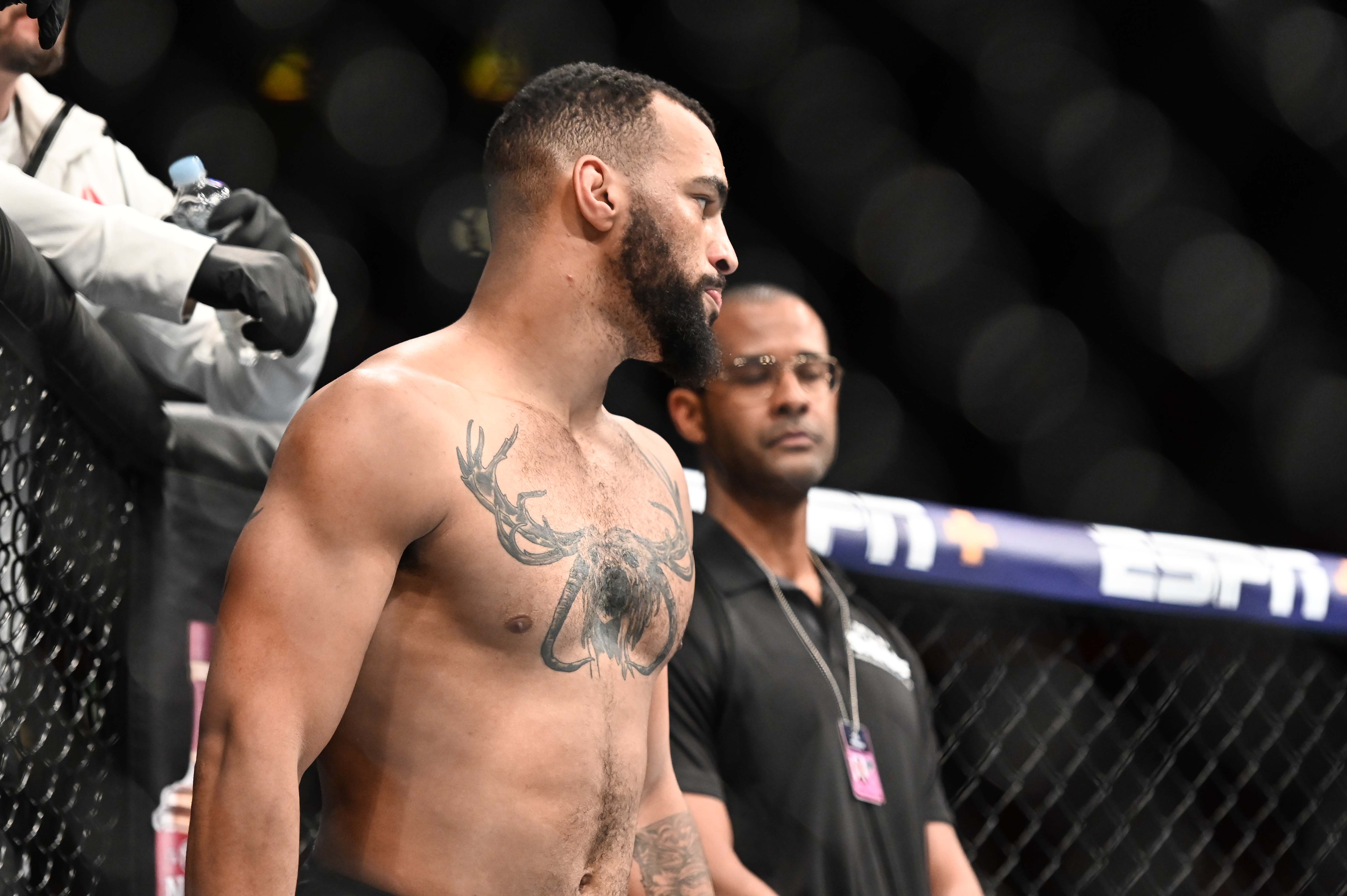 This past weekend at UFC Vegas 15, Devin Clark (12-5) got the biggest opportunity of his career. After COVID scratched the original main event, he got the opportunity to headline a card against a former UFC title challenger in Anthony Smith.

Clark came into UFC Vegas 15 on a two-fight winning streak. He was the first man to derail the hype train of Alonzo Menifield back in June, but this was going to be a big step up in competition for Brown Bear.

Clark has very good wrestling and many people thought he could give Anthony Smith problems. Smith had some issues in his last couple of fights giving up takedowns and Clark had a style that could give him problems.

As soon as the fight started, Clark showed that he was game. Immediately opening the UFC Vegas 15 headliner with a big right hand which he attempted to chain into a takedown. However, Lionheart Smith did a fantastic job of reversing the position to take Clark down.

I was impressed with how Clark was able to defend himself on the ground. Brown Bear didn’t panic and he looked to reverse. Eventually, he exploded to end up in top position. However, he got a little lazy with his hands and Anthony Smith locked him in a triangle choke.

After initially defending the choke, Clark was forced to tap. The UFC Vegas 15 loss snapped his winning streak and it didn’t last very long. A tough loss for the Jackson-Wink product.

What’s next after UFC Vegas 15?

After the loss this past weekend, it’s back to the drawing board for Brown Bear. Clark did a few things really well in the fight, but a tactical error saw his first UFC main event end really quickly.

Fortunately, there’s no shame in losing to a top ten opponent who’s a former title challenger. It was a big step up in competition and maybe one that Clark wasn’t quite ready for. However, there are plenty of opponents in the UFC for him after this.

One matchup I like is a potential matchup with Ion Cutelaba (15-6, 1 NC). Cutelaba was ranked in the top 15 before he lost his second consecutive fight to Magomed Ankalaev back in October at UFC 254.

The Hulk would be a good next matchup for Clark. Both men are outside of the top 15 currently in the light heavyweight division. However, a win for either man would get them back on track to challenge someone in the UFC‘s top 15 at light heavyweight.