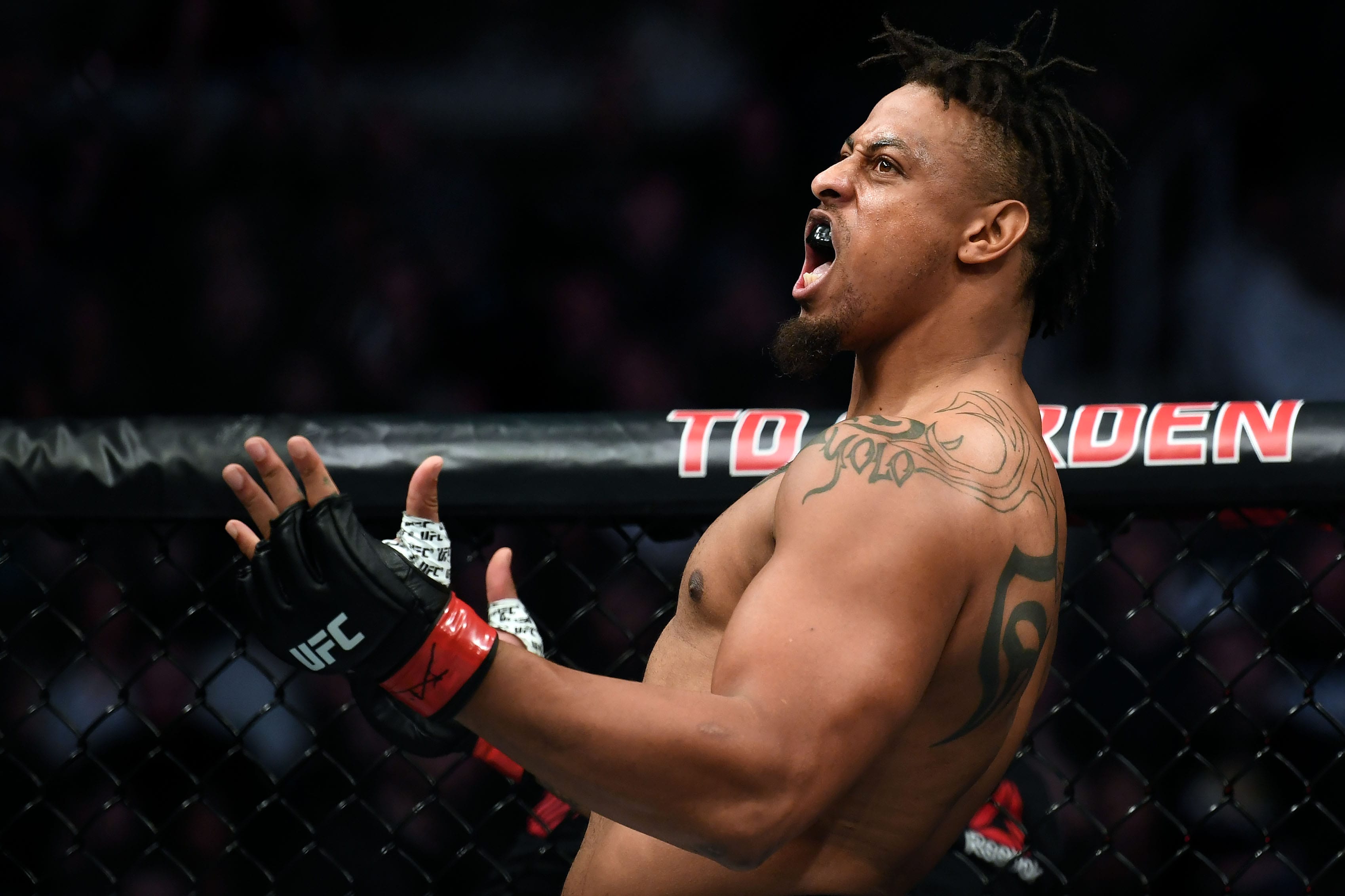 Tomorrow night at UFC Vegas 12, Greg Hardy (6-2, 1 NC) will be making the walk to the octagon for the sixth time. The former all-pro defensive lineman in the NFL has had an up and down career so far in the UFC.

Hardy will be taking on “The Crochet Boss” Maurice Green (9-4) on tomorrow’s main card. This will be the second fight of the year for Hardy. He fought back at UFC 249 and defeated Yorgan De Castro by decision.

Hardy came into the sport of MMA with a ton of hype. After some issues in his personal life essentially ended his NFL career, Hardy decided to change his focus to MMA. Since making that transition, Hardy seems to be a completely different person and he’s dedicated himself to the sport.

He was knocking everyone out left and right when he started. Then he ran into his first hurdle against Allen Crowder. Crowder was the first person that Hardy couldn’t just knockout and he gassed in that fight. He ended up losing by DQ due to an illegal knee.

Following that fight, Hardy won two straight fights by first round knockout. He then won another fight by decision, but it was overturned due to his use of an inhaler. He lost to Alexander Volkov in a short notice main event for the UFC back in November.

UFC Vegas 12 is a big night for Hardy

Hardy is a top level athlete, and he has all the tools to become a great fighter in the UFC. However, it’s never easy for someone to transition to the sport after only competing and training for a few years. Yet, here we are with Hardy.

This week at the UFC Vegas 12 media day, Hardy acknowledged that he still has a ways to go. He said that he believes he’s only on the B-level as of now. I think he’s fringe b/c, but if he can come out and defeat Maurice Greene, he will be at the b-level.

Greene is not going to be an easy fight for Hardy. Maurice Greene comes out of a great camp and he’s extremely fluid on his feet. Not too mention he’s got very good submissions and should have the advantage on the ground should the fight go there.

Whoever comes out victorious tomorrow night could be looking at a ranking in their near future. If not a ranking, for sure a ranked opponent will be in their future. It should be a fantastic fight in the heavyweight division.