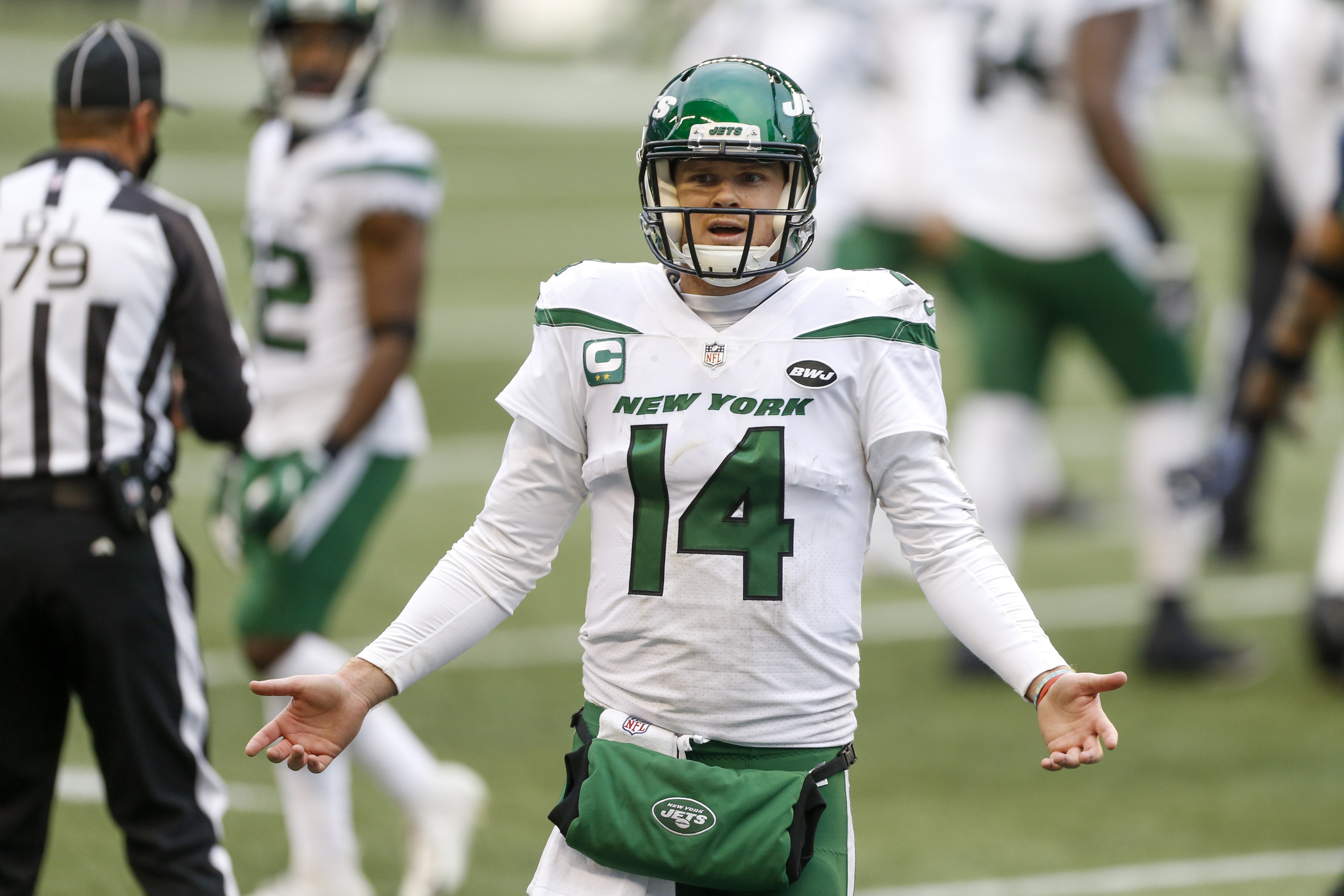 The New York Jets‘ Week 1 game has finally been released and it should be an interesting one. On Sept. 12, the Jets will travel to Carolina to face Sam Darnold and the Panthers.

This should be fun.

Darnold isn’t the only former Jet on the Panthers’ roster, though. They also have WR Robby Anderson, S Justin Burris, OL Pat Elflein, RB Trenton Cannon and LB Frankie Luvu on their team.

As for New York, new additions on offense, including WR’s Corey Davis and Elijah Moore, will look to make it a better day for Zach Wilson than Sam Darnold.

The Jets haven’t defeated the Panthers since 2001, winning 13-12. However, they have been good recently in road openers, winning four of their last six. They’ll look to make that five of their last seven.

New HC Robert Saleh will look to start his era with a win on the road, and what better way to start than against the former “franchise quarterback.” 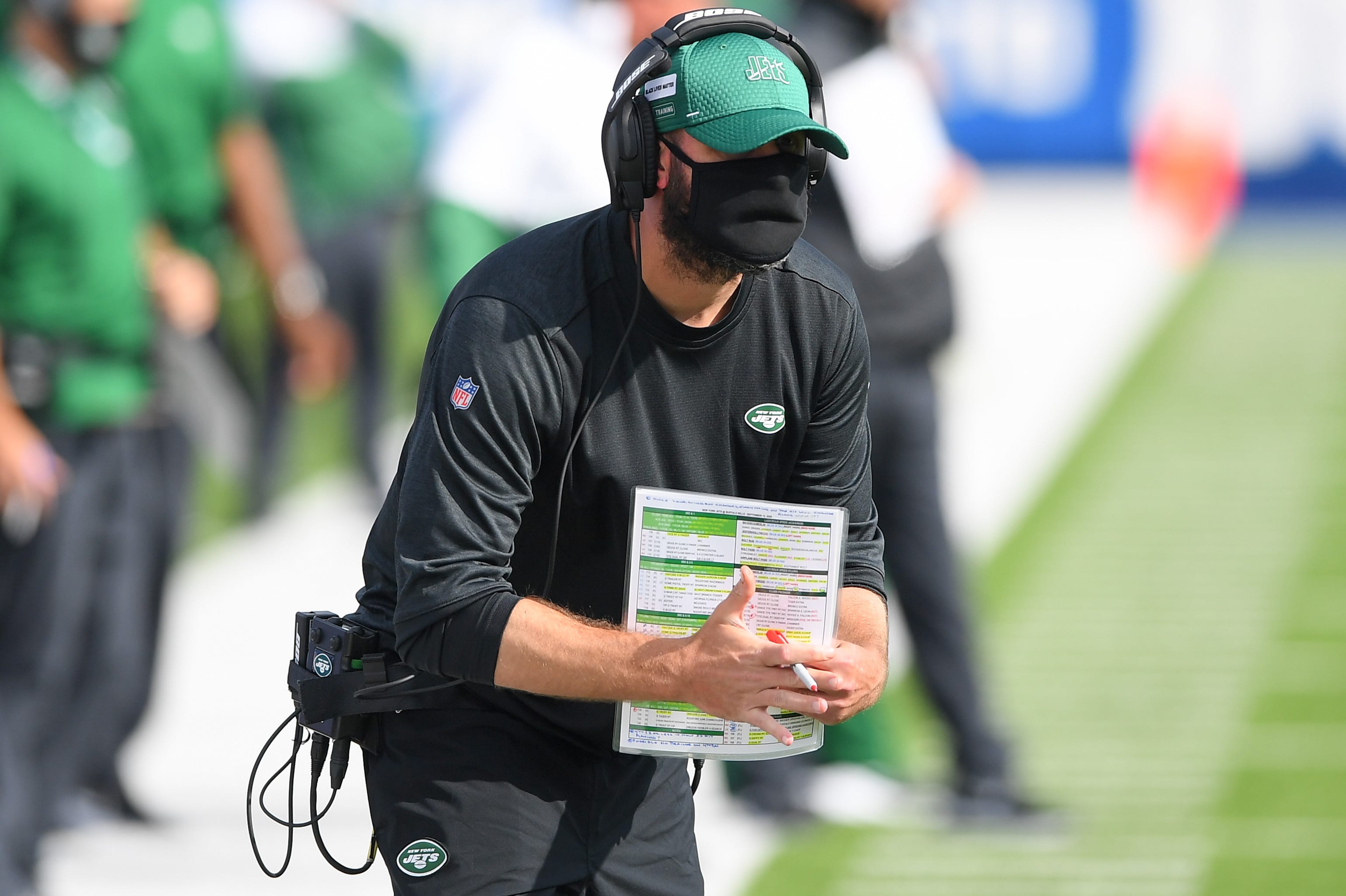 The consistent fan consensus has been the New York Jets will pack Adam Gase’s bag for his flight out of Florham Park. That consensus, though, is not that. Ownership has lauded Gase as a “brilliant mind.” Chris Johnson has been a very vocal supporter of Adam Gase, and for him to just switch gears and cut ties with him, well, it would take a drastic downfall. The likes of which we are beginning to see a glimpse of.

Last season featured a rarity in terms of coaching firings. There tends to be a coach fired in season, but never two. Jay Gruden was given a short leash heading into his 2019 campaign, and that was evident after his 0-5 start landed him without a job.

Ron Rivera (now Washington head coach), was also handed his walking papers near the back half of last season as well, which was surprising. Although Rivera’s situation lacks resemblance to this one, looking at Gruden’s situation, there are many parallels. Gruden was axed after an embarrassment of a start.

The team looked to show no progression after losing veteran QB Alex Smith to a career-altering injury and showed no growth in terms of offense whatsoever. See the connection now? The Football Team organization has been renowned as the most incompetent in all of football, yet even they could recognize when it was time to let go of their guy. Another scenario similar to this occurred two years ago with Hue Jackson. Jackson was a supposed innovator on offense and was given a fairly decent sized leash in Cleveland, another organization filled with incompetence. Yet they knew when to cut ties with him as well, they did hire another fairly bad coach in Freddie Kitchens, but at least they knew when enough was enough.

When will the New York Jets know?

It’s time for the Jets to break things off in the Gase. What will it take for Adam Gase to see that? Well, the first two blowout losses undoubtedly helped, but it’s going to take at least two more. If the Jets get blown out today, the pressure will continue to mount, and the walls will begin to close in. If they continue to show no growth, that will also be a reason to ax Gase.

Now, if the Jets are competitive in the next few games, then that could save Gase up until the bye week, then the Jets would have a full span to transition power. If Jet fans really want Gase out, they need to hope that they get torn apart in the next two to three weeks. If this happens, then the Jets could finally cut ties with Gase. In this case scenario, the quicker it is over, the better. This season is NOT a lost cause, but as long as Gase is around, it always will be.