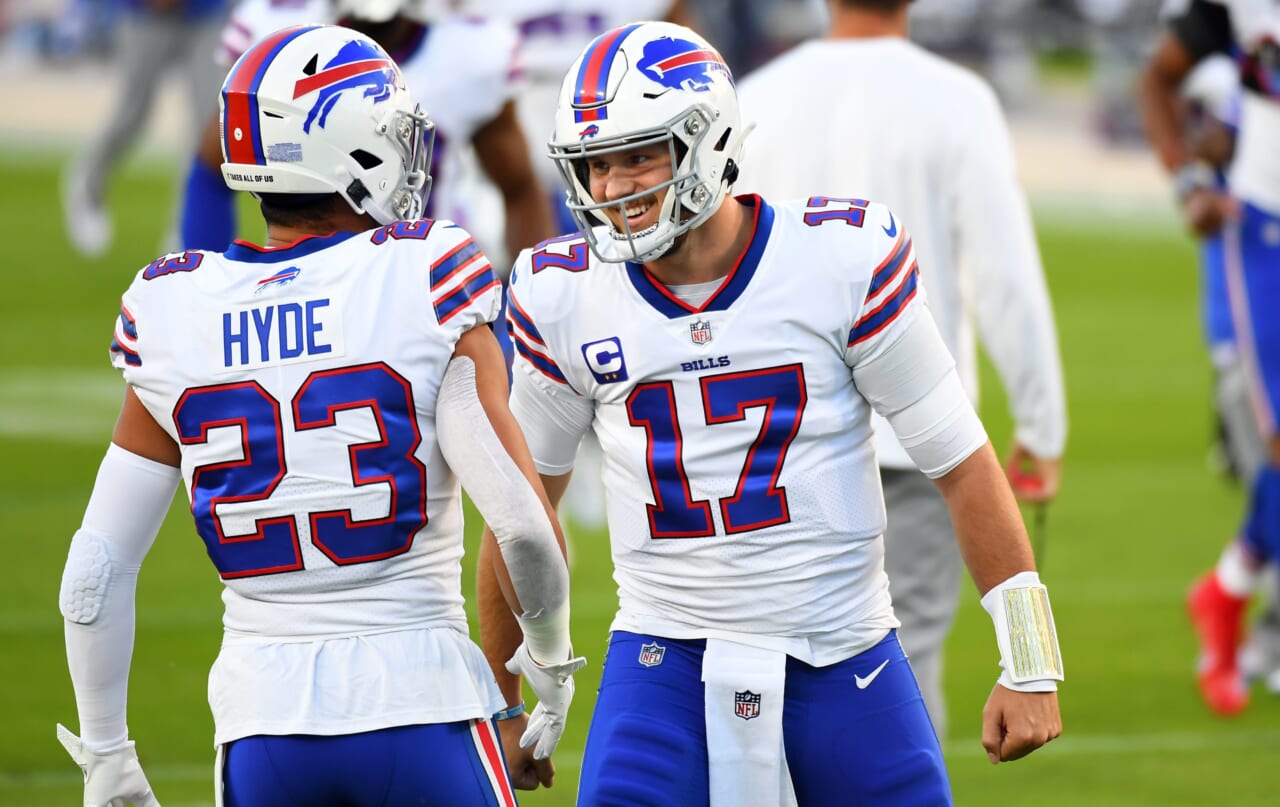 Allen’s latest weekly award stems from a four-touchdown performance in the Buffalo Bills’ win over San Francisco in Glendale.

Josh Allen’s propensity for weekly awards may be bringing a sense of routine into the Buffalo Bills’ unusual season.

The franchise quarterback has earned his third AFC Player of the Week Award of the 2020 season, earned through a stellar performance in the Bills’ Week 13 win over the San Francisco 49ers in Glendale, Arizona on Monday night. Allen took over the displaced proceedings, completing 32-of-40 passes for 375 yards and four touchdown passes in Buffalo’s 34-24 victory.

Other weekly accolades for Allen came in Weeks 2 and 9. He becomes the first Bills player to tally three Player of the Week Awards since kicker Steve Christie in 2000, and the first to earn at least three of the offensive variety since O.J. Simpson won four in 1973.

Allen has already set new career-highs in nearly every major passing category, including yardage (3,403) and touchdowns (26). His breakthrough season has been a major factor behind the Bills’ strong season and why they’re on pace for their first AFC East division title since 1995.

Originally seen as a polarizing pick out of Wyoming upon his NFL arrival in 2018, many have changed their tune on Allen, now seen as the strongest return from the year’s highly publicized quarterback class. Among his new fans is Rainn Wilson, best known for his role as Dwight Schrute on the NBC series The Office. During Monday’s performance, the actor tweeted out that Allen was his “second favorite quarterback”, to which Allen inquired whether he was “Assistant favorite Qb, or assistant to your favorite Qb?”, referencing a recurring gag that victimized Wilson’s breakout role of assistant regional manager/assistant to the regional manager Dwight.

Assistant favorite Qb, or assistant to your favorite Qb? https://t.co/LCl34Emxum

Allen will get a chance to make his own memories on the Peacock Network this Sunday, as the Bills will partake in the prime time night game against the Pittsburgh Steelers (8:20 p.m. ET, NBC).

The Bills’ weren’t the only AFC East representatives on the Player of the Week ledger this week. New England punt returner Gunner Olszewski took home the special teams edition, while Miami’s Kyle Van Noy was named the top defender. Elsewhere in New York, Leonard Williams of the Giants took home that NFC’s Defensive Player of the Week honor for his efforts in an upset win in Seattle.