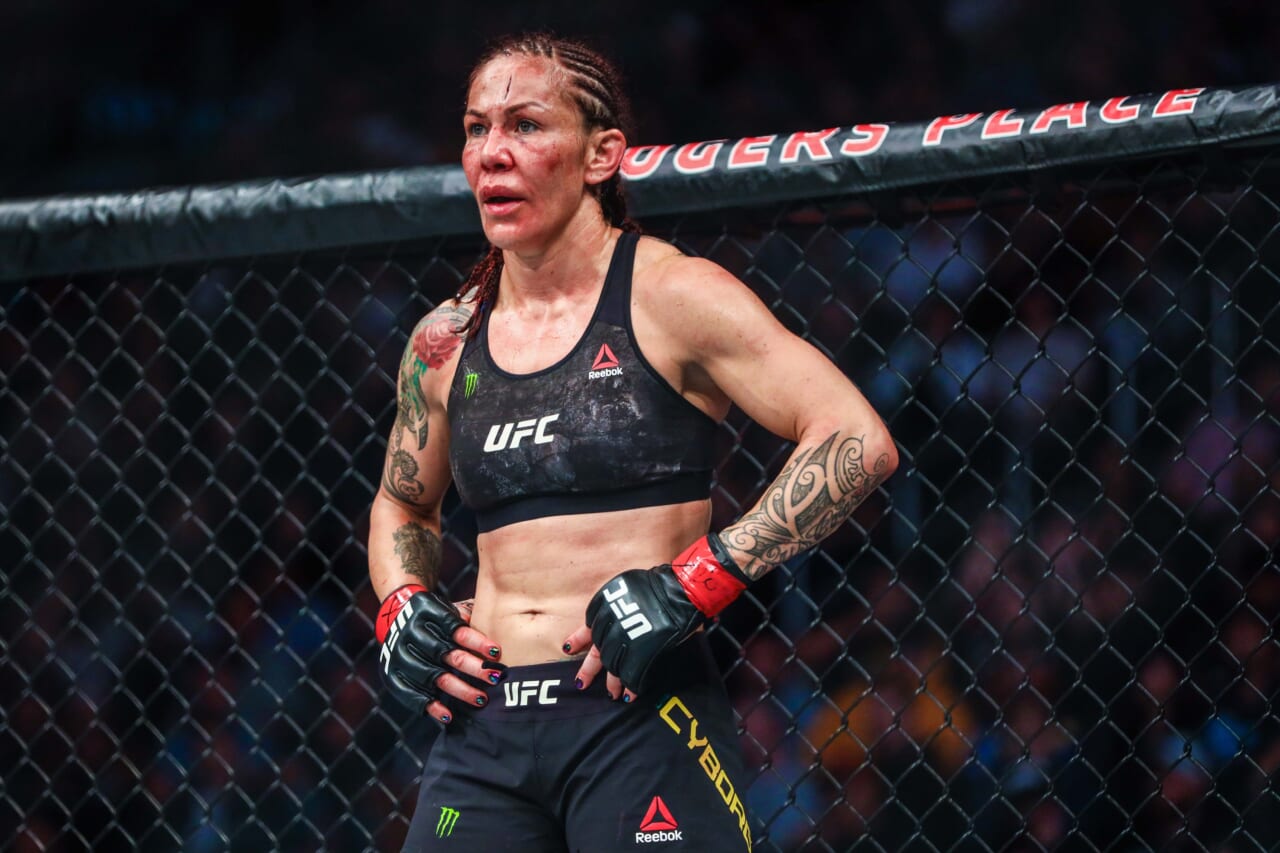 Tonight in the main event of Bellator 271, the women’s featherweight title is on the line. One of the best to ever do it, Cris Cyborg (24-2), is back to defend her featherweight crown. Standing across the cage from her will be Ireland’s Sinead Kavanagh (7-4).

Kavanagh got off to a really good start in her MMA career. She won her first three fights which earned her a shot with Bellator. She won her debut to start out 4-0, but since then, it’s been a mixed bag in terms of results.

Kavanagh lost two in a row before getting a first round knockout win and then dropping two fights in a row again. However, since that last losing streak, Kavanagh bounced back well winning two straight. Her last win came in October of 2020 in the form of a decision over Katharina Lehner.

There might not be a more fitting name in all of MMA than Cyborg for Cris Justino. Cyborg has been nothing short of dominant since starting in MMA. After losing her debut, she’s gone 24-1 with her lone loss being to the GOAT, Amanda Nunes.

Let’s be honest, it’s going to be a very steep mountain to climb for Sinead Kavanagh tonight at Bellator 271. She does have good boxing and we’ve seen her put her opponents away in the past with her hands. However, Cyborg is just another animal and she has the ability to dictate where the fight takes place.

There’s a huge difference in terms of the power. Cyborg has the advantage on the feet, but even if Kavanagh landed something big to get the attention of Cyborg, Cyborg can just take the fight to the ground with her incredible grappling.

Kayla Harrison is going to be cageside for Bellator 271 and I think Cris Cyborg is going to send a message to the hottest free agent in MMA. I expect a very dominant yet methodical performance from Cyborg. Expecting a masterclass in the first round before a brutal stoppage in the second.

Prediction: Cris Cyborg by TKO – Round 2