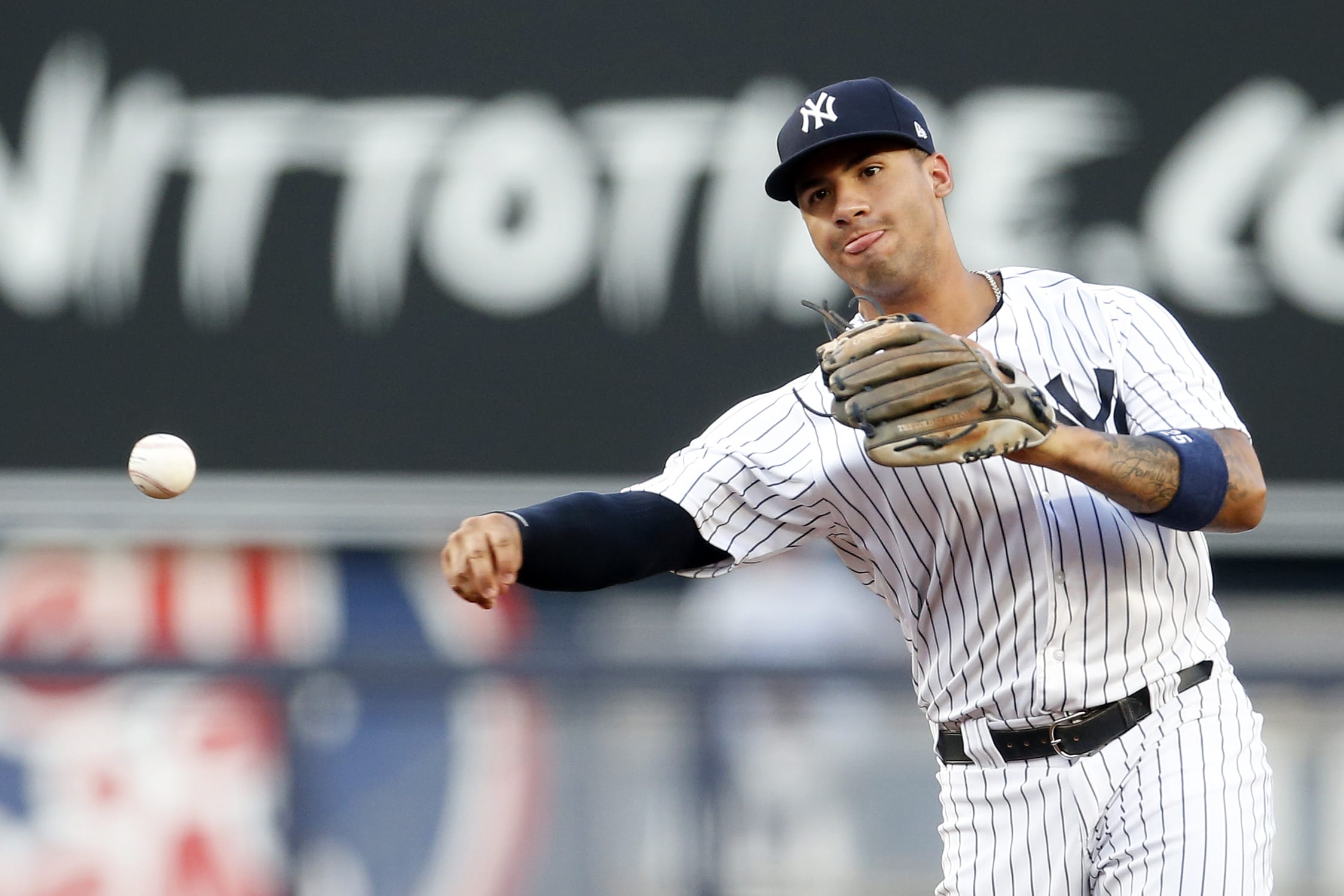 The New York Yankees made their play early into the 2019 offseason who their future at shortstop was. And they were tipping their hand during the 2019 regular season when rumors over their parting of ways with Didi Gregorius started coming out. It’s been clear for a while they intended to move Gleyber back to shortstop.

But is his Spring Training starting to show how much of a mistake that was?

I’ve Said it Before, I’ll Say it Again, He’s a Better Second Baseman

As George King and Ken Davidoff point we in the New York Post, Gleyber committed most of his errors last season at shortstop. And he played most of his games in the field at short. Out of the 20 errors he made last season combined, 11 were at short. He’s also committed 5 errors in 10 games in Spring Training.

I’ve argued before that “You can’t use a poor Spring Training performance as insight for the season to come”. But I’ve also pointed out the troubles defensively Gleyber has had defensively at short in the big leagues. This should be concerning for the Yankees, as it’s clear they want DJ to be their starting second baseman.

When Do You Consider the Move a Failure?

Sanchez had 2018 to forget, both offensively and defensively. With Judge being consistently hurt, Torres is becoming a lynchpin in that batting order. If his defensive woes at short continue, and he can’t figure it out, does that impact his offense the same way Sanchez’s defensive woes in 2018 effected him? Chuck Knoblauch saw his offense nose dive in the ’90s after his defensive instability became more obvious. And we’re talking about a former Gold Glove-winning second baseman.

This should concern the Yankees.

If the New York Yankees have to move Gleyber back to second, you have to decide who you’re going to keep. If you want to keep DJ and want him to play, his second position on the field is third base. That’s the position currently occupied by Gio Urshela. Urshela is several years younger than DJ, and the analytics are going to show (and the Yankees are all in on analytics right now), that would mean they go with Urshela.

But what if Urshela regresses to what he was pre-2019 offensively? What if Urshela’s defensive liabilities (according to FanGraphs, he was the second worse defensive third baseman in baseball last season, showing a natural progression for Andujar if he was healthy), do you move Torres back to second, DJ to third, and have Wade as your shortstop, to then trade for a shortstop at the deadline?

The fact that the Yankees couldn’t find the same stats I found on Torre’s Defense is alarming. And the fact that his defensive liabilities at short are becoming more obvious makes you question why they didn’t just resign Didi in the first place. 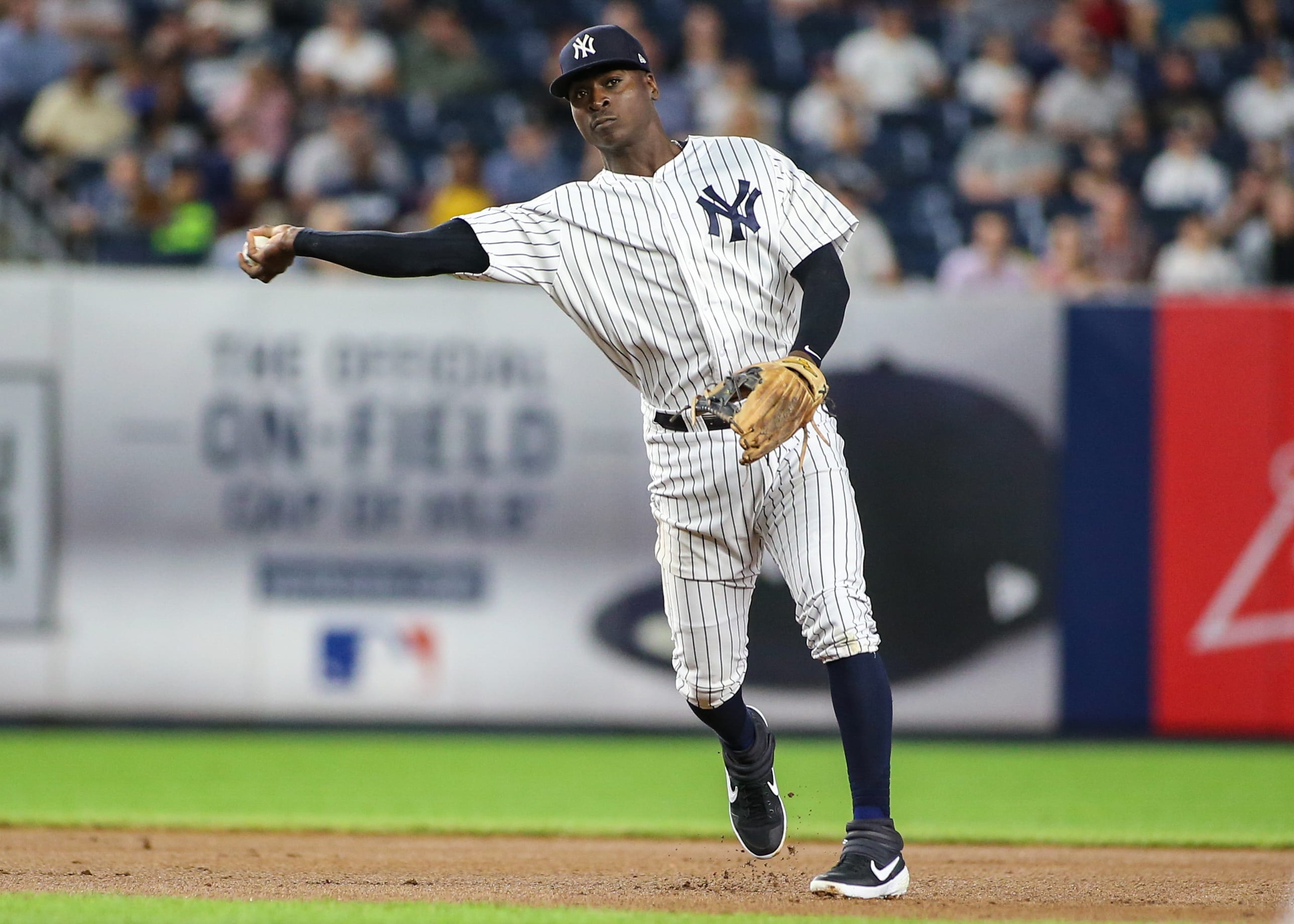 The New York Yankees created a depth crisis for themselves at shortstop in not offering Didi Gregorius a contract. The only position that’s in more dire need of attention is our starting pitching.

Just how bad is it?

In my last breakdown of the Yankees depth, I talked about how much of a mistake it would be to move Gleyber Torres over to shortstop. He’s far and away from a better second baseman than shortstop on a professional level. And you can’t move DJ over there because he only has a handful of innings playing the position as a pro, and they never hit him the ball in those innings.

That leaves career benchwarmer/utility man Tyler Wade and rookie utility man Thairo Estrada. For the Yankees to turn to one of them as their everyday shortstop in 2020 is ludicrous. It’s not out of the question that this could happen down the line, but most definitely not for 2020.

What about the minors?

The highest prospect we have at the position is Anthony Volpe, who we drafted this year. He’s expected to be major league ready by 2023 at the earliest. It could be longer as Volpe is only 18, and may be putting off playing to get his degree. Volpe is our 10th best prospect.

The next best prospect is Josh Smith, who’s currently at the short season single A level Staten Island Yankees. He’s projected to join the show in 2022. He’s 18 on the Yankees prospect list.

Then there is Oswald Peraza, who’s playing for the A affiliate Charleston River Dogs. He’s also projected to be MLB ready by 2022 and is 28th on the list.

So… no matter what… we have to bridge the gap to AT LEAST 2022 before a homegrown shortstop is ready?! And this is at the earliest.

The Choice is Clear

Resign Didi to a 3 year, $36 million contract. That’s $12 million a year, ensuring those kids only come up when they’re ready. And that’s $5 million less than what they’d pay him on the qualifying offer. 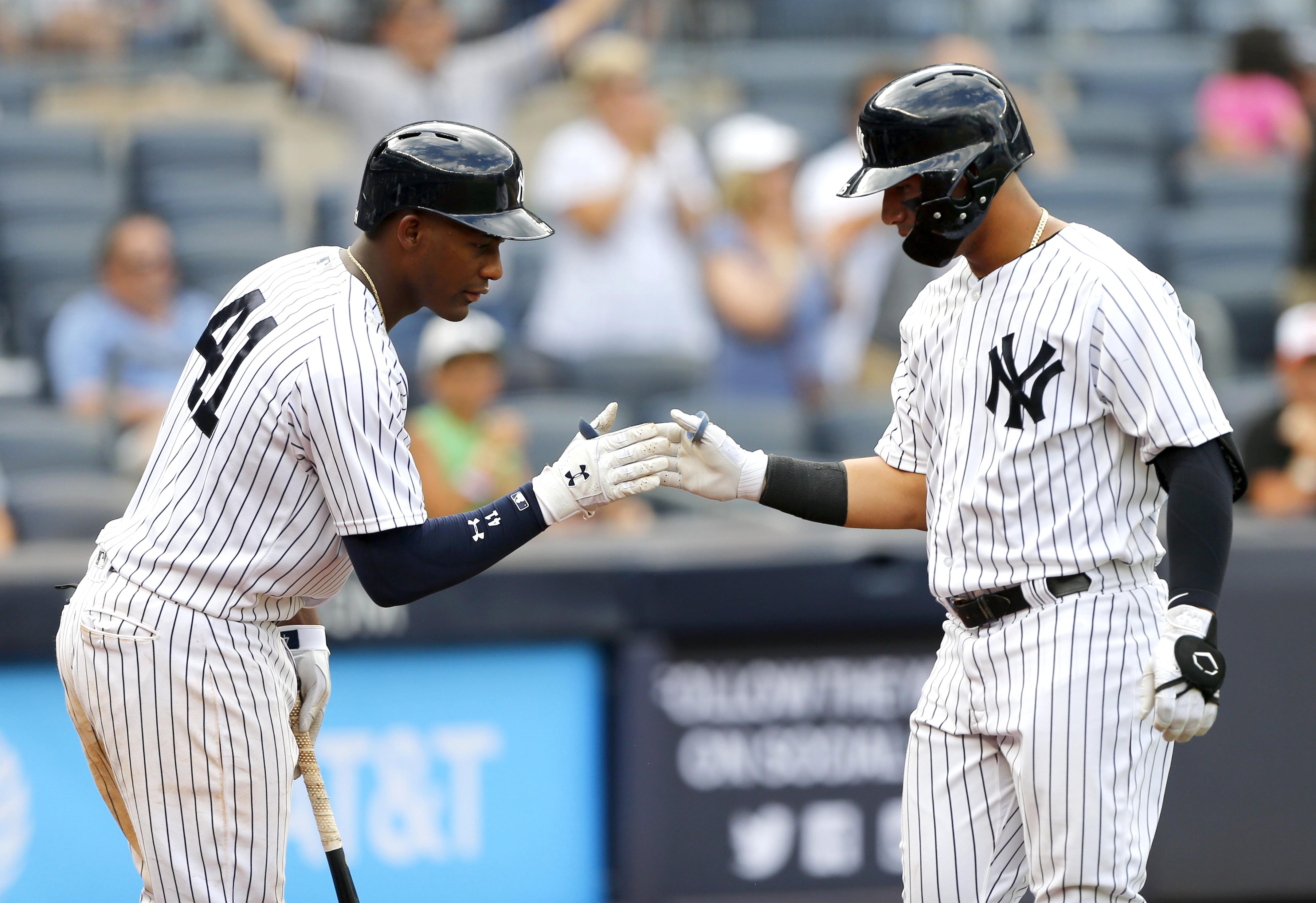 Once they came, they made immediate impacts including multiple walk-off hits and big home-runs. Both players had WAR’s over 2.0. Many baseball fans always worry about the dreaded “sophomore slump” that many players go through after a successful first season in the big leagues.

With Didi Gregorius out with an injury, the Yankees are relying on Torres and Andujar to pick up the slack on both the offensive and defensive end.

So many extra-base hits for the Yankees:

Combined between Torres and Andujar, the two had a total of 95 extra-base hits last season. Miguel Andujar brought more power between the two, but Torres could put one out or get a double when he needed to.  In 2018, Andujar tied the record for most doubles by a rookie in the American League with 47.

As he continued to go through the season, people began to compare him to Manny Machado who early in his career had a lot of doubles, and as he developed he turned them into home runs.

Machado had 51 doubles in his first full season. His first time up was long enough to count him as a rookie, so if he was a rookie in 2013 when he had all of those doubles, Andujar wouldn’t have a share of the rookie record. The Yankees are hoping that Andujar put enough muscle onto his body this winter to do the same thing Machado did with his hitting.

Fielding was a weakness:

Once the end of last season rolled around, Andujar had the worst third base fielding in the MLB, with his fielding percentage less than 95 percent. His glove wasn’t the issue, most of the mistakes he made were just throwing and judgment errors, including his baseball IQ. Andujar has been working hard during the winter to improve his fielding so he can continue to have a starting spot.

Last year at times, Andujar would be removed late from the game and replaced with Neil Walker or Ronald Torreyes. With both players gone, he doesn’t have much of a backup, DJ LeMahieu being the most likely.

Torres’ fielding percentage was just a hair over 96 percent, with his shortstop fielding percentage under 93 percent. That number is slightly concerning, as he likely could be the opening day shortstop with LeMahieu at second. The hype on Torres was his strong defense, and he did make several great plays last season but booted some of the easier ones.

Poor play on defense sometimes leads a player to have poor hitting, and if their poor defense continues in 2019, they may have some trouble at-bat. They need to keep that same mindset at the plate, and more strength may lead to more home runs. Hopefully, Miguel Andujar and Gleyber Torres can avoid the “sophomore slump” in 2019 and make an impact on both sides of the ball.