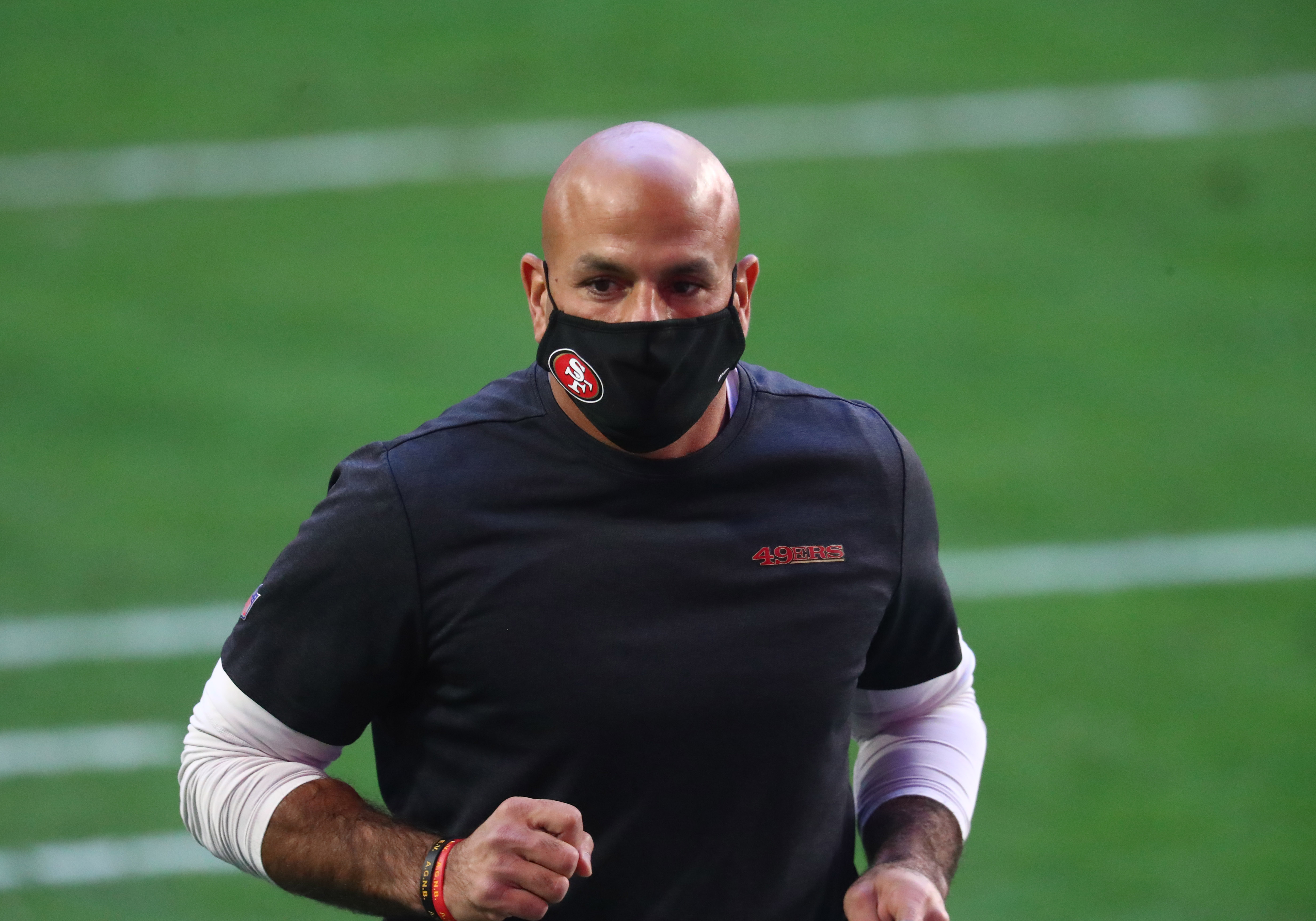 The New York Jets got their guy. Per Josina Anderson of ESPN, the Jets have reached an agreement with San Francisco 49ers defensive coordinator Robert Saleh to become the next head coach. Saleh was expected by many to be the favorite for the Detroit Lions gig coming into the offseason, but Joe Douglas and company got the guy they wanted.

Saleh is the CEO

Anyone who knows Saleh gives him rave reviews. He is a fiery and passionate leader capable of willing his men to victory. Look no further than the defensive success without stars like Nick Bosa this past season.

Saleh has the love for the game and leadership capabilities to be the true CEO the Jets long for. Saleh is inked to a five-year deal, which matches the duration of the remainder of Joe Douglas’s deal. The team finally got their coach and front office on the same page with a hire. Now, Douglas and Saleh will lead the next era of gang green football.

As Saleh looks to fill his staff next and the team has many questions to answer, like who is the quarterback of the future? The first big move Saleh can make towards figuring that out is bringing in a brilliant offensive mind. Look for Mike LaFleur, brother of Titans coach Matt LaFleur to be the hire. For now, though, one thing is for certain. Rejoice, Jets fans, this time, they really did get it right.