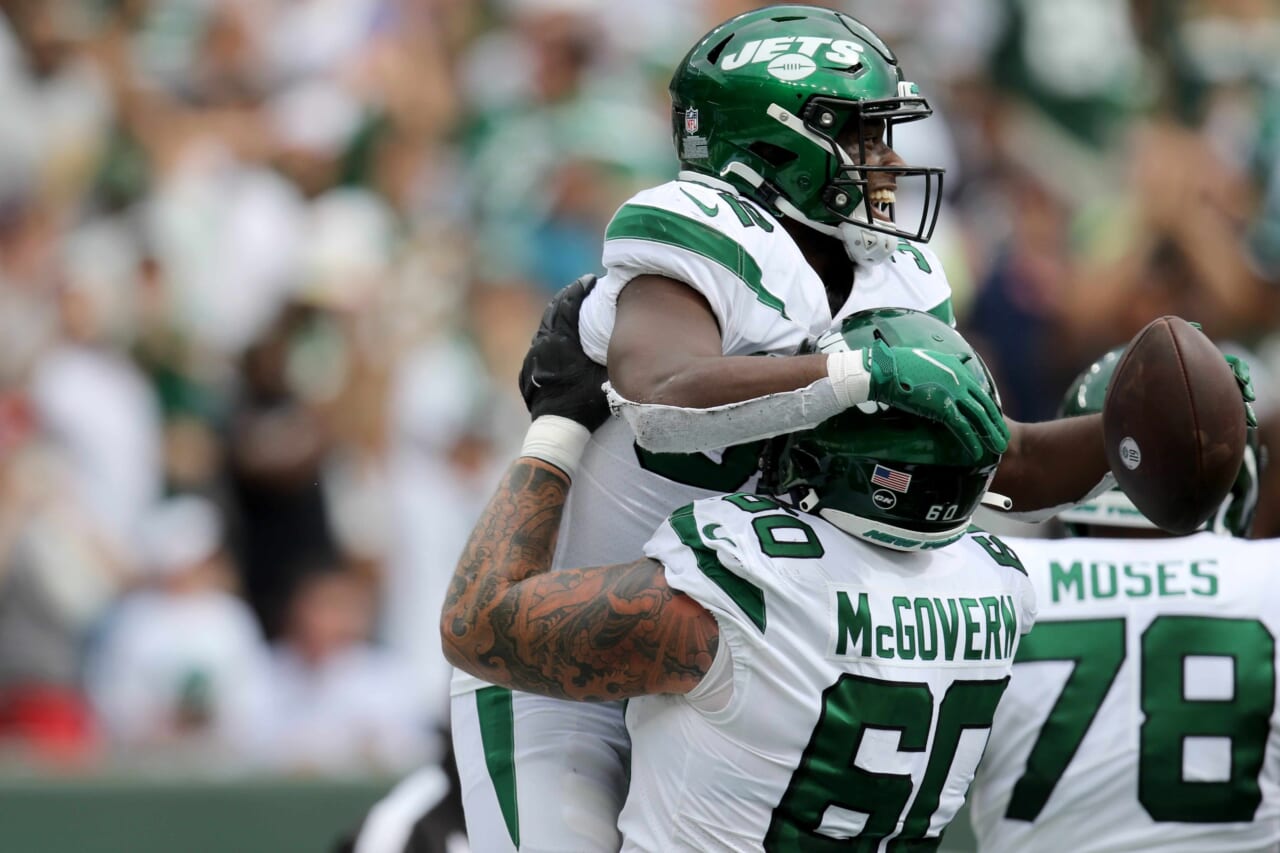 It took all 60 minutes and then some, but the New York Jets earned their first win of the season in an overtime thriller over Tennessee.

New York Jets fans waited four weeks for their first win of the 2021 season…a nearly ten-minute extension was nothing.

Zach Wilson threw for 297 yards and two touchdown passes in conjunction with a strong defensive effort that was able to withstand 157 rushing yards from Derrick Henry en route to a 27-24 victory over the Tennessee Titans on Sunday afternoon at MetLife Stadium. It’s the first win for both Wilson and Jets head coach Robert Saleh, as well as the Jets’ first over triumph since December 2020.

New York (1-3) earned seven sacks of Ryan Tannehill, their best output since a November 2017 showdown with Buffalo. The Jets erased an early 9-0 lead built through Randy Bullock’s field goals to earn the fateful triumph, as Wilson found Jamison Crowder (making his season debut) and former Titan Corey Davis to give the Jets a lead in the final frame.

Though Tennessee tied it on a Ryan Tannehill touchdown pass to Cameron Batson with 19 seconds to go in regulation, the Jets eternally secured the lead in overtime through a 22-yard field goal from Matt Ammendola. The defense then forced Bullock into a missed 49-yarder with 15 ticks left in the extra session to send East Rutherford into hysterics.

With their first victory in hand, the Jets will now head overseas to battle the Atlanta Falcons in London next Sunday (9:30 a.m. ET, NFL Network).

Wilson broke away from the gridiron cesspool that the rookie quarterback class of 2021 stumbled into. Things threatened to spiral out of control when another “unearned run” hit the board (an interception that landed in the hands of Kristian Fulton when Davis fell tripped while running a route), but instead recovered to post the best numbers of his infantile career. Wilson, most importantly, looked composed when Tennessee upped the pressure and moved around well in the pocket, primarily on the 53-yard scoring tally that allowed Davis his revenge.

Quinnen Williams with a Sack ðŸ˜¤ðŸ”¥pic.twitter.com/uUBIjm6C1i

The Williams brothers have flourished while working with each other and united to make NFL history on Sunday: united for three takedowns of Tannehill, they become the first fraternal pair to earn a sack in the same game since it became an official statistic in 1982. Quinnen has appeared to have rediscovered his pass rush groove, having earned 3.5 sacks over the last two games. Sunday was a particularly emotional experience for Quinnen and Quincy, as Sunday marked the Jets’ celebration of the NFL’s “Crucial Catch” initiative that raises awareness and donations for cancer battles. The two lost their mother to cancer as teenagers and met with survivors prior to kickoff.

When should the John Franklin-Myers Pro Bowl campaign commence: now or two weeks ago? Franklin-Myers got back on the sack ledger with a takedown of Tannehill in the first half and continues to establish himself as a premier pass-rushing threat. In addition to his sack, the former Ram had three further pressures and creating a full-scale invasion when the Titans lost some of their premier blockers to injuries. He dealt with some injuries himself, with the game stopping twice so medical examiners could get a look at him, but he wound up finishing the contest. Franklin-Myers is set to enter free agency this offseason; could the Jets have finally found a defender that they can convince to stick around for the long term? 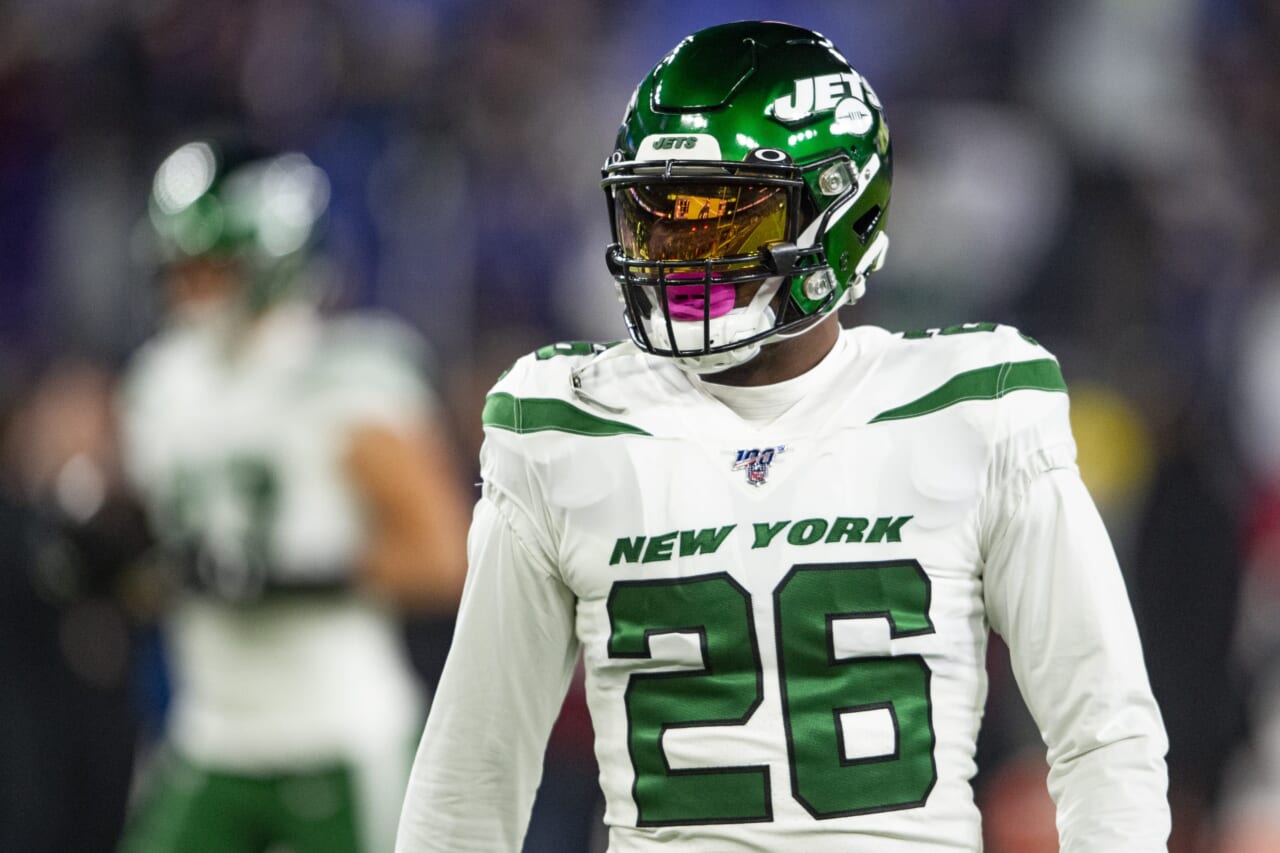 Things did not go the way Adam Gase expected them to his first season with the New York Jets. Some of the problems he faced were out of his control (Sam Darnoldâ€™s mono), and some he could control (why wonâ€™t he give Bell the ball?). But to argue Gase should be fired because Ryan Tannehill â€œleadingâ€ the Titans to the AFC Championship game is lunacy in the highest order.

The other reason why we canâ€™t fault Gase by using Tannehill is the Titans didnâ€™t start Tannehill until they went 2-4. So with about half the season over, they make the switch and had to have EVERYTHING fall their way to get into the Wild Card game against the Patriots. Do you know who else was in the same boat as the Titans? The Oakland Raiders. They ALMOST were the Titans this year. And if they were, weâ€™d more than likely be staring Baltimore v KC in the mouth for Sundayâ€™s game.

Look at the Titans offense these last two games. Against the Pats, he went 8-15, for 72 yards, a TD, and a pick. Saturday, in Baltimore, he went 7-14, with 88 yards, and 2 TD. Derrick Henry has been the reason the Titans have won these games. So how can you cite what â€œGase did to Tannehill, and look at the Titans now,â€ as proof why Gase needs to be fired? Itâ€™s just sheer lunacy!