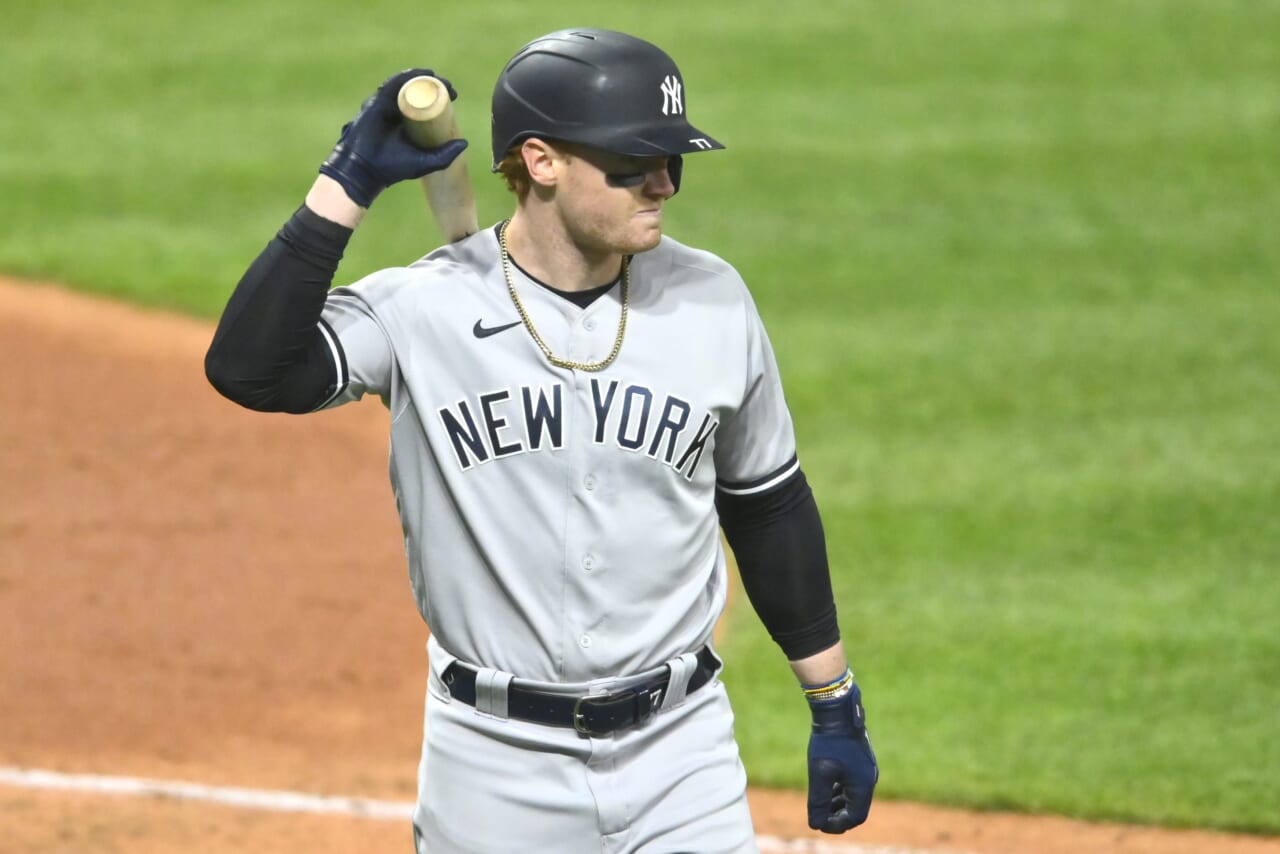 The New York Yankees announced a small trade on Friday, acquiring TJ Rumfield and Joel Valdez from the Philadelphia Phillies, but they made several other interesting moves, leaving a few contributors from the 2021 season unprotected from other teams on the waiver wire.

Once promising outfielder Clint Frazier might have seen his career in pinstripes come to an end, as New York designated him for assignment and opened up a roster spot for a prospect. This allows another team to snag Frazier off the waiver wire potentially, and if heâ€™s not, the Yankees can assign him to the minor leagues where he could become a free agent if he rejects.

Frazier is coming off a tumultuous campaign at 27-years-old, playing in just 66 games with a .186 batting average, five homers, and 15 RBIs. Clint has been wildly inconsistent throughout his career but has posted some decent numbers over smaller sample sizes, notably in 2019, when he recorded a .267 average with 12 homers and 38 RBIs.

–GM Brian Cashman FINALLY executes a trade, but not one we hoped forÂ

The former first-round selection has struggled with taking steps forward in his development, mainly due to injuries. He dealt with migraines this past season, something he suffered with in the past. After making his major league debut in 2017, Frazier has never enjoyed more than 246 plate appearances in a single season. While his defense has improved significantly, the Yankees simply need a more reliable option in the outfield, and it seems they have given up on Frazier at this point in time.

In addition to Clint, the Yankees also designated for assignment Rougned Odor and Tyler Wade, two players who featured in over 100 games this past year. Odor posted a .202 average with 15 homers and 39 RBIs, recording a 27.7% strikeout rate. Odor has some pop to his bat but is a low contact hitter and struggled with consistency. He offered a stopgap due to injuries in the infield but otherwise wasnâ€™t very productive.

Wade, on the other hand, posted a .268 average with five RBIs and 17 stolen bases. Wade is versatile in the outfield and has excellent speed but simply doesnâ€™t offer enough power to be in the Yankees’ lineup regularly. He was a last resort for most spots but is a valuable depth piece and situational runner on the base paths.

Because of these three moves, the Yankees were able to protect Stephen Ridings, Ron Marinaccio, Oswaldo Cabrera, Everson Pereira, and JP Sears from the Rule 5 draft.