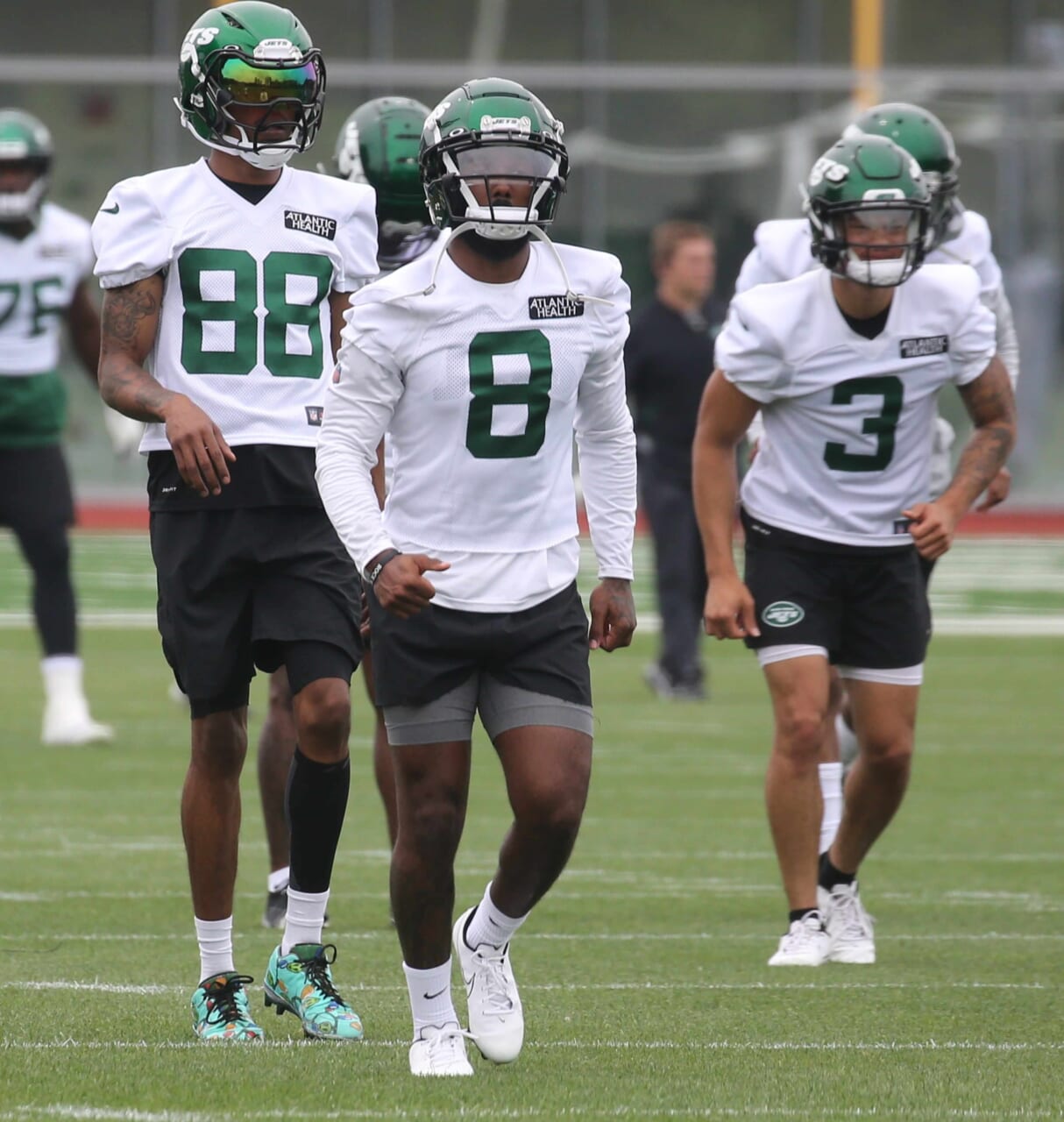 Zach Wilson, Moore’s presumed franchise quarterback, is the only Jets draft pick who has yet to sign with the team, following their inking of Alijah Vera-Tucker on Tuesday night.

“Moore is a dangerous playmaker who is a threat to score and rip off long gains on any reception,” WalterFootball’s Charlie Campbell said of Moore prior to the draft. “With his speed off the line and his second gear, Moore is fast through his route and his burst out of his breaks consistently creates separation. He is deadly on double moves because his route running and suddenness allow him to get open downfield while challenging defenses vertically.”

Moore has shown no hesitation sharing the wealth of his newfound NFL windfall; over the weekend, a video posted on his Instagram account documented a promise to his mother Elisa to pay off her debts while partying with friends and family off the coast of Miami.

Jets rookies reported to One Jets Drive in Florham Park for training camp on Tuesday, while veterans are set to arrive on July 27.