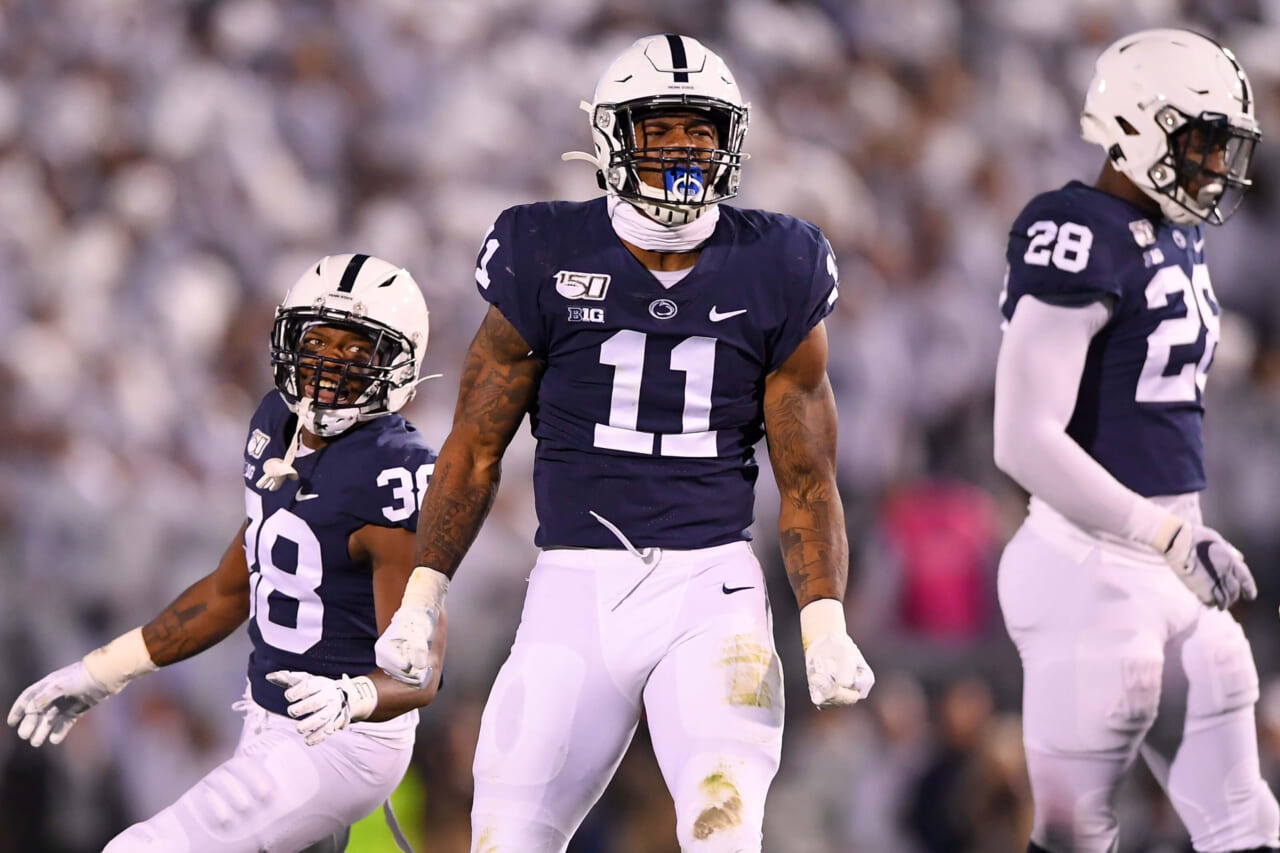 The New York Giants are entering another crucial roster-building offseason. The biggest point of emphasis for the GIants’ front office this offseason is to revamp the offense. New York’s offense was pitiful in 2020 and they need to fix that to find success in 2021.

This has led many fans and analysts to speculate that the Giants will spend their first-round pick in the 2021 NFL Draft on an offensive weapon. The Giants hold the eleventh overall pick in this year’s draft. This puts the team in perfect position to draft a top-tier wide receiver or tight end. But there are reasons to believe that the Giants could go defense with their number eleven pick in April.

The Giants have a plethora of weaknesses on their roster. Ideally, fans would like to see the Giants add another talented cornerback to the mix and improve the pass-rush. Additionally, the Giants need to find their new offensive weapon. The Giants had interest in trading for Kenny Golladay back in October, so it is likely that they will pursue a wide receiver in free agency.

If the Giants do land one of those big-name free agent wide receivers, they could look to fill another one of those needs in the draft. The top of this year’s draft class features some prominent defensive prospects.

The Giants might not need to spend their first-round pick to get an offensive weapon. The 2021 NFL Draft class is loaded with wide receiver talent. There are prospects that will be available in the second and third rounds that have the potential to be quality starters in the NFL.

New York needs a new primary wide receiver for Daniel Jones to rely on in the passing game. If the Giants are unable to acquire one in free agency, it is likely that they will draft one in the first round, but it is not necessarily a guarantee. There are some very talented defensive prospects that the Giants could consider at eleven, before drafting a talented receiving option in the second round.

Micah Parsons, Caleb Farley, Gregory Rousseau, and other defenders might be enticing options for the Giants in the first round. Parsons is a rare linebacker prospect that could revolutionize the Giants’ defense. Farley is an intriguing cornerback option that could fill a huge hole in New York’s secondary. And Rousseau is a talented pass-rusher that could fill another need for the Giants on defense.

Taking one of these players in the first round would open up the possibility for the Giants to take a second-round wide receiver prospect. The electric Rondale Moore could be available in round two, as well as the human-joystick Kadarius Toney. This is a year where a team could realistically find a number one receiver in the second round. This could allow the New York Giants to draft a defensive prospect in round one. 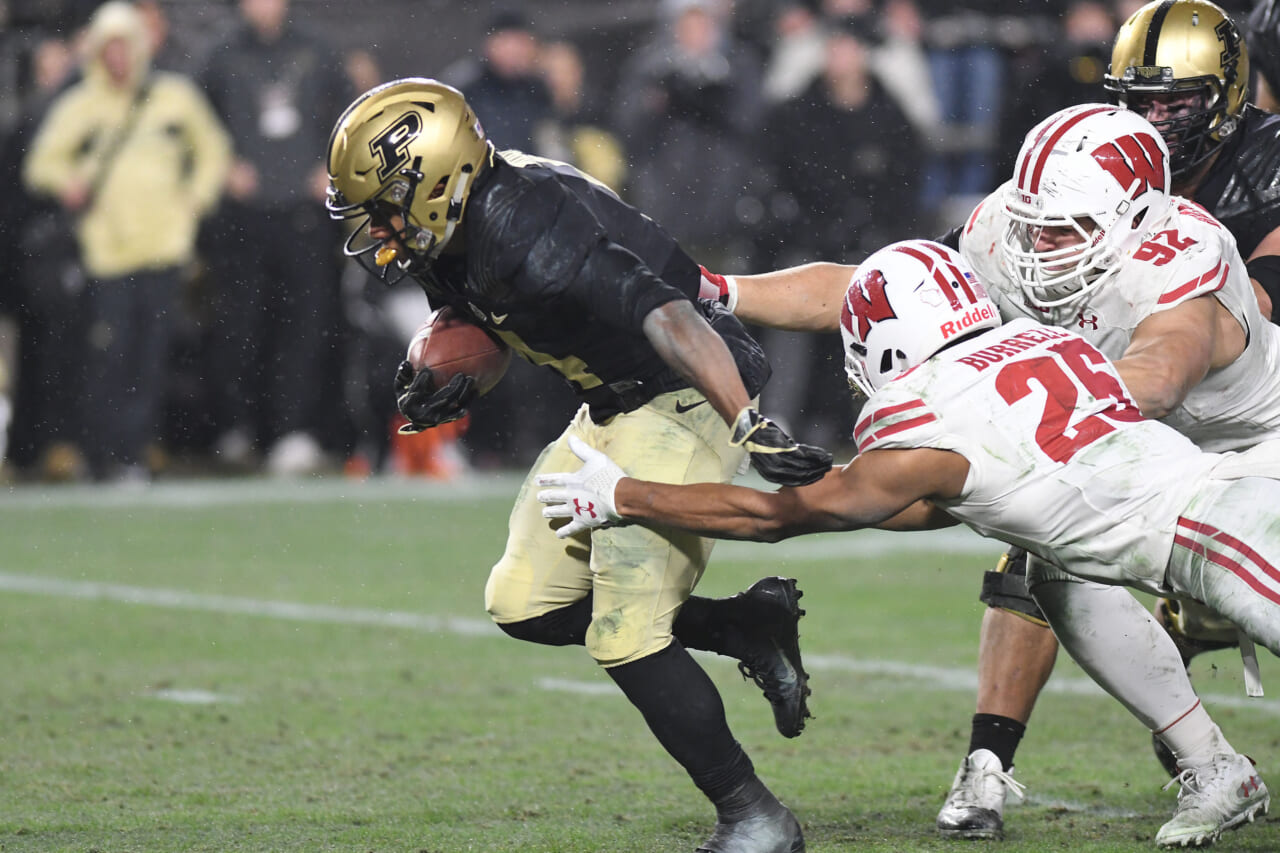 The New York Giants desperately need an electrifying playmaker on offense, and it is possible they look to the 2021 NFL draft to solve their problems. With the salary cap expected to drop a maximum of $25 million this off-season, teams will be shedding dead weight to try and save money. The Giants donâ€™t have much to spend, even after they cut LT Nate Solder and wide receiver Golden Tate. That would provide them an additional $16 million in free agency, and the expectation is that they will dive into the wide receiver market this off-season.

Despite their interest in bolstering Daniel Jones’ weapons, the NFL draft offers plenty of solid pass catchers in the first two rounds. The Giants have been linked to receivers DeVonta Smith, Jaylen Waddle, and hybrid tight end Kyle Pitts in the first round. Thereâ€™s no guarantee any of the three will be available with the 11th overall pick, so the Giants might be looking to find an electrifying playmaker in the second round.

The New York Giants could look to a Purdue standout:

One phenomenal athlete is Rondale Moore from Purdue, who is listed at 5-foot-9 and 180 pounds. He was a four-star recruit coming out of high school, setting records for Trinity High School with 104 receptions, 1,461 yards, and 16 touchdowns in 2017. His production in college was equally as mesmerizing, despite suffering through multiple injuries over the last two seasons. In 2018, he enjoyed 753 healthy snaps, recording 1,258 yards and 12 touchdowns.

Moore primarily features in the slot, playing 688 snaps out of 753 two years ago. Ever since then, heâ€™s dealt with lower-body injuries that have significantly limited his production and action. However, when heâ€™s fully capable and healthy, he has a similar play-style to Tyreek Hill, with dynamism and quick-twitch abilities to pick up extra yards in the open field.

Whenever Rondale Moore has the ball, you feel an anxious energy like he might just do something amazing. That's a rare trait. He takes a little shovel pass and then shows that he's just the best athlete on the field. pic.twitter.com/3RSD75DF5d

At the NFL level, Moore can fit an extremely diverse role with a creative play-calling scheme centered around getting him the ball in the backfield and in open space. The primary issue with drafting him so early is his injury history, but his potential is just too attractive to pass on. Thereâ€™s a good chance he drops to number 43 in the second round for the Giants, and if that is the case, they should seriously consider selecting him.

A few additional notes, his ability to stop on a dime and change direction make him an elite playmaker within 10 yards. Having run a 4.33 40-yard dash out of high school, he has the speed to push the ball downfield but also work out of the slot and attack the shallows. Heâ€™s not exactly the WR the Giants are looking for, considering he primarily works out of the slot, where Sterling Shepard also resides.

Offensive coordinator Jason Garrett prefers a big body WR on the outside, which is something they can look to get in free agency if they want to take an electrifying player like Moore in the draft. With a limited route-tree, composed mainly of underneath routes and crossing options, he needs a bit of development with that part of his game. However, his ceiling is so high, and his natural athletic abilities are so impressive, it will be hard for any team to pass on him in a second round. 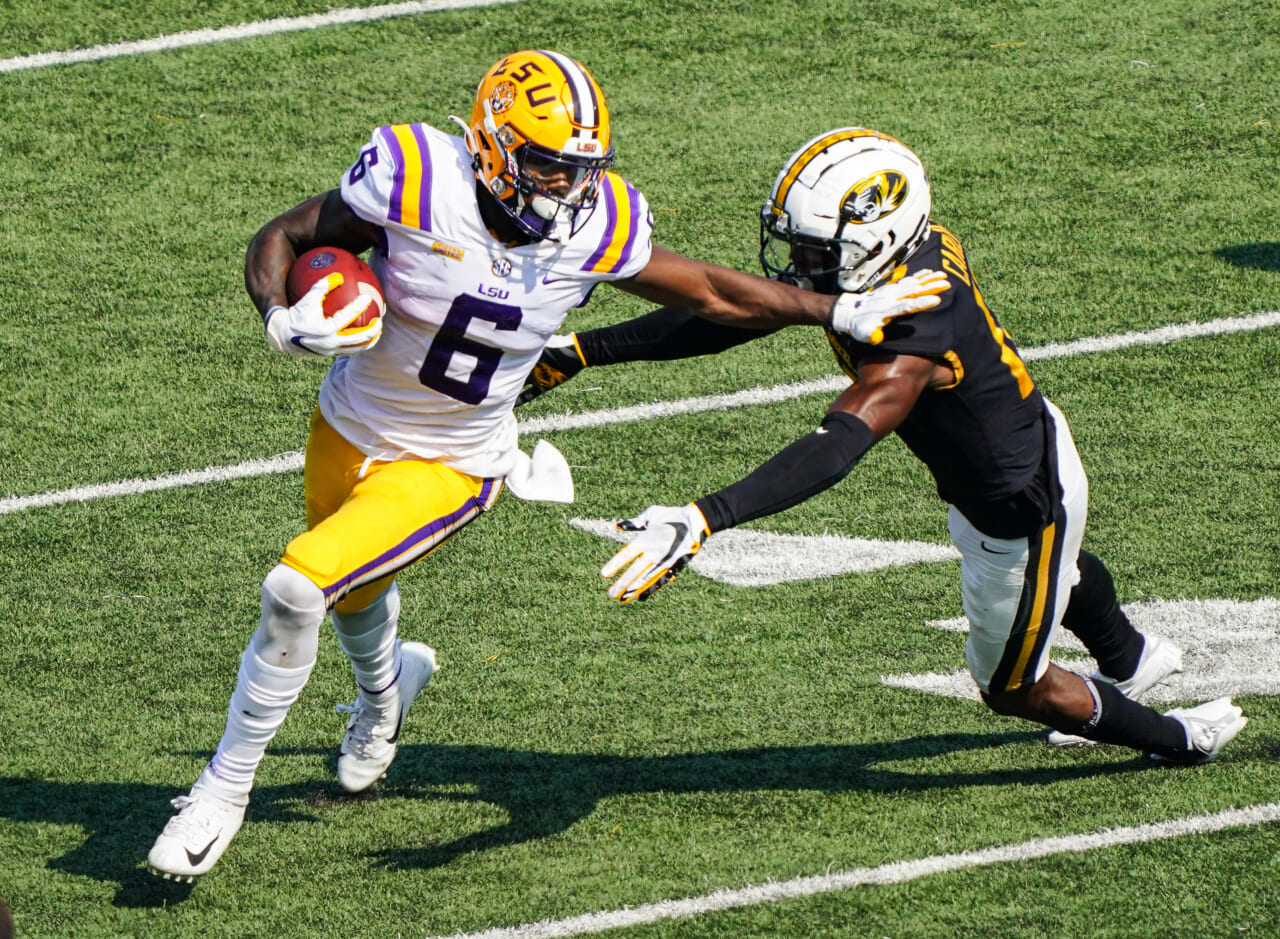 The New York Giants will be in the market for a wide receiver this offseason. Both general manager Dave Gettleman and co-owner John Mara promised to add playmakers to the offense this “roster-building” season. New York will certainly be targeting a receiving threat in free agency or the draft if they are not able to sign a top-tier playmaker.

Many Giants fans are in consensus agreement that their team needs to spend their eleventh overall pick in the 2021 NFL Draft on a wide receiver. While the position is certainly a great need for New York, they should not feel like it is first round or nothing at wide receiver. There are a few enticing receiving options for the Giants to consider in the second round.

There are a few talented wide receivers that the New York Giants could target in the second round of the draft. The 2021 is a class loaded with premium wide receiver talent. This gives the Giants more opportunities to find their playmaker.

There are three wide receivers who are seemingly locked in as top-fifteen draft picks; Devonta Smith, Jaylen Waddle, and Ja’Marr Chase. But outside of this big three, there are other exciting receiver prospects that could be available down the line.

The LSU wide receiver getting all the buzz leading up to the draft is Ja’Marr Chase. Chase was dominant in 2019, totaling an insane Â 1,780 receiving yards with 20 receiving touchdowns. But Chase was also playing alongside another playmaker in the LSU receiving corpse.

Terrace Marshall Jr. played that complimentary, WR2 role in LSU’s offense in 2019. As the secondary receiver, Terrace recorded 671 yards and 13 touchdowns. Moving into a more expanded role in 2020, Marshall was legit, racking up 731 yards and 10 touchdowns in only 7 games.

Marshall averaged more than 100 receiving yards per game as the primary target in LSU’s 2020 offensive attack. Terrace has something that the receivers on the Giants’ roster do not have: size. New York’s tallest starting receiver is Darius Slayton at 6 feet 1 inch, 190 pounds. Terrace Marshall is 6 feet 3 inches, 200 pounds. Marshall could be a solid big-body outside wide receiver option for the Giants, something they are currently lacking in their offensive scheme.

According to Joe Marino of The Draft Network, Terrace Marshall Jr. “offers terrific size, physicality, hands, ball skills, run after catch ability, route-running skills, and overall technical-refinement.” Terrace would be a perfect fit for the Giants if they go wide receiver in round two.

Playing at Purdue for the last three years, Rondale is listed at only 5 feet 9 inches and has drawn comparisons to elite Kansas City Chiefs wide receiver Tyreek Hill. Moore has reportedly ran a 4.33s forty-yard dash at Minnesota, giving him elite speed downfield.

Moore is a tough sell in round one, though, for good reason. Rondale is explosive and has elite athletic traits. But he has not been able to stay healthy throughout his collegiate career. Moore has dealt with lingering lower-body injuries since 2018 and missed the majority of the 2019 season. In 2020, Rondale opted out, then back into the season, but played in only three games. There has not been a lot of clarification as to the reason why he missed so much time in 2020. Moore could be injured, or could be healthy. He is likely injured, but there has been no confirmation.

Rondale Moore is interesting because he has an extremely high, atrium ceiling. But he also has a terrifyingly low, Mariana Trench floor. Will Rondale Moore ever be able to stay healthy and reach his potential? That is the crucial question. He has all of the elite athletic traits that creative playcallers dream about. But Moore’s inability to stay on the field might keep teams from taking a chance on him early on in the 2021 NFL Draft.

Drafting Rondale Moore would add another element currently foreign to the Giants’ offense. The Giants do not have a guy with game-breaking speed like Moore possesses. He is truly electric and could change the way New York’s offense attacks if they decide to take a chance on this risky round two prospect.